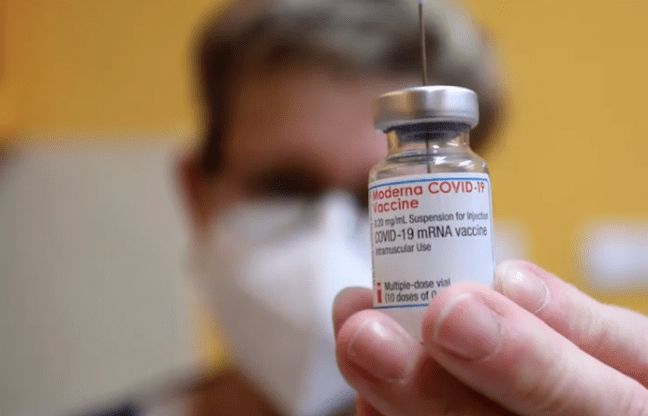 How resistant is Omicron to the current COVID-19 vaccine? (Image: Screenshot via YouTube)

COVID-19 — to be or not to be vaccinated is the question?

Finding the right and informed information to answer this question has created a great deal of angst and much confusion among the general public.

We have collated all the information from medical experts around the world about the different brands of vaccines presently available in Australia so that you can make an informed choice.

AstraZeneca was the first vaccine available in Australia. Currently, we have both Pfizer and Moderna on offer for people between the ages of 12 and 15, as well as those over the age of 60. This option will benefit those in the 60 and above age bracket who are concerned with AstraZeneca’s possible blood clotting side effect.

Presently, Australians can get a Moderna injection at their local pharmacy. Note that a new U.S.-made vaccine called Novavax will also be available at the end of this year. Novavax is currently being tested on adults aged 18 to 84 years. It most likely will be approved only for those aged over 18.

So how does each vaccine for COVID-19 work?

Both Pfizer and Moderna are mRNA vaccines that do not contain any weakened viral loads and are simply a man-made genetic code that instructs the body to make spike proteins (those spikes that you see in pictures of the Covid-19 virus).  These proteins then stimulate an immune response.  Moderna contains 100 micrograms of vaccine compared to Pfizer which only has 30 micrograms.

In contrast, AstraZeneca contains an inactive adenovirus. It’s a virus that can cause colds, bronchitis, and other illnesses, but when inactive, it is perfectly harmless. The adenovirus acts as a shell that carries a genetic code to make the cells produce that spike protein, triggering an immune response.

Novavax works differently from all of the above. It is like a traditional vaccine and contains a protein adjuvant, which is something that strengthens an immune response together with small parts of a tweaked version of the coronavirus spike protein.

The effectiveness of each vaccine

NOTE: Efficacy for each vaccine continues to change as more people get their injections and scientists come to learn more about how the vaccines work in the real world. We now also have more data about how effective the vaccines are after 5 to 6 months.

The latest information shows Pfizer’s efficacy is around 95 percent; as for the Delta variant, it sits at 88 percent. After 6 months, there is a huge drop to 80-84 percent and this continues to drop 22 percent every 30 days. However, the efficacy against hospitalization was still quite high at 88 percent to 93 percent.

With Novavax, there isn’t as much data because it hasn’t been used that much around the world due to production issues. According to trial data, Novavax’s efficacy is around 93 percent. If and when further credible data comes out for Novavax, we will let you know.

If you are worried about these vaccines containing genetic codes, experts tell us that these do not change or interact with a person’s DNA.

In terms of side effects, Moderna and Pfizer are quite similar as both have a very rare risk of heart muscle inflammation and some people do experience other side effects, such as fever, headache, pain, tiredness, and/or redness and swelling at the injection site.

AstraZeneca on the other hand has been linked to an occurring rare blood clotting condition.

Novavax is said to have substantially fewer side effects compared to the mRNA vaccines in their phase 3 trials, with only about 40 percent of people who receive Novavax reporting fatigue after the second dose, as compared with 65 percent for Moderna and more than 55 percent for Pfizer.

The latest data coming from Israel, a country leading the world with a 3rd booster shot, shows that two weeks after more than 1.1 million people over 60 had received their third dose, they were 11.3 times less likely to become infected with Delta.

A few things to consider; if you are vaccinated and you get infected with COVID-19, you probably won’t get too sick and your body will generate natural antibodies like a booster shot.

Currently, there is still not enough data to show how sick a vaccinated person can get every time they become infected in the future with COVID-19. As the protection from the vaccine wears off over time, your body may continue to generate enough antibodies needed to fight off the virus.

If hospitalizations rates don’t go up as more vaccinated people become infected in the future, then booster shots may be unnecessary. Another consideration is the shortage of vaccines worldwide. If first-world countries resort to taking booster shots, then the third-world countries will miss out on their first vaccinations.

In Australia, Health Minister Greg Hunt suggested it is likely we will be doing a booster shot 12 months after a person’s initial vaccination. In Israel, it is after 5 months and 8 months in the U.S.

It’s advised to have the same vaccine brand for the first 2 shots. Note that some studies in Europe have noticed that using a different brand of vaccine for the booster shot may give higher antibody levels.

In Australia, we have secured Pfizer, Moderna, and Novavax for booster shots if needed. AstraZeneca is still testing a variation to its vaccine to see if it can be used as a 3rd booster shot.

The drug company Merck made a breakthrough in developing an oral COVID-19 pill. This pill is claimed to be so effective that it can halve the chances of dying or being hospitalized due to COVID-19. With this news, Merck’s shares went up by 9 percent, while shares of the vaccine companies dropped 10 percent.

The pill works by interfering with the virus’s ability to copy its genetic code and reproducing itself. But early studies showed that the pill did not benefit patients who were already hospitalized with severe disease. There is no definitive conclusion on the side effects of the pill.