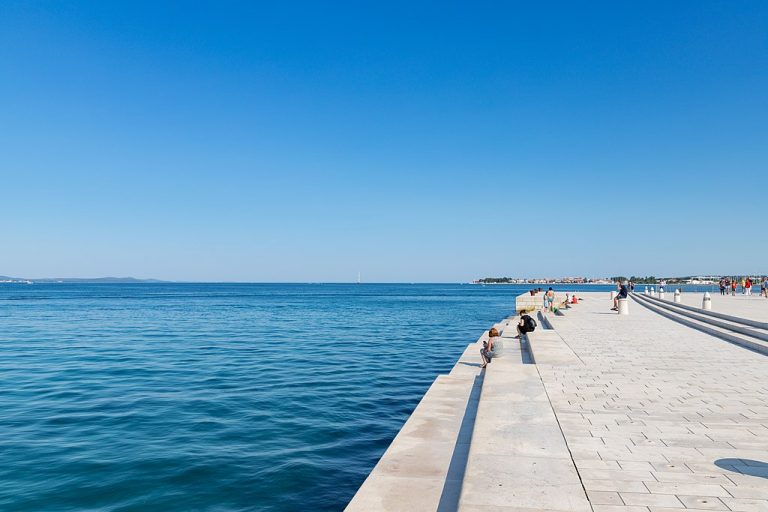 Steps of the Sea Organ in Zadar, Croatia. (Image: dronepicr via Wikimedia Commons)

Have you ever heard the ocean sing? Well, here is your chance. On the coast of Zadar in Croatia, there is a sea organ that will leave you mesmerized. The natural musical instrument gives a sense of unity between the architecture and its environment, leaving nature itself as the performer.

The haunting notes are produced by the movement of both the sea and wind.

This offers a never-ending concert of soothingly rhythmic music.

The person responsible for this amazing piece of architecture is Croatian architect Nikola Bašić.

The sea organ, or “morske orgulje,” is 230 feet (70 meters) long, and has 35 polyethylene tubes under the concrete, with musically tuned whistle openings on the sidewalk.

How the sea organ works

As the waves of varying strengths and wind enter the plastic tubes, the air is pushed through the series of tubes that are made in different diameters. Air is then pushed through the whistles that have been tuned to play seven chords of five different tones. The air holes along the top row of the steps let the sea organ breathe in air, which transforms into musical sounds.

Listen to the sea organ, and tell us what you think:

In 2006, this was a joint winner of the 2006 European Prize for Urban Public Space, which described it as the “perfect grandstand for watching the sunset over the sea.”