Fossils Reveal Humans Were a Greater Threat Than Climate Change 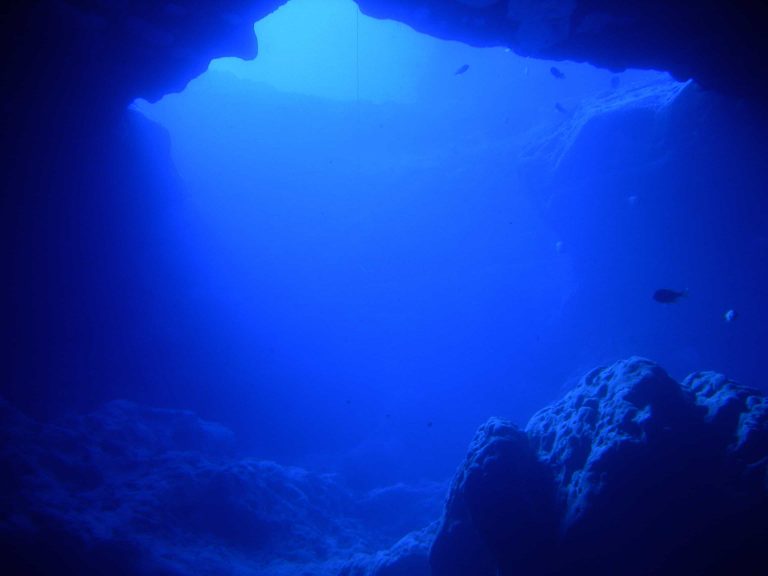 Researchers from the University of Florida have pulled almost 100 fossils from a flooded cave in the Bahamas. (Image: Heirbornstud via Dreamstime)

Researchers from the University of Florida have pulled almost 100 fossils from a flooded cave in the Bahamas, and the story they tell is one of triumph; that is until humans came into the picture. Out of 39 species examined, 22 of them disappeared after the arrival of humans some 1,000 years ago.

The 39 species that were examined no longer exist on Bahama’s Great Abaco Island. Researchers believe that 17 bird species had died around 10,000 years ago due to climate change and rising sea levels, near the end of the Ice Age.

Most disturbingly, they believe the remaining 22 species of birds, reptiles, and mammals had survived on the island beyond the Ice Age, only to go extinct after humans arrived. In the study, researchers said: “A graveyard of fossils at the bottom of a flooded sinkhole suggests humans caused more animals to go extinct than natural changes in the climate.”

Dave Steadman, ornithology curator at the Florida Museum of Natural History and lead author said in a media release: “What we see today is just a small snapshot of how species have existed for millions of years.”

Humans caused the extinction of many species

The species that existed on Abaco up until people arrived were survivors. They withstood a variety of environmental changes, but some could not adapt quickly or drastically enough to what happened when people showed up. So, there must be different mechanisms driving these two types of extinction,” said Steadman.

What is it about people that so many island species could not adapt to? “That’s what we want to find out”, said Steadman.

According to Live Science, the fossils were collected from Sawmill Sink, a forbidding blue hole in a pine forest on Abaco Island. The top 30 feet (nine meters) of the sinkhole is filled with clear fresh water that’s easy to dive into.

But underneath that is a 15- to 20-foot (4.5 to 6 meter) layer of opaque water, saturated with hydrogen sulfide that blocks out all light — and is corrosive to human skin. Still below that is a layer of saltwater depleted of the oxygen that would otherwise fuel the growth of bone-decaying fungus and bacteria.

It was in 2004 when expert cave diver Brian Kakuk — with the use of special protective equipment — was able to dive into the toxic layers and emerged with amazing photographs of animals, such as crocodiles and tortoises, with their skeletons completely intact. In 2007, scientists began to study the site and collect specimens.

“People think 1,000 years is a long time, but our study shows that we really need to start thinking in longer time-frames,” Steadman told Live Science.

“If we’re losing that high of a percentage over a millennium, is anything going to be left by the time we get to the next Ice Age? If you start looking at it in longer time-frames, an extinction rate of even 10 percent of the local fauna over 1,000 years is not sustainable in the long run.”