Woman in 60s Defies Odds and Becomes a Trapeze Artist 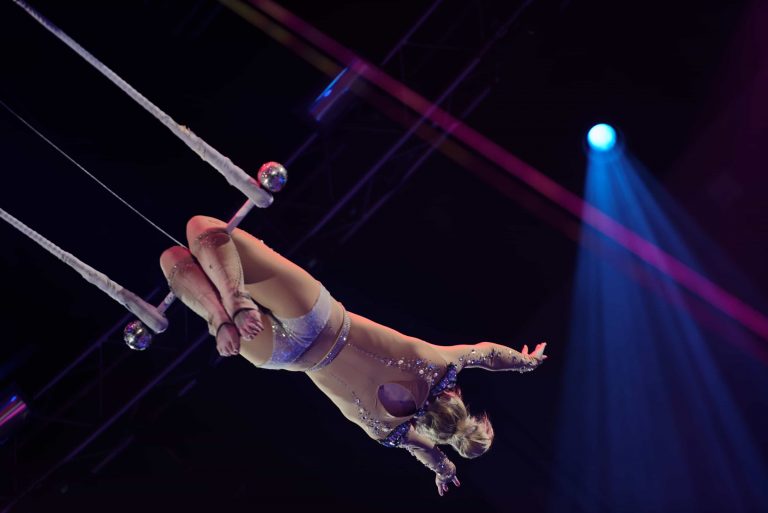 We all have visited circuses and have been surprised and amazed by the trapeze artist. (Image: Ukrphoto via Dreamstime)

We all have visited circuses and have been surprised and amazed by the trapeze artist. Their flexibility, control, and timing have mesmerized us. The majority of these artists are in their twenties or maximum thirties as the body starts losing agility after that but have you ever thought of a 65-year-old trapeze artist? Seems impossible and improbable, right? But once you know about Nikki Kenward, you will understand that age is just a number.

As a child, Nikki Kenward did not get many opportunities to play. Probably she made up for the loss at the age of 65, when she entered the circus as a trapeze artist. Surprising, isn’t it? Well, this is true. Nikki was a dancer and a single parent. At 30, she thought of quitting dancing as the schedule was getting too much for her and she thought that 30 was enough for retiring from dancing. At 67, she is in the circus now.

Katy Kartwheel is a circus performer who lived close to Nikki in Buckinghamshire. She offered classes in aerial photography and that looked fun to Nikki. Nikki mailed Katy asking if she could take her classes and Katy agreed. The trapezes hung at three different heights.

Being a trapeze artist is hard on the legs and body

Initially, when Nikki tried to get onto the trapeze, she had to be pushed up by her bum. She opines that the trapeze is quite hard on the skin and the body as a whole. You have to hug the bar by the back of the knees and let the hands go off. This might look beautiful and amazing, but it is quite tough on the legs. She said that after the first class it seemed that a car has bumped into the back of her legs.

Her first performance with Kartwheel was at the age of 65 years. The performance was on the aerial net for around 150 spectators at some circus school in Marlow. She gave an amazing act and also dismounted and landed gracefully on one leg. Her feeling while moving through the air must have been untethering. Nikki says: “Anything goes, and anything is possible”.

Nikki Kenward reminisces that she always loved circuses. But the memories she shares are not of her childhood, but of times when she took her two children to the circus when she was in her 30s. She recalls an act when five aerial trapeze artists performed in silk and that left her spellbound. She still says how those artists transformed risk into grace. Right from her childhood, Nikki loved dancing and she could do performances on her own. Dance was the thing that kept her going despite having a highly disturbed childhood.

Nikki calls herself a rethinker and an adventurer. She had her first degree in contemporary dance. After that, she did various dance jobs, performed in various places, taught in different communities, and also delivered lectures on dance history. In her 40s, she trained as a cranial osteopath. Currently, at the age of 67, she is halfway through a master’s degree course in circus direction with Bristol Circomedia. She aims to create some unique and inclusive performances.

Nikki says that women approaching their 50s or 60s or 70s tend to become invisible. But she doesn’t want to be one of them. With abundant energy, she wants to do different fun things and enjoy life in the best possible way. At the moment, that means being a trapeze artist. Her next target is to work on ropes. If possible, she wants to continue for another 20 years in her circus career by directing and performing.