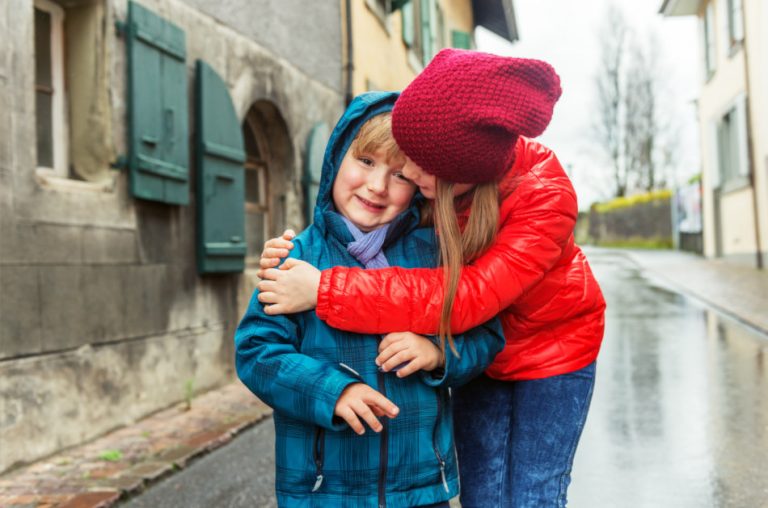 When a girl found out her parents could not afford the operation her brother needed, she went out looking for a miracle. (Image: Annanahabed via Dreamstime)

Nancy was eight years old when she learned her little brother Tom was dying. He had a brain tumor and it was very hard on the family to watch him wilt like a flower day by day. Nancy’s parents sold their home and assets, borrowed money, and moved into a small apartment, and they still couldn’t raise enough to afford the very expensive surgery that was Tom’s last hope. Nancy realized that it would take a miracle to save his life. She decided to use her own money to find a cure for Tom.

She took down her piggy bank, dumped all the coins out onto the floor, and counted them out. There was a total of one dollar and eleven cents. How could such a big pile of coins amount to so little? Reluctantly, she counted the coins twice more to see if she’d made a mistake — nope, it was still only one dollar and eleven cents. Nancy took the coins and quietly sneaked out the back door, not wanting her parents to stop her. She walked to the local pharmacy, hoping she’d find what Tom needed and that it would cost less than the meager sum in her pocket.

When she arrived, Nancy patiently waited in line to talk to the pharmacist. She was so short that he didn’t notice her at the counter for a long time. She coughed in order to draw his attention, but he still didn’t notice her. Eventually, she threw a coin onto the counter, sure that this time he would notice her.

He turned from the man he was speaking to and said: “What do you want? Look, my brother is visiting from Chicago and we haven’t seen each other for years. Run along and go play somewhere.” With that, he turned back to his brother and continued the conversation. Nancy spoke up and said in a loud voice: “I wanted to talk to you about my own brother. He’s very sick and he needs a miracle. I’ve come to see if you can help.”

“What do you mean, a miracle?” The pharmacist stared at her in disbelief. Nancy told him: “My brother’s name is Tom and he has a growth in his head and my father says only a miracle can save him. How much does a miracle cost?”

The pharmacist was almost speechless. He shrugged his shoulders and said sympathetically: “I’m sorry little girl, I wish I could help you but we don’t sell miracles here.” Nancy said: “I have money here in my pocket. If it’s not enough just tell me so I can keep looking. Just tell me how much a miracle will cost please.”

The pharmacist’s brother was watching and listening, fascinated by Nancy’s story. He asked her: “What kind of miracle does your brother need?” Nancy replied: “I don’t know exactly. All I know is that he needs an operation and my mom and dad can’t afford it. I’ve got my own money from my piggy bank and I want to save him with it.” The pharmacist’s brother asked how much money she had. Nancy told him: “I have exactly one dollar and eleven cents. If that’s not enough, I’ll somehow go and find some more.”

His eyes filling with tears, he smiled at Nancy and said: “What a coincidence, that is exactly the right amount. Take me to your house, I want to meet him.” He took the money from Nancy and she took him home to meet Tom and her parents.

As it turned out, the pharmacist’s brother was a leading brain surgeon who had saved countless lives, but he had never seen a plea for help like Nancy’s. He was so moved by her heart and determination to save her sick little brother that he decided to operate on Tom for free. He wanted to give Nancy her miracle.

The surgery was a success and after a period of recovery, Tom and Nancy’s parents brought him home. They marveled over their good fortune all the way home, unable to believe their son was restored to good health. Nancy’s mom wondered: “That operation really was a miracle. I wonder how much it cost?” Nancy smiled to herself. She knew exactly how much it cost — one dollar and eleven cents, plus one little girl’s unwavering faith. Money was meaningless in the face of one little girl’s courage and resolve.