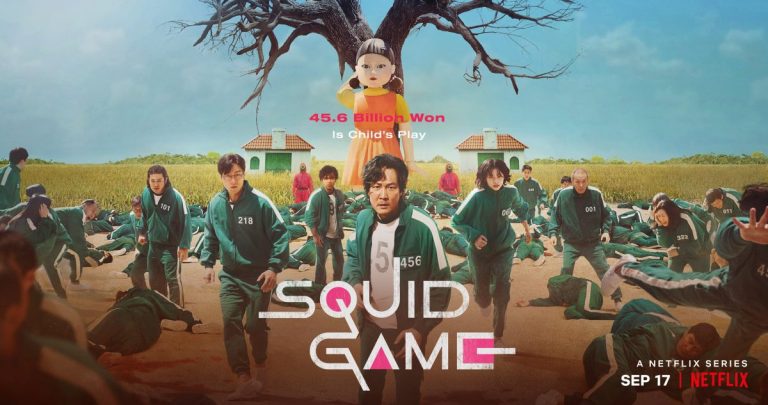 For fans of films that involve action and survival, like the Hunger Games trilogy, the latest Netflix presentation Squid Game will be a delight. The survival game is about contestants who are in dire need of money agreeing to participate in a series of games to win a handsome cash prize. What they imagined to be simply children’s games are actually deadly and have sinister turns.

The plot is very interesting and given the time that was put into the development and creation phase, this level of detailing was a given. The actors too have done a superb job and Squid Game became a superhit South Korean series across the globe.

Whether you are scrolling through Instagram or any other news bulletin, you are bound to come across some series-related material. The current trend on most video-making social media platforms is the game Red Light, Green Light. When South Korean creator Hwang Dong-hyuk created a sensational series and the country was enjoying the ensuing fame, China’s piracy market caused a hindrance to global ratings.

Apart from its thrilling story and superb acting, the series offers a deeper insight into human psychology that has further aided its popularity. While being on Netflix has helped the series reach a global audience, the ban of Netflix in China has caused Chinese citizens to look into alternative means to watch the series.

Currently, Squid Game is being illegally streamed by 60 Chinese platforms. This illegal streaming aka piracy and the further popularity of the series in China has led to a booming fake merchandise business. So serious is the issue that South Korean Ambassador Jang Ha-sung has spoken to Chinese authorities to take necessary steps to end the pirated versions. In a meeting of the foreign affairs, Ambassador Jang mentions that they have assessments of the same.

Agence France-Presse has also reported about a dalgona candy-related game in one of China’s eateries. Customers and fans of the Squid Game series gathered to have their pictures taken at the themed shop in Shanghai. One episode had a game where contestants were required to cut the shape given in the candy without breaking the candy. If the candy broke, they were shot. This similar game, barring the deadly execution part, was seen performed by fans at the store.

As the series is set in a dystopian world with inequality as a core theme, pro-China newspaper South China Morning Post has pointed out that given this theme, the show will not likely get the green light from Chinese authorities to be shown in the country.

China is known for its strict censorship and Internet regulation laws. They ban major social media platforms and Netflix does not have any legal right to stream in the country. With such strict regulations, it does prove that South Korea’s claim of illegal streaming and knock-off merchandise stores booming in China is true given the details most of these Chinese fans have shared.

The popularity of ‘Squid Game’ vs Chinese narratives

Squid Game has a traditional Korean outlook and the story, though dystopian, has a Korean touch. But the series also speaks of universal inequality, and the emotions shown have touched millions of lives that can relate. This is a result of South Korea’s adaptation of the soft power policy. As the series targets empathy in people, unless a person has faced something similar or has dreamed of similar conditions, the series will not make much of an impact.

The popularity of the series in China speaks volumes about the dissatisfaction faced by many Chinese citizens and it can be safe to assume that the people of the republic are not all sold on the Communist Party’s narratives of equality and nationality.