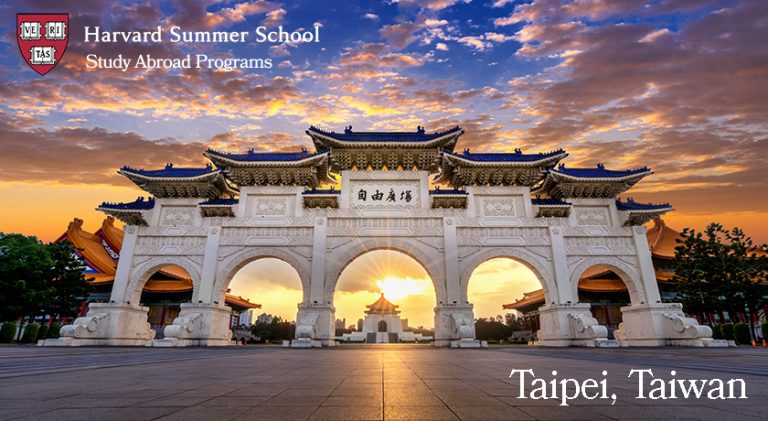 The Harvard Summer Program in Taipei, Taiwan, also known as the Harvard Taipei Academy, offers students the opportunity to complete a full academic year’s worth of Chinese language study in the course of an eight-week summer session. (Image: via Harvard University)

Founded in 1636, Harvard is recognized as the most respected university in the world and its summer study abroad program in the Chinese language will now be held in Taiwan in 2022 at the Harvard Taipei Academy, which National Taiwan University confirmed on October 12, 2021.

Pan Wenzhong, Taiwan’s Minister of Education, expressed his welcome and announced that a “Super Chinese Project” was ongoing, and 10 Taiwanese universities would cooperate with 21 U.S. universities in the future. As Chinese learning has become a trend, Taiwan as a democratic nation would do its best to contribute to the advancement of the language.

A ‘lack of friendliness’ at Beijing Language and Culture University

According to Program Director Jennifer L. Liu: “The program decided to move to Taipei due to a perceived lack of friendliness from the host institution, Beijing Language and Culture University. In recent years, the program began to have difficulties accessing the classrooms and dorms they needed.”

Liu noted: “The BLCU did not provide a single dorm for all the students, instead of requiring the program to split the students into two different dorms of different quality or to find a hotel that could keep their students together. Given the condition they provided, we really couldn’t run the program with the quality that we are hoping to deliver to our students.”

Liu suspects that the unwelcoming environment may be a product of a subtle shift in the Chinese government’s attitudes towards U.S. institutions, one precipitated by Xi Jinping’s rise to power. In past years, the program would typically host a small party to celebrate the Fourth of July, during which students and faculty would eat pizza and sing the national anthem.

A new program at the Harvard Taipei Academy

Harvard describes the new program on its website: “Building on the success of our renowned Harvard Beijing Academy, this new program, offered in collaboration with Taiwan’s most prestigious university, National Taiwan University, incorporates the same rigorous language curriculum while also allowing you to immerse yourself in the dynamic and diverse society and culture of Taiwan — a unique island where tradition and modernity are intertwined.”

The program offers four intensive courses in modern Chinese at the intermediate and advanced levels. The curriculum materials are designed to develop and reinforce all aspects of Chinese language ability — including speaking, oral comprehension, reading, and writing, in authentic cultural contexts. All courses include a midterm extended-weekend Social Study Project outside of Taipei to some of the most historically, culturally, and geographically remarkable locations in Taiwan.

Huang Guosu, a legislator, suggested that Taiwan is relatively advantageous amid the global trend of learning Chinese. Therefore, Taiwan’s Ministry of Education should meet the demand by setting up more teacher education programs and encouraging universities to set up Chinese Teaching Centers.

Dr. Wu Jianzhong, Assistant Professor of General Education at Taipei University of Marine Technology, stated that Taiwan and the United States have collaborated in many sectors including finance and military service, and Taiwan’s Ministry of Education already signed an MOU (memorandum of understanding) with the United States.

Dr. Wu pointed out that due to the SINO-U.S. trade war, the U.S. has an increasing need to understand China. In the past, they tried to reach the goal via contacts with Chinese teachers, Confucius Institutes, or students learning the Chinese language and culture in China. However, Americans gradually realized that Communist China only presented the part that it was willing to reveal, and created limitations for collaboration. That was why the Harvard Beijing Academy became the Harvard Taipei Academy.

Now, Taiwan has more opportunities to promote Chinese teaching, suggested Dr. Wu. For many students of Chinese Studies, it is the commencement to understanding Chinese. When teachers can incorporate Taiwan’s values of democracy and traditional Chinese culture into the teaching materials, the students will understand the differences in the teaching of Chinese in Taiwan and China.