Horses Can Read Human Emotions, Even From Photos 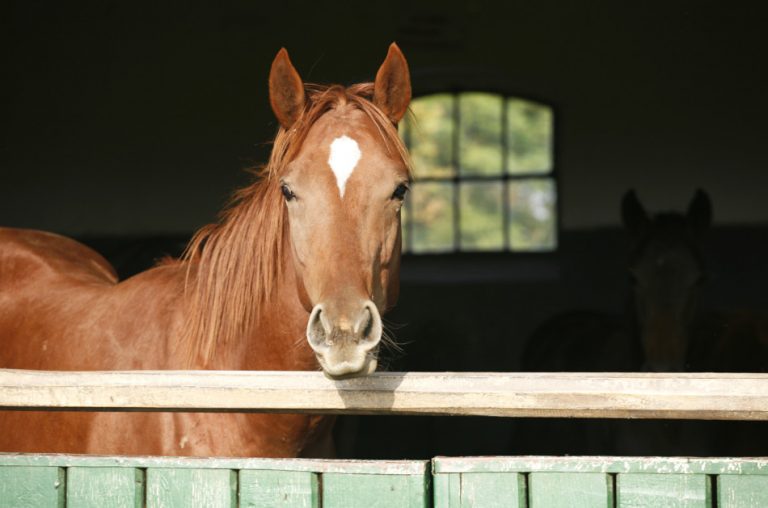 The research showed that horses can distinguish between positive and negative human facial expressions. (Image: Accept001 via Dreamstime)

Twenty-eight animals were recruited from five riding or livery stables in Sussex and Surrey, U.K., between April 2014 and February 2015 for the study. They were shown photos of two unfamiliar male faces with happy or angry expressions. The people conducting the experiment weren’t able to see which photos they were displaying to avoid inadvertently influencing the animals.

After viewing the photos, it was noted that the animals viewed them with their left eye — behavior related to perceiving negative stimuli — their heart rate increased, and they displayed more stress-related behaviors.

Amy Smith, a doctoral student in the Mammal Vocal Communication and Cognition Research Group at Sussex, who co-led the research, said:

“What’s really interesting about this research is that it shows that horses have the ability to read emotions across the species barrier. We have known for a long time that they are a socially sophisticated species, but this is the first time we have seen that they can distinguish between positive and negative human facial expressions.

“The reaction to the angry facial expressions was particularly clear — there was a quicker increase in their heart rate, and the horses moved their heads to look at the angry faces with their left eye.”

It has been found that many species view negative events with their left eye due to the right brain hemisphere’s specialization for processing threatening stimuli (information from the left eye is processed in the right hemisphere).

Amy continued: “It’s interesting to note that the horses had a strong reaction to the negative expressions but less so to the positive. This may be because it is particularly important for animals to recognise threats in their environment. In this context, recognizing angry faces may act as a warning system, allowing horses to anticipate negative human behavior such as rough handling.”

Research shows that many species view negative events with their left eye due to the right brain hemisphere’s specialization for processing threatening stimuli (information from the left eye is processed in the right hemisphere).

Professor Karen McComb, a co-lead author of the research, said:

“There are several possible explanations for our findings. Horses may have adapted an ancestral ability for reading emotional cues in other horses to respond appropriately to human facial expressions during their co-evolution.

“Alternatively, individual horses may have learned to interpret human expressions during their own lifetime. What’s interesting is that accurate assessment of a negative emotion is possible across the species barrier despite the dramatic difference in facial morphology between horses and humans.”

“Emotional awareness is likely to be very important in highly social species like horses — and our ongoing research is examining the relationship between a range of emotional skills and social behavior.”