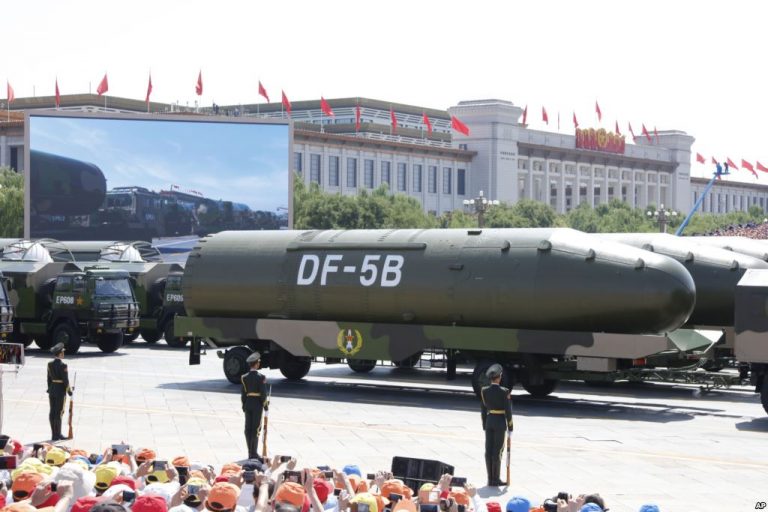 China is expanding their nuclear force more quickly than expected, according to a Pentagon report. (Image: via Wikimedia Commons)

The fact that China’s nuclear force is expanding much faster than thought is of great concern. A country’s need to have a strong nuclear weapons arsenal is one of the primary expenditures borne by nations. The need to strengthen the nation’s security and defense systems — especially after the atom bomb destruction faced by Hiroshima and Nagasaki — is crucial. This need has driven countries to try to up their nuclear game at every turn. The current status of the warheads owned by each country should be a concern given the recent Israel and Palestine conflict.

In a recent report published by the Pentagon, it is mentioned that China’s nuclear force is making steady progress toward increasing its nuclear warheads and it is estimated that by the middle of this century, China will surpass the U.S. in having the highest number of nuclear warheads. Currently, the U.S. has 3,750 nuclear weapons, a number they are not planning to increase any time soon. But the latest report on China’s progress in the nuclear department might cause the American government to rethink its policies about increasing its nuclear count.

The report outlining China’s nuclear force expansion is based on substantial evidence, including satellite images, which shows that currently, China has started to build about 200 more silo-based intercontinental ballistic missiles. Previously, for some decades, they have maintained a count of 20 missile silos. The location for these silos is said to be in western China’s Gansu and Xinjiang. And this speed is not restricted to just silos. China is also focusing on increasing its road, sea, and cyberspace arsenal as well. This has led many independent U.S.-based experts to comment on the fact that this sudden pick up in pace to build a better and larger nuclear arsenal in comparison to America will affect the U.S.-China relationship.

The Pentagon report, while not highlighting any potential conflicts between the nations, does hint at the confirmation of the U.S. narrative about the Chinese military and how they tackle geopolitical issues. They also indicate the stress that the current status of Taiwan causes. The U.S. source does state that with this increase in China’s nuclear force, China can handle the Taiwan issue at its convenience.

Previously, another report was published that claimed China’s hypersonic missile capabilities were getting better. The alleged trials of a hypersonic missile that China claimed was only a spacecraft have made the American military sit up and take a keener interest in China’s progress. The report also adds that with this current strengthening of China’s warfare capabilities, they can be a far superior match against potential enemies, and this hint of “potential enemies” can be seen as a reference to America. This has also led to Congress taking a stronger notice of this issue and the Biden administration might just enforce their promise to have a stronger military presence in Australia. Also, the American government is also aiming to help equip Australia with nuclear-powered submarines.

In another report, China’s take on the news has a different angle. While Chinese officials have made no denial or acceptance of the statements issued by the U.S. and the Pentagon report, they have reacted by saying that the U.S. poses a constant threat to them so they feel that Beijing needs to be better guarded. They also claimed that while U.S. Secretary of State Antony Blinken has issued a warning about China’s disregard of the minimum deterrence and the nuclear strategy developed and agreed upon by China, China’s nuclear force development is within that minimum deterrence. They also stated that their current need for security has caused them to rethink the minimum deterrence policy altogether.

The report issued by China also says that the silo construction depicted by the American “think tanks” is nothing more than ordinary silos and regardless of whether or not they are for military purposes, it is a certainty that the citizens of China will all unconditionally support the government’s decision. They even take a jab at the fact that the U.S. cannot take a moral stance when it comes to developing warheads because the current count of the U.S. nuclear capacity is far greater than what China has.