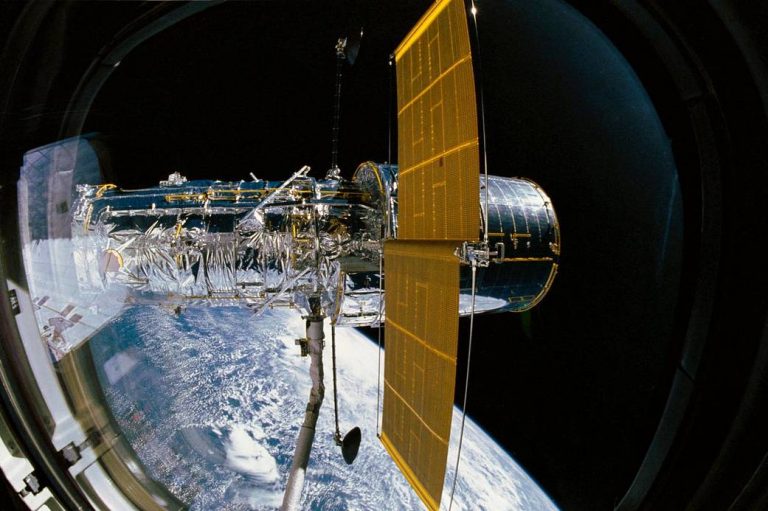 This jewel-bright image taken with the NASA/ESA Hubble Space Telescope features the spiral galaxy NGC 2903. The telescope captured this image using the Advanced Camera for Surveys (ACS) and Wide Field Camera 3 (WFC3), installed in 2002 and 2009 respectively. Interestingly, it observed this particular galaxy in 2001, before the ACS and the WFC3 were installed. The 2021 image boasts a higher resolution, which means NGC 2903 is more finely detailed than in the 2001 image.

The ACS and WFC3 collectively cover a wide range of ultraviolet, optical, and infrared wavelengths, so the 2021 image also has improved wavelength coverage to that of its 20-year-old predecessor. Hubble’s Wide Field Planetary Camera 2 (WFPC2) took the 2001 image. The WFPC2 was Hubble’s workhorse instrument from 1993 until 2009 when the WFC3 replaced it.

Hubble has had remarkable longevity

One of the telescope’s most remarkable features is its incredible longevity, made possible by its successful servicing missions that corrected imperfections in the observatory’s mirror, updated its technical systems, and removed old instruments and installed new ones. The juxtaposition of the 2001 and 2021 images of NGC 2903 — both remarkable images for their time — highlights the value of a stable, accessible platform in space that can reliably collect data, not only year after year, but decade after decade.