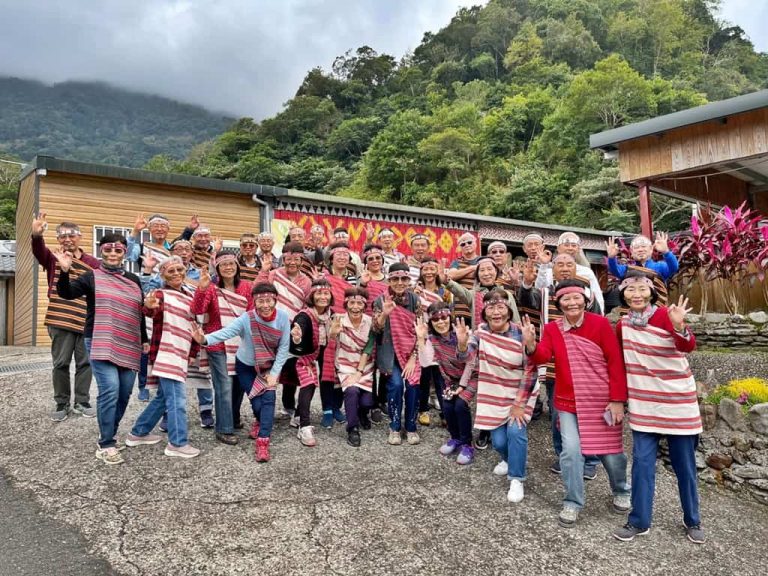 Leshui Village is a tribal settlement nestled at the foot of Taiping Mountain (Taipingshan) in northern Taiwan’s Yilan County. After being isolated by the adjacent river and mountains for almost 20 years, the tranquil village has turned into a popular attraction where visitors can explore the Atayal tribal culture and appreciate the unspoiled natural beauty of the valley between the Central Mountain Range and the Snow Mountain Range.

For more interesting photos, please watch the following video of the Forgotten Tribal Settlement in Taiwan.

Leshui Village was originally called Zhuoshui Village, and was a halfway station of the Taipingshan Forest Railway’s Pingdi Line. It was once the tribal settlement where the Datong Township Office, the post office, a clinic, a barbershop, and a Hakka temple were located.

Due to the serious destruction of the road connecting the village and the outside world by a strong typhoon in 1978 and the government’s policy of stopping logging, not only were the township office, the post office, and various shops relocated to other parts of the township, but the Han people there also left one after another.

Leshui Village therefore practically became a “forgotten tribal settlement” between 1978 and 1998. With the reconstruction of the infrastructure and the local government’s promotion, the village has turned into a unique tribal settlement that can showcase the Atayal culture.

One of the highlights of the DIY activities is making the hunter’s quick and convenient meals with bamboo tubes. Under the aborigines’ guidance, visitors can learn how to knot, experience cutting bamboo tubes and marking, cleaning the tubes, loading the rice, sealing, and cooking the bamboo tube rice, etc.

Handmade millet mochi is always a hit at the tribal settlement. The steamed millet should be pounded vertically in a wooden mortar with a hammer until it has turned into a paste. Pounding mochi is quite strenuous, but it is fun and interesting to give it a try.

After being punched, the sticky millet dough will be taken to a plate full of peanut flour and divided into small pieces for visitors to eat. The handmade mochi is so stretchy, soft, and chewy that it is great to taste the delicious mochi you have made yourself.

The only intact tunnel

There used to be 11 tunnels along Taipingshan Forest Railway, but after the abolition of the railway in 1979, the Eighth Tunnel is the only one that is relatively intact at present.

With an arch over the northern entrance, the Eighth Tunnel is about 40 meters (131 feet) long, and it was constructed by manual drilling in 1921. Its south entrance is closed, leaving only a small crack that allows for a fine beam of sunlight entering the dark tunnel.

Since the tunnel is 100 years old and has a glorious history, it was recorded as a historical building in July 2012. In the summertime, it is the habitat of hundreds of Formosan leaf-nosed bats (Hipposideros armiger terasensis), which are a treasured species with a wingspan of about 40 centimeters (15.7 inches). It would be a very rare opportunity for visitors to see the treasured bats hanging head downward in the dark.