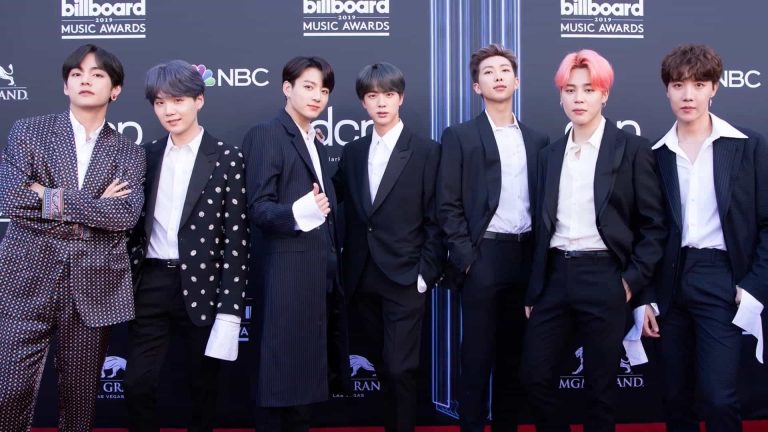 BTS at the 2019 'Billboard' Music Awards. (Image: via Wikipedia)

For K-pop music lovers worldwide, the name BTS, or Bangtan Sonyeondan, is as familiar as the Beatles. This boy band became a global sensation almost a decade ago with their hard-hitting lyrics and music that the younger generations can relate to. BTS consists of seven members.

Tackling issues that very few artists ever deal with, BTS became an icon for many youths dealing with a troubled life and mental stress. With the success of their English song “Permission to Dance” and their collaboration with Coldplay, their popularity grew internationally.

In South Korea, the music industry is always under keen observation and bands originating from lesser-known labels were not taken seriously or even respected. BigHit was a label that was newly formed and coming from this small label, the boys broke many conventions of the South Korean music industry. They wrote and sang about the topics that were considered taboo in their culture and have openly supported LGBTQ communities.

Their songs deal with issues faced by the youth like career decisions, friendships, and betrayal, and predominantly on mental health and finding self-respect. This has been the major pathbreaking decision taken by the group that catapulted them to become global superstars, both as a band and individually. This has led them to become the Presidential Envoy for Future Generations & Culture in South Korea in September 2021, the highest cultural merit to be bestowed on any group.

The seven members of BTS

The members of BTS belonged to decent family backgrounds, and all shared a common interest in creative and visual arts. Jin was recruited for his looks and was an acting major student with no inclination toward music and dance. His dedication to the craft made him learn to be a vocalist and dancer to the point that his triple high note in Crystal Snow is still recognizable by anyone who follows K-pop.

When the talk is of BTS, it is impossible to not speak of their impact on the world, especially their UN General Assembly speech. Their speech dealt with the issues faced by youth, the effects of the pandemic, and a message of hope and perseverance for everyone. This was the second time they addressed the world from the United Nations podium and like before, they came with a message of hope and sustainability for everyone. They even had a special screening of their latest track Permission to Dance.

The song speaks of not giving up even during the hard times and being an all-English lyrics song with a catchy tune, the song became an instant hit. But another fact that made the song even more special was that the hook steps included sign language.

Being the only K-pop band to ever have this impact, the group made sure to use every opportunity to address their fan base aka ARMY to help build a better world. ARMY has always diligently supported the group. Starting with fundraising events to doing charities on their idol’s birthdays, ARMY has always stood strong with the group.

China’s social media Weibo has also suspended BTS and Blackpink in an attempt to curb the fan frenzy and pop culture among Chinese teens, criticizing their behavior as “irrational star-chasing” and “severely polluting the social atmosphere.” Chinese government agencies called the BTS celebrities “vulgar or feminine-looking men” who should not be allowed to be broadcast on national TV as they do not portray “the values” of the Chinese nation or cultural norms that the state desires to promote. The Chinese Communist Party asserted that it wants Chinese broadcasters to make sure that male actors are more manly as they have an “influence on the country’s youth.” A notice issued by the PRC also condemned TV programs depicting “effeminate” behavior and other “warped” content that should be prohibited.