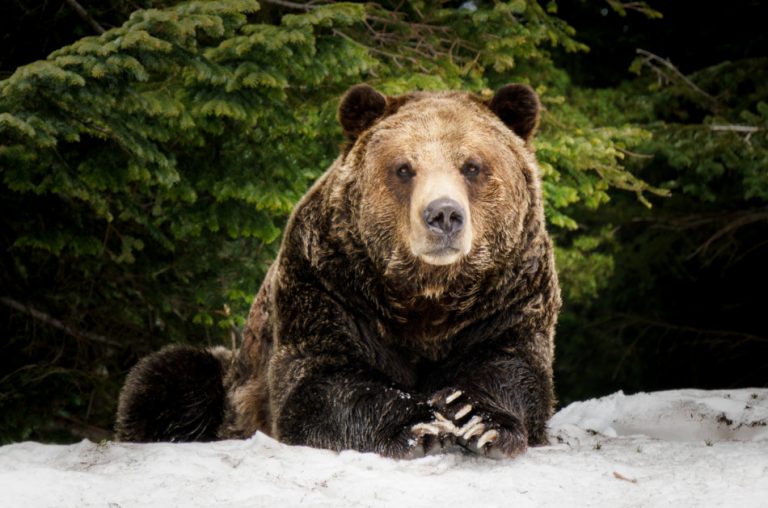 A study of grizzly bear species in coastal British Columbia shows that they are closely linked with Indigenous populations. (Image: Oleg Mayorov via Dreamstime)

Canada is known for its diversity of wildlife. It is home to various predatory mammals, including grizzly bears. There are various species of bears in its territory and provinces that have been co-existing with the various native tribes for centuries. According to the findings of a new study, grizzly bear species are living in the territories of specific Indigenous populations. It is well known that Indigenous cultures in the country have a strong bond with nature. However, the study’s revelations showing grizzly bears matching indigenous languages have made even the researchers somewhat amazed.

Three genetically distinct grizzly bear species live in areas where tribes speaking three different Indigenous languages live. This amazing discovery shows that humans and bears are closely connected. Jennifer Walkus, who is a team member and a scientist of the Wuikinuxv Nation, said: “We and the bears have a lot of the same needs, and it makes sense that we stay fairly close to one area and we have enough resources to feed us. It’s definitely in line with the fact that most First Nations consider bears to be family. That is something that we’re very closely tied to.” (Smithsonian Magazine)

The study team was led by University of Victoria student Lauren Henson. She added: “We’re a small part of this big emerging field of considering and incorporating different ways of knowing. This study is an example of the richness and the insight that this type of collaboration can provide.” (CBC)

The researchers analyzed grizzly bear hair collected over a period of 11 years. They explored regions in British Columbia and collected hair samples from as many as 147 bears. The area covered was almost 14,600 square miles. The team worked really hard to gather the samples and they even ventured into places where no transport except a helicopter can reach. The larger DNA study showed there are 3 grizzly species that are genetically distinct. The territory of the 3 bear species overlapped with certain Indigenous groups speaking languages like Salishan Nuxalk, Tsimshian, and Wakashan.

The team found that abundant food supplies could keep the genetically distinct animal species from migrating to a different zone, and they mostly remained within linguistic geo-boundaries. The study finding was published in the journal Ecology and Society. The study was supported by entities like the Hakai Institute and the Raincoast Conservation Foundation. According to the researchers, the biologically diverse coastal areas in the British Columbia region have led to the communal nature of the bear colonies.

The study findings showing the link of bear habitats with human languages have also made many other scientists amazed, who were not involved with the study. University of Guelph’s Indigenous environmental scientist Jesse Popp called the study revelation “mind-blowing.” The scientists are intrigued by the separation maintained by the species of bears even though no physical barrier is there. So it can be deduced that bears can travel to new places, but they choose not to do that for the availability of abundant resources. So the same resources the humans rely on for sustenance are also preferred by these species.