World Wants to Know: ‘Where Is Peng Shuai?’ 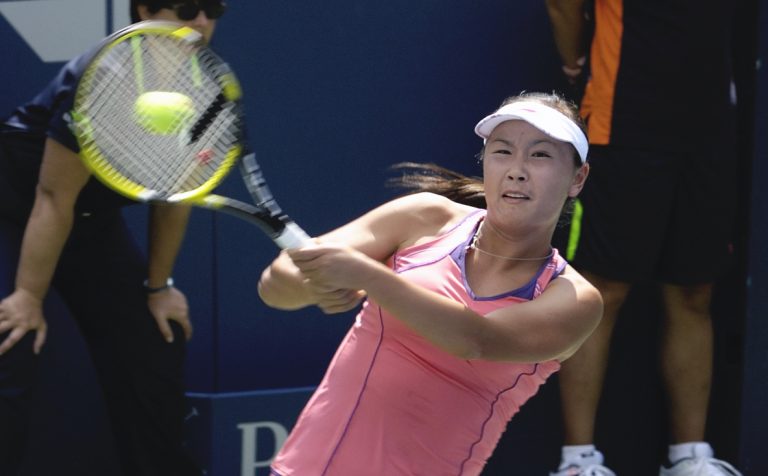 Former top-ranked tennis player Peng Shuai is one of China’s best-known athletes, both inside her country and internationally. Among her achievements, Peng Shuai won women’s doubles titles at Wimbledon in 2013 and the French Open in 2014 with her doubles partner, Hsieh Su-wei of Taiwan.

Now the 35-year-old has disappeared after making allegations via social media on Nov. 2 that a former high-ranking Communist Party official had sexually assaulted her.

Amnesty International (AI) said that discussion of the allegations against retired Chinese Vice Premier Zhang Gaoli, 75, were quickly censored on Chinese social media, and the original post — which read, “you brought me to your house and forced me and you to have relations” — is no longer visible online.

With Peng Shuai having not been publicly heard of since then, concern has grown over her situation and whereabouts while an email statement issued on Nov. 17 by Chinese state media that said it was written by Peng Shuai saying she was fine and that her earlier allegations of sexual assault were “not true” has been met with skepticism.

WTA skeptical that statement is from Peng Shuai

“The statement released today by Chinese state media concerning Peng Shuai only raises my concerns as to her safety and whereabouts,” said Steve Simon, the Women’s Tennis Association (WTA) chairman and CEO.

“I have a hard time believing that Peng Shuai actually wrote the email we received or believes what is being attributed to her. Peng Shuai displayed incredible courage in describing an allegation of sexual assault against a former top official in the Chinese government,” Mr. Simon said.

“The WTA and the rest of the world need independent and verifiable proof that she is safe. I have repeatedly tried to reach her via numerous forms of communication, to no avail,” he said.

Amnesty said that the Chinese regime has a history of releasing forced “statements”, especially on behalf of human rights activists.

“Peng’s recent so-called statement that ‘everything is fine’ should not be taken at face value as China’s state media has a track record of forcing statements out of individuals under duress, or else simply fabricating them,” said AI’s China researcher Doriane Lau. “These concerns will not go away unless Peng’s safety and whereabouts are confirmed,” Lau said.

Rights group Safeguard Defenders said via Twitter that the disappearance of Peng Shuai highlights the incessant practice of enforced disappearances in China.

“She is very likely to be held under secret detention” known as Residential Surveillance at a Designated Location, or RSDL, Safeguard Defenders said in a tweet.

The little-known RSDL system is a legalized form of black jail, where victims are disappeared by the state into incommunicado isolated detention for up to six months, sometimes more.

White House press secretary Jen Psaki told reporters on Nov. 19 that the Biden administration is “deeply concerned” by the reports about Peng Shuai being missing.

“We join in the calls for PRC (People’s Republic of China) authorities to provide independent and verifiable proof of her whereabouts and that she is safe,” Psaki said.

Liz Throssell, a spokesperson for UN rights chief Michelle Bachelet, echoed the same sentiments on that date while urging that “there be an investigation with full transparency into her allegations of sexual assault,” reported The Guardian.

On the same day, Chinese state media again swung into action with claims that Peng Shuai was fine by posting images of her via state-sanctioned accounts on Twitter while the WTA upped the pressure by saying it was ready to pull its tournaments out of China if there was not a satisfactory response to Peng Shuai’s sexual assault allegation.

Again on that same day, world number one men’s player Novak Djokovic said tennis must stand together over Peng Shuai’s disappearance which he said was a horrific situation. Djokovic said he 100 percent supported the WTA’s threat to pull out of China, reported Reuters.

“The whole community, tennis community, needs to back her up and her family, make sure that she’s safe and sound because if you would have tournaments on the Chinese soil without resolving this situation, it would be a little bit strange,” he said.

Peng Shuai is also a three-time Olympian with the last Games she participated in being Rio in 2016 but the International Olympic Committee (IOC) has been near-silent on her disappearance.

“Experience shows that quiet diplomacy offers the best opportunity to find a solution for questions of such nature. This explains why the IOC will not comment any further at this stage,” the IOC told CNN.

The IOC did make a comment reported by an AP sportswriter where they said they were encouraged to see assurances that Peng Shuai was fine, referring to the statements made via Chinese state media.

“Given this, it’s astonishing that the IOC would accept the government’s assurances, particularly at the expense of a female Olympian making grave allegations,” Worden wrote.

Beijing is due to host the 2022 Winter Olympics next February. The 16-day event — labeled the “Genocide Games” by rights activists — has experienced increasing calls to be boycotted due to the communist regime’s human rights record.