Aiyu Is a Plant That Only Grows in Taiwan 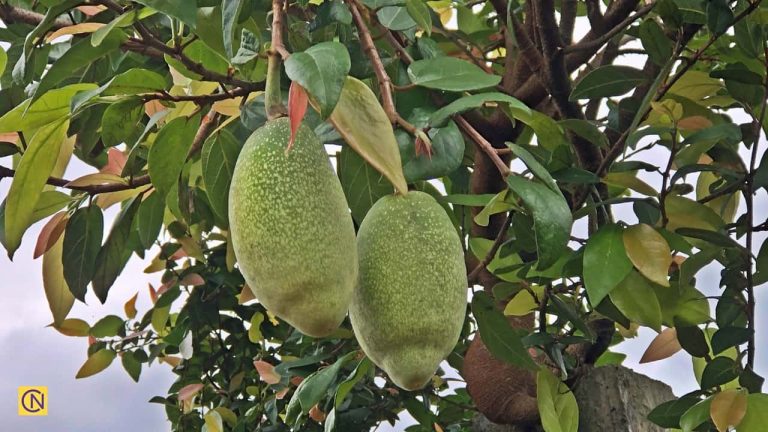 Aiyu is a unique treasure of Taiwan that cannot be cultivated in other countries. (Image: Billy Shyu via Nspirement)

Creeping Fig (Ficus pumila var. awkeotsang), also known as Aiyu (愛玉), is a tropical woody evergreen vine growing in moist soil at elevations between 1,200 meters (3,937 feet) and 1,900 meters (6,233 feet) above sea level. It is a unique plant that grows only in Taiwan because the fig bees that pollinate the flowers can only survive and reproduce in Taiwan.

According to the General History of Taiwan (T’ai-wan t’ung-shih) written by Lian Yatang in 1921, Aiyu was discovered and named by a merchant from mainland China during the Daoguang period of the Qing Dynasty (1820-1850).

One day in the 1800s, when the Chinese businessman visited the mountainous area in southern Taiwan’s Chiayi County, he happened to find a clear yellowish jelly floating on the water of a creek. What’s even better, he felt refreshed after drinking it.

Furthermore, he also noticed that the jelly was from mango-shaped fruits hanging on the nearby vines. Afterward, he gathered the fruits and asked his 15-year-old daughter named Aiyu to rub the seeds inside the fruit with water for selling. Eventually, he named the fruit after his daughter. As a result, the plant is called Aiyu in Taiwan.

The plant is a dioecious climbing fig species that has separate male and female trees. The flowers of the female strain need to be pollinated by a unique species of fig bees.

The fig bees in fact coexist with female flowers in the flower sac all their lives. The fig bees are smaller than ants, and will get inside male fruits through a small opening at the end of the fruits. They also parasitize the fruits and lay eggs there.

Unlike their female counterparts, newborn male fig bees don’t have wings. So the male bees will die inside the male fruits several days after mating. The newborn female bees will fly to other Aiyu fruits and can help pollinate the flowers inside female fruits accordingly.

If female Aiyu fruits are not pollinated successfully, they will turn purple. They will eventually fall to the ground, as all the male fruits do, and both kinds of Aiyu fruits are inedible.

After being pollinated, the female flowers will mature into a sac-like body called a flower sac that contains a great number of fine fruits inside. When they are ripe, there will be fine fruit masses that resemble sesame seeds, which can become the Aiyu jelly that we eat.

Though there are male and female trees, their vines are identical, and their fruits are almost the same in terms of color and size, making it even harder to figure out a tree’s gender. The most distinctive difference is that the bottom of female fruits is more round in shape than that of their male counterparts.

Though male trees have practically no economic value, their fruits are secure incubators for fig bee eggs. In Aiyu farms in Taiwan, the common ratio of male to female trees is about 4 to 1.

The main use of this plant is its fruit seeds. When a pinch of dried seeds is placed in a strainer bag and rinsed in mineral water for a few minutes, the pectic part that wraps the fruit melts and swells like a gel. After leaving it at room temperature for about 20 minutes, agar-like Aiyu jelly can be formed. If 100 grams (3.5 ounces) of the seeds are rinsed in 3,000 ml of mineral water, then about 3 kg (6.6 lb) of Aiyu jelly can be produced.

Aiyu jelly is the iconic summer dessert in Taiwan, and it is usually eaten chilled in ice water along with sweet syrup and lemon juice. Aiyu jelly is low in calories, as it is made up of over 90 percent water. It is also good for blood circulation and can help reduce swelling or inflammation.

The largest Aiyu farm in Taiwan

Located in Yilan‘s Yuanshan Township in northern Taiwan, Fengsheng Aiyu Farm (豐盛愛玉) was transformed from a pomelo farm in 2018. Covering an area of about 2.6 hectares (6.4 acres), this farm is by far the largest of its kind in Taiwan.

There are currently 3,000 trees planted on the farm. In other words, there are 2,250 male trees, and 750 female trees creeping along the 1,500 concrete poles neatly erected in parallel lines in the vast expanse of the farm, which creates a magnificent view.

The species that is planted at the farm is the so-called “Premium Hong Jiu Aiyu (紅九愛玉),” which is the most popular one among over 200 Aiyu species in Taiwan. According to the operator, surnamed Tsai, his farm’s Aiyu trees can be harvested twice a year, and the average yield per tree is 300-500 pieces each harvest. The first harvest is from February to March, while the second harvest is from July to August.

With Mr. Tsai’s meticulous management and cultivation, the Fengsheng Aiyu Farm is undoubtedly an interesting and educational leisure farm where visitors can explore the uniqueness of Aiyu, and experience the process of obtaining delicious Aiyu jelly.