Ever Wonder Why Dogs Tilt Their Heads? 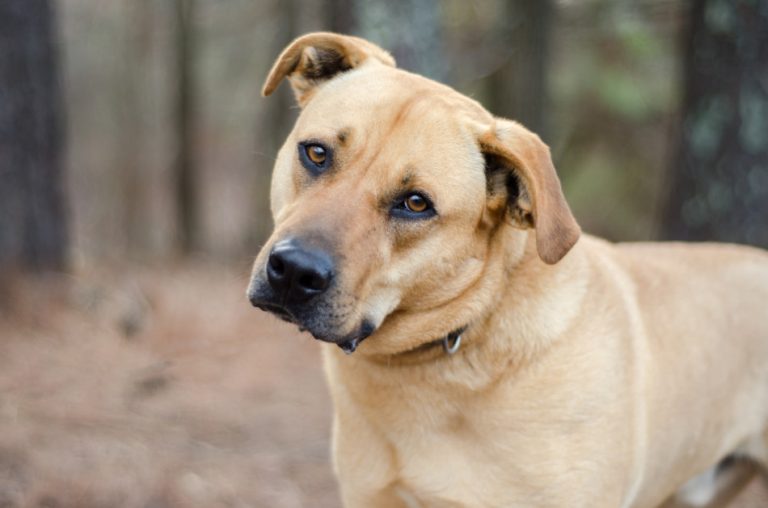 Owners often see their dogs tilt their heads, but why do they do it? (Image: William Wise via Dreamstime)

You may have seen your own pet or other dogs tilt their heads from time to time. Dogs are said to be the best companion for humans among all the animals and dog owners vouch for that. It is amusing to watch them performing certain acts and some of their gestures are very cute. However, animal scientists still do not know the reasons behind some of these canine gestures. Why do dogs tilt their heads?

Just as humans prefer using one side of their body more than the other side, it is the same with dogs. They are often seen tilting their heads at certain angles, but the reason was unknown till recent times. A new study published in the journal Animal Cognition says dogs tilt their heads after their brains process something meaningful. The same happens when they register that something important is being told to them.

An Eötvös Loránd University researcher and lead author of this ground-breaking study, Dr. Andrea Sommese, said: “There are some studies suggesting that tilting the head could be a health-related problem. But it didn’t seem likely, because we saw dogs doing it randomly and I’m pretty sure you’ve seen a dog tilting its head — it’s very common behavior!”

Why dogs tilt their heads

The team wanted to get to the root of the canine head tilting reaction and they used a number of “genius” dogs known for high intelligence levels. They carried out the study on a team of 40 dogs. They wanted to find out if the dogs could understand specific toys by name after undergoing training for three months.

The lead author said: “We asked each of the owners to play with the dogs using two toys and to tell the dogs the names of the toys as much as possible. After this intensive three months’ training, we saw 33 of the dogs weren’t able to learn the difference between the two toys — we called these the “typical” dogs. But the other dogs, during this time, didn’t just learn the two toys, they learned 10, 20, 30. Our so-called best dog knows the name of 160 toys or something.” The reality is either a dog learned the names of many toys or nothing at all.

After this experiment, the researchers observed that the so-called gifted dogs tend to tilt their heads whenever they are asked by the owners to pick a specific toy. It is the dog’s way of saying it is time to focus on something important! In the beginning, the team thought it was linked with the hearing ability of the dogs and that they were tilting their heads to hear something more clearly. But they found that when the dogs tilt their heads to one side, it had no relation to the side the owner was located on. Sommese said it is hard for humans to figure out what the dogs think is important in their own language. Dogs communicate using a language too.

The study could not find out much about the head tilt directions. Dogs could tilt their heads in either direction and that could be a matter of preference for individual dogs. The location of the human saying something is not significant, as far as head tilting is concerned. However, the researchers think it is directly linked with memory processing in the canine brain.

While the study finding is significant in understanding canine behavior, more extensive studies should be carried out on these topics, say the team members. Most of the dogs involved in this study were Border Collies and it has to be seen if the same behavior and reaction are seen in many other species.