Combating Cybercrime in the Post-Pandemic Era: Taiwan Can Help 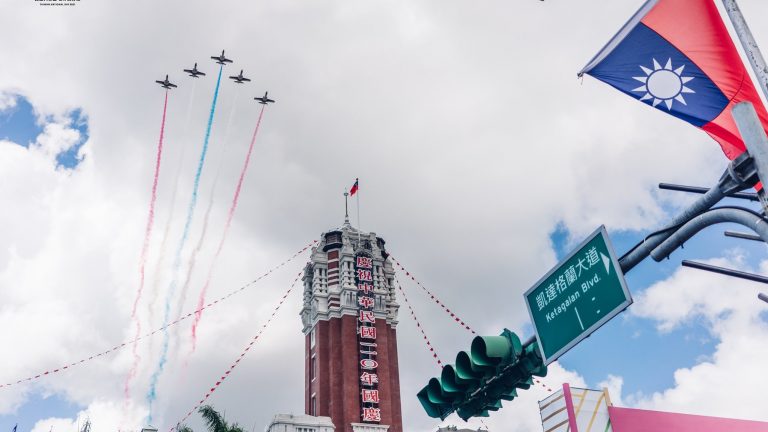 Taiwan is committed to helping the international community combat cybercrimes in the post-pandemic era. (Image: via @rocbirthday)

In 2020, the COVID-19 pandemic ravaged much of the globe. In mid-May 2021, the Republic of China (Taiwan) saw a sudden rise in case numbers. When Taiwan needed help the most, partners such as the United States, Japan, Lithuania, the Czech Republic, Slovakia, and Poland, as well as the COVAX Facility global allocation mechanism for COVID-19 vaccines, immediately pledged to donate or provide vaccines to Taiwan, allowing Taiwan to gradually bring the pandemic back under control. This is a testament to the international joint efforts to tackle the serious challenges brought about by the pandemic. The same joint efforts will be needed to address growing international cybercrime in the post-pandemic era, and Taiwan is willing to be part of that effort.

Increasing importance of cybertechnology in the wake of the pandemic

Throughout the pandemic, Taiwan government agencies and private companies have closely followed anti-pandemic policies to prevent cluster infections. People began working from home and schools adopted virtual learning. Consumers turned to e-commerce, and online food ordering and delivery service platforms flourished. The pandemic has led to these changes in our lives, and while it is sure to abate in the foreseeable future, the spread of cybertechnology will not. It has fundamentally altered the way we work, live, learn, and relax — resulting in an entirely new lifestyle.

However, our increased reliance on cybertechnology has also made it easier than ever for criminals to exploit security vulnerabilities to commit cybercrimes. Thus, cybersecurity will be one of the most important issues in the post-pandemic era, as it is essential to maintaining public safety worldwide.

As cybercrime transcends borders, victims, perpetrators, and crime scenes may be located in different countries. The most common cybercrime is telecom fraud, which utilizes the internet and other telecommunications technologies. Transnational cooperation is necessary to bring international crime rings to justice.

It is believed that the suspects scammed more than 2,000 people in China, causing up to US$22.6 million in financial losses. This case highlights the features of transnational crime. The suspects were Taiwan nationals, while the victims were Chinese nationals. The alleged cybercrime occurred in Montenegro and was perpetrated with telecommunications technologies. Thanks to bilateral police cooperation, the suspects were apprehended, preventing other innocent people from falling victim to the scam.

Child and youth sexual exploitation is another internationally condemned crime, with countries worldwide making every effort to prevent it and bring perpetrators to justice. In 2019, Taiwan police received information from the U.S. National Center for Missing and Exploited Children’s virtual private network CyberTipline indicating that a South African citizen in Taiwan was suspected of having uploaded large quantities of child pornography to the Internet. Following the lead, Taiwan police quickly located the suspect and searched his residence, seizing evidence of child pornography.

Police also found photographs and videos of him sexually assaulting Taiwanese children. The illicit images were stored on servers located in the United States, and the alleged crimes were committed in Taiwan. As the victims in this case were underage, they were too young to adequately explain the situation or seek assistance. If Taiwan police had not received the leads, the suspect would likely have continued to assault more children. This case owes its success to transnational cooperation and criminal intelligence sharing, which can effectively curb crime.

Cybercrime involves cross-border investigations. However, jurisdictions and definitions of crimes vary among law enforcement agencies worldwide. Criminal rings understand this all too well and exploit the resulting information barriers, fleeing to other countries to decrease the likelihood of being caught. Like COVID-19, cybercrime can strike individuals in any country. Therefore, just as the world has joined forces to combat the pandemic, countering cybercrime requires the cooperation of international police forces assisting and sharing information with one another. Only then can more crimes be prevented and more cases be solved efficiently, allowing people worldwide to enjoy a safer life.

Taiwan police authorities have long strived to promote international cooperation in combating cross-border crime. In 2020, there were three prominent cases. Through the joint efforts of Taiwan, Vietnam, and the United States, transnational telecom fraud call centers were raided in January; the following month, a U.S. currency counterfeiting ring was discovered; and 12 individuals suspected of involvement in human trafficking and violation of the Child and Youth Sexual Exploitation Prevention Act were arrested in July.

Taiwan police authorities have a specialized High Technology Crime Investigation Unit and professional cybercrime investigators. The Criminal Investigation Bureau (CIB) under the National Police Agency of the Ministry of the Interior, also established a Digital Forensics Lab that meets international standards. The laboratory was issued the world’s first ISO/IEC 17025 accreditation for Windows Program Analysis by the Taiwan Accreditation Foundation. In 2021, the CIB standardized its malware analysis procedures, in addition to establishing file analysis and network analysis mechanisms. Taiwan’s expertise in combating cybercrime will benefit global efforts to build a safer cyberspace.

The COVID-19 pandemic has underscored the fact that diseases transcend national borders and it can affect anyone — regardless of skin color, ethnicity, language, or gender. Distrust, disagreements, and a lack of transparency between nations accelerated the spread of the virus. Only when international partners provide mutual assistance and share anti-pandemic information, expertise, and vaccines can the world overcome the pandemic faster and successfully.

The Global Policing Goals were endorsed by INTERPOL member countries in 2017, with the stated purpose of creating a safer and more sustainable world. With this mission in mind, we must work together to combat crime — just as we have joined forces to combat the pandemic. No police agency or country should be excluded. To fight cybercrime and bolster global cybersecurity effectively, the world needs to cooperate. Taiwan needs the world’s support and Taiwan is willing and able to help the world by sharing its experience.

As the entire world teams up to combat the pandemic this year, we urge the international community, in the same spirit, to support Taiwan’s bid to attend INTERPOL’s General Assembly as an observer this year and participate in INTERPOL meetings, mechanisms, and training activities. Taiwan’s pragmatic and meaningful participation would help make the world a safer place for all.