Cultures That Play Games Together Tend to Stay Together 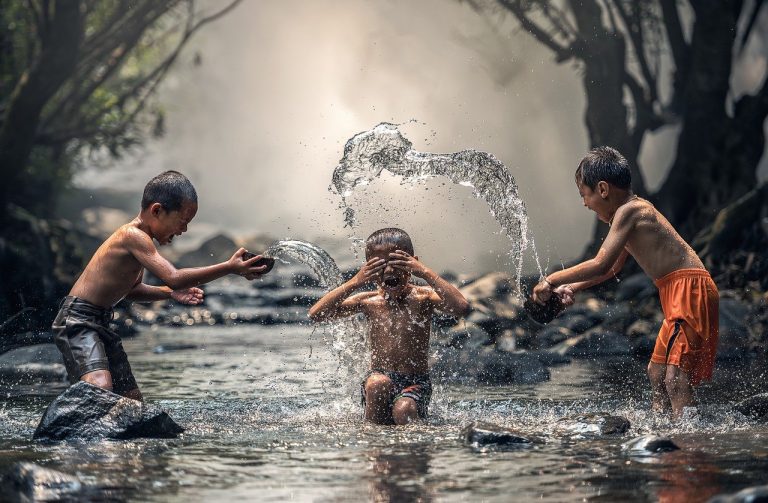 The games we play reflect the socio-ecological characteristics of the culture that we are in. (Image: via Pixabay)

Playing is important for the development of complex social, emotional, physical, and cognitive skills. Play provides young individuals with a safe space to practice new behaviors without grave repercussions. While most animals engage in play, only humans engage in rule-based games. Which kinds people play — competitive or cooperative — may depend on their cultural background. In a new study, researchers from Leipzig, Jena, Gera, and Australia screened historical data to answer the question of whether cultures play games that correspond to how cooperative they are.

Humans all over the world play, but games are not played equally throughout the world’s cultures. Humans might use these to store and teach cultural-specific information to community members. For example, if you think of the last game that you played, was it a cooperative game, a competitive game, or a game that you played by yourself? Sarah Leisterer-Peoples, a researcher at the Max Planck Institute for Evolutionary Anthropology in Leipzig, said:

“If you live in Germany, chances are high that you played a competitive game. We think that games might reflect aspects of human cultures, such as how competitive and cooperative the cultures are.”

Previous research suggests that in socially hierarchical cultures, or those with differences in status and wealth, competitive games are played frequently. And the opposite has also been suggested — in egalitarian cultures, or those with little or no differences in status and wealth, these tend to be more cooperative. However, previous studies have investigated this relationship in only a small handful of cultures, thus limiting the breadth of this claim. In a new study making use of historical data, researchers from Leipzig, Jena, Gera, and Australia aimed to answer the question of whether the games different cultures play correspond to how cooperative they are.

A historical perspective on Pacific cultures and the games they played

As a first step, the research team sorted through a database of historical games played by cultures located in the Pacific. Leisterer-Peoples said:

“The cultures in our study lived in a broad geographic range, spanning the Pacific Ocean. The cultures were very diverse, but also shared similarities, which allow for a comparison on several aspects of the cultures.”

For example, when two groups live next to each other, it might be that they share some characteristics, such as how they get their food, but they might differ in other aspects, such as the norms surrounding competitive behavior. Leisterer-Peoples said:

“We tried to hone in on these differences, while accounting for their similarities.”

In a second step, the scientists identified characteristics of cultures that indicate how cooperative they might be, Leisterer-Peoples explained:

“One of the difficulties with historical data is that you can’t go back in time to do interviews with people from different cultures, but have to rely on the historical documentation of these cultures.”

For example, they looked at how socially hierarchical cultures were structured, how often members of a culture have conflicts with each other, how often cultures conflicted with other cultures, and how often group members hunt and fish in groups. “These are real-world proxies for cooperative behavior”, says Leisterer-Peoples. In the end, they were able to identify 25 cultures that had historical information readily available on both the games they played and relevant cultural characteristics.

The researchers found that the cultures that frequently engage in conflicts with other cultures have more cooperative games than competitive ones. On the other hand, cultures with frequent conflicts with their own community members have more competitive than cooperative ones. How socially hierarchical the cultures were and whether they fished and hunted in groups did not reliably relate with what they played. Leisterer-Peoples said:

“These findings might be non-intuitive at first glance, but make sense in light of theories on the evolution of cooperation in cultural groups. In times of conflict with other cultures, group members have to cooperate with one another and compete with their opponents. This is reflected in the kinds of games that are played — games with competing groups. And when there’s a lot of conflict among the members of a group, they tend to play games that are competitive. These findings suggest that the games we play reflect the socio-ecological characteristics of the culture that we are in.”

Games mimic real-world behavior and may be one avenue in which group norms are learned and practiced during childhood, Leisterer-Peoples concluded:

“Science lives through replication of previous findings. It’s important that future studies investigate this finding further, especially in other parts of the world and in modern-day cultures. We don’t know whether this effect is still relevant in today’s gaming culture. Nowadays, store-bought games and video games have overtaken the traditional games that were played in children’s free time. Future studies also need to investigate the specific skills that are learned through games, not just the degree of cooperation in the games. This is just the beginning of studies on games across cultures. There’s much more to uncover!”