Top 5 Coldest Places in China… Brrr, and You Think Where You Live Is Cold 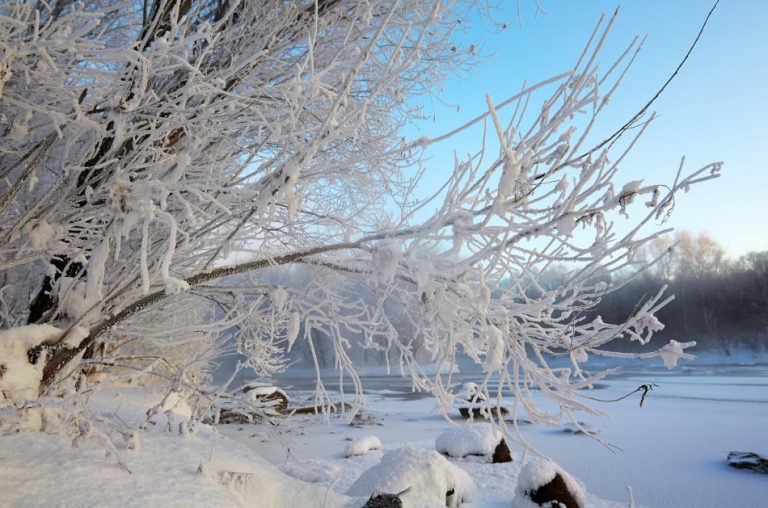 Reading about these places in China may just give you a new perspective on the real meaning of cold! (Image: Xishuiyuan via Dreamstime)

As the Northern Hemisphere descends into the depths of winter, many of us are really dreading the chill, and some areas are feeling it already. However, this is nothing compared to the freezing temperatures in the coldest places in China.

Just reading about the annual Ice and Snow Sculpture Festival in Harbin gave me a real sense of the sub-zero realm.

But if you check out these other coldest places in China, they might just give you a whole new perspective on the real meaning of cold!

5 of the coldest places in China

Ituri River is clearly one of the coldest places in China. The lowest recorded temperature here was -62°F (-52.2°C)!

The township is located in the city of Yakeshi in Hulunbuir at around 2,400 feet above sea level.

It has an average temperature of about -24°F (-31.1°C), and mornings are even colder with a thick fog hanging over the area.

Genhe sits at an elevation of about 1,700 feet and has the country’s greatest difference between nighttime and daytime temperatures.

Situated in the northeastern Heilongjiang Province at around 1,400 feet, Mohe is the northernmost county in the People’s Republic of China. Beiji Village or the “Arctic Village” is located on the Russian border, and the Northern Lights can sometimes be seen here.

In January, the average temperature is around -23°F (-30.6°C). This area also experiences extreme temperatures, with the highest recorded at about 103°Fahrenheit (39.4°C)!

Fuyun County is situated at an elevation of around 2,660 feet in the north-western Xinjiang Province. The average temperature for January is -17.5°F (-27.5°C).