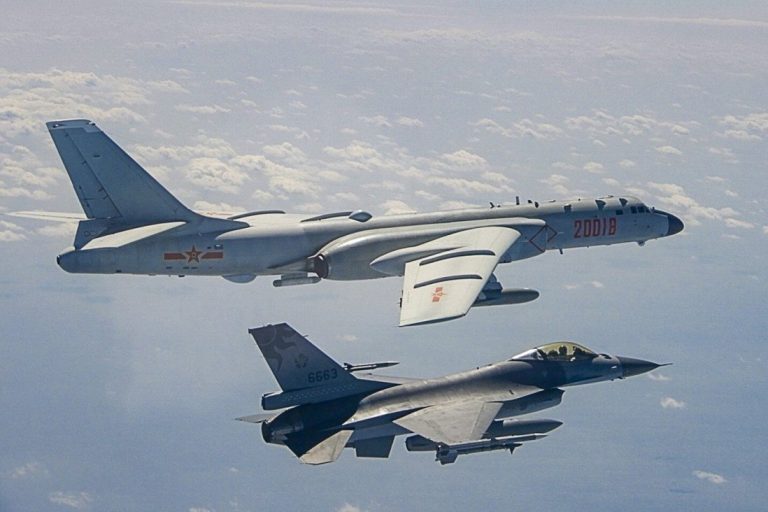 Christopher Wray said China’s recent escalation of tensions regarding the country of Taiwan is 'more brazen' and 'more damaging' than anything seen in recent history. (Image: via Taiwan’s Military News Agency)

The republic of Taiwan lives under the constant threat of invasion by China, which views the island as its own territory and has vowed to seize it one day, by force if necessary. After 27 Chinese warplanes invaded the airspace of Taiwan, Taiwan spoke out.

Beijing has ramped up pressure on Taiwan since President Tsai Ing-wen came to power in 2016, as she rejects its stance that the island is part of “one China.”

Over the past 14 months, the saber-rattling has reached new peaks after Beijing began sending an increasing number of warplanes into Taiwan’s air defense identification zone (ADIZ), which Chinese military aircraft had previously largely avoided. The most recent intrusion took place on November 29.

The ADIZ is not the same as Taiwan’s territorial airspace. Instead, it includes a far greater area that overlaps with part of China’s own air defense identification zone.

Beijing has stuck to probing the southwestern part of the zone. Near daily smaller flights keep Taiwan’s fighters under stress while Beijing also sometimes sends larger numbers to show displeasure over specific events.

Former minister Joseph Wu confirmed the intrusion by a wide range of Chinese planes on Twitter and vowed that Taiwan will never bow down to CCP pressure.

Taiwan’s defense ministry said that the air forces were mobilized to send a warning to the Chinese warplanes.

“The recent situation is particularly grim with almost non-stop (incursions),” said Defense Minister Chiu Kuo-cheng, after the sortie by 27 Chinese aircraft the day before, the biggest of the month but only the fifth-largest daily incursion on record.

China’s “intention is to slowly exhaust (us), to let you know that we have this power,” he added.

Chinese warplanes invade airspace of Taiwan on a continuous basis

Chinese warplanes made 159 incursions into Taiwan’s air defense zone in November, the second-highest month on record as Beijing continues to pile military pressure on the democratic island.

So far this year, nearly 900 Chinese planes have intruded into Taiwan’s ADIZ. Since Taiwan’s defense ministry first began making the forays public in September last year, more than 1,000 flights have been made.

October remains the busiest month on record with 196 incursions, 149 of which were made over just four days as Beijing marked its annual National Day.

A biennial defense report released by Taipei’s defense ministry last month said China’s “frequent manipulation of grey zone threats” such as the warplane incursions are aimed at “seizing Taiwan without a fight.”

Closer ties with the US

Recent Chinese aggression has resulted in Taipei boosting its alliance with the U.S. In November, five U.S. lawmakers traveled to Taipei to meet with Taiwan’s President Tsai Ing-wen and reaffirm Washington’s support for the island.

The members of the U.S. House of Representatives arrived in Taipei on November 25 — the second congressional delegation to travel to the island this month.

Mark Takano, a Democratic lawmaker and chairman of the House Committee on Veterans’ Affairs and leader of the bipartisan delegation, said the visit to the region was to remind partners and allies that they shared responsibility to ensure “a free and secure Indo-Pacific region.”

The visit is the third by U.S. lawmakers this year and comes just days after President Joe Biden invited Taiwan to a planned democracy summit.