An Amazing Brain-Computer Interface That Converts Thoughts Into Text Messages 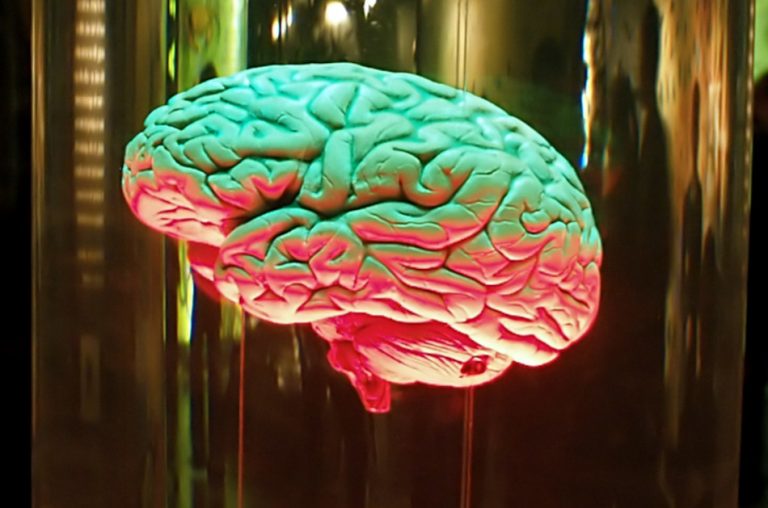 The left and right hemispheres of the brain control motor action on the opposite sides of the body. (Image: Olga Makovey via Dreamstime)

Advanced brain-computer interfaces (BCIs) are being developed and these may make it possible to restore normalcy in people affected by paralysis. BCIs acquire brain signals, analyze them, and translate them into commands that are relayed to output devices that carry out desired actions.

In a recent breakthrough development, researchers have succeeded in using BCIs to convert thoughts into text messages.

The study findings, published in Nature show how BCIs can pave the way for converting thoughts into legible texts. The concept of creating text using the mind sounds like science fiction but it has happened in reality.

For this study, the researchers used an artificial-intelligence software application in alliance with electrodes implanted in a man’s brain who is paralyzed. He was asked by the team to imagine as if he were writing using his hands. The brain-computer interface app transformed his visualized words into text form on a PC screen. This may benefit millions of people who cannot write or speak owing to handicaps.

Earlier, a work done by Krishna V. Shenoy, who served as a co-senior author for this study, aided in analyzing neural patterns of speech. The software designed by him decoded arm movements imagined by the people affected by paralysis.

The new study technique enabled the 65-year-old study subject to type as many as 90 characters per minute. Neural Prosthetics Translational Laboratory’s research scientist Frank Willett served as the lead author. He said: “This line of work could help restore communication in people who are severely paralyzed, or locked-in. It should help people express themselves and share their thoughts; it’s very exciting.”

The study participant coped with a spinal cord injury more than a decade back. It led to the loss of movements below the neck. Jaimie Henderson, a Stanford University neurosurgeon who was a part of the study, implanted a couple of BCI chips in the brain of the study participant. Each chip had 100 electrodes for sensing neuron activity. That is why the team was able to capture neural waves and convert them into text in a near accurate way.

The method and outcome have been hailed by scientists who were not involved in the study. Amy L. Orsborn, a bioengineer at the University of Washington, said: “This study is an important and clear advance for intracortical brain-computer interfaces. One obvious reason why is because they achieved a huge leap in performance on a challenging but important task like typing. It’s also the most significant demonstration to date of leveraging established tools in machine learning, like predictive language models, to improve BCIs.”

A similar view was shared by a neurologist associated with Thomas Jefferson University named Mijail D. Serruya. Serruya thinks his research can be aligned with this brain-computer interface to aid people coping with brain trauma. He added: “We have shown that motor-control signals can be decoded [following a stroke], implying that some of the decoding approaches developed by Willett might have applications beyond people with spinal cord injury.”

The team led by Willett is now putting a focus on decoding some more forms of communication and they will rerun the typing experiment. They will experiment using more people coping with paralysis. Translating the brain’s way of dealing with handwriting is a step in restoring basic communication skills.

However, decoding actual speech is still a hurdle for researchers. This is because people generate speech faster than they write, usually. Willett is keen on proceeding with caution. He is not sure when the text-and-speech-decoding application will be made available for public usage. However, it should not take too long, he opines, with this brain-computer interface.