Unconditional Love, Along With Discipline, Produces Children of Gratitude 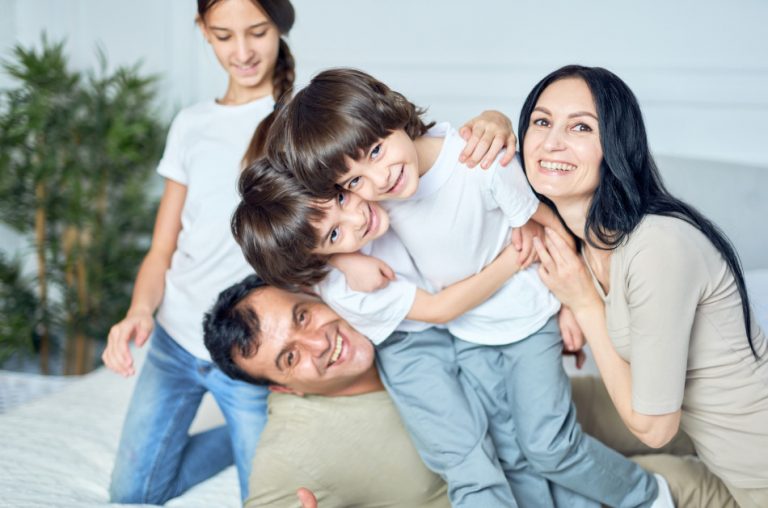 “Young people today are so ungrateful!” is a statement heard throughout society today. The question we all should be asking ourselves is why are we producing children who show no gratitude? It is easy to look outside ourselves and place blame on others, but how often do we look at ourselves as parents and adults who purportedly should be seen as role models for the younger generation?

It could be said that “the problem of the young” is mostly due to the poor teachings and misguided role modeling shown by parents and adults alike. The abundance of materialistic pursuits and lack of ethical shaping can only bring up ungrateful offspring. In order to become a responsible person, the first thing that needs to be learned is how to be grateful. This may look like a virtue one acquires, but it is in fact something shaped by parental and family education. As parents, our greatest achievement is to aspire for nothing more than bringing up children who are appreciative and show gratitude. How many of us currently show gratitude towards our parents, no matter what age they may be?

Recently in China, there was news of a mother kneeling in front of her son. She knelt for more than an hour, hoping that by doing so, she could convince him to attend school that day. The son showed total indifference and couldn’t care less about her request. He sat cross-legged on a chair and leisurely played with his phone. He even captured his kneeling mother and posted the picture to his friends with the caption “Live each day happily!” The post went viral. The son’s teacher happened to see this post so he hurried to the boy’s home. He tried to talk some sense into him to make him realize how ungrateful he was. Unfortunately, the mother kept interrupting him stating: “I did it on my own. He did not force me to. Don’t you accuse him!”

Such a scene sadly shows the son’s unreserved arrogance and indifference toward his mother’s dignity, but it equally shows the foolishness of the mother protecting her son at all costs by avoiding her responsibility of disciplining her son and teaching the ethical family values of respect and gratitude. This speaks for itself — this is the greatest sorrow in a parent-child relationship.

The second story shows a man losing money from playing mahjong. He wanted to get US$20,000 from his mother to go back and gamble some more. When she said she didn’t have this kind of money, he asked her to borrow it. The mother refused his request. The son became furious and pushed his mother onto the ground in front of everyone on the street. Later, a relative was heard commenting: “This child has been good for nothing from a young age. It is the mother’s fault — whatever he wants, she gives him!”

The relative’s words may appear harsh and uncalled for. However, upon looking deeper into this problem, hasn’t the son been molded by the mother’s doting love without proper ethical teaching and discipline?

Our third story is based on an Iranian film titled Hussein’s Letter. The theme is about gratitude.

A rich man from a city donated stationery to an impoverished remote town. A poor boy named Hussein was one of the recipients. He got five pencils packed in a colorful paper bag with the address of the pencil-selling shop marked on it. Hussein’s mother reminded him: “You have to take good care of this paper bag. It is the only address you have to show your thankfulness!” Hussein did as he was told. After he graduated from secondary school, he continued studying and working part-time. With this income, every month, he was able to send a postcard to thank the donor. He sent it to the shop in order for them to redirect the card to the rich man.

It was two years later when the shop owner received the 27th postcard from Hussein that he decided to help him send the stack of cards to the hands of the intended receiver. He asked around for the rich man’s address and finally gave him the postcards. The rich man was moved by Hussein’s sincere display of gratitude. In return, he invited him to come to the city to work as his housekeeper.

Many people today are high achievers. However, very few truly excel due to their lack of gratitude. Fostering gratefulness in oneself helps a person to remain humble and kind. How can good people with these qualities go wrong in life?

An ancient Chinese historian, scholar, and writer of the Song Dynasty named Sima Guang wrote a book titled Family Norm.  He advocated in his book that a parent should avoid over-worrying and showing overly protective love toward their children. They should be concerned if they notice they are displaying parental love without the sound discipline to go along with it when guiding and teaching their children.

Translator Cecilia and edited by Maria