Dior Pulls China Model Photo, but Is the Hype Real? 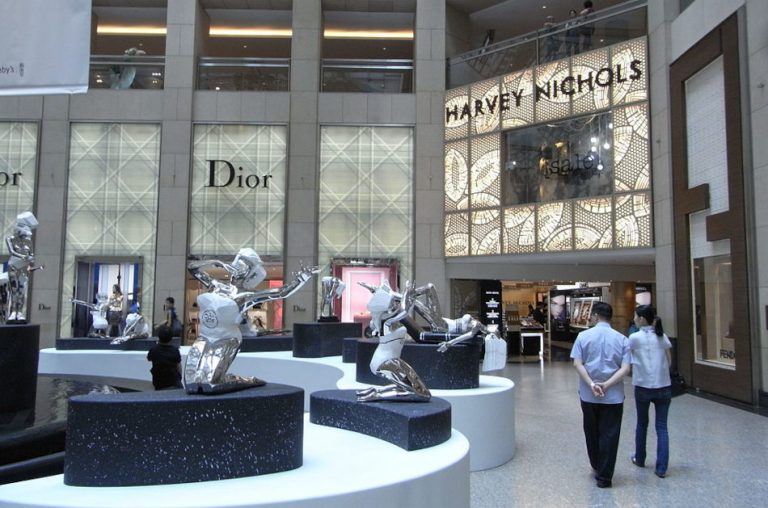 A controversial image by one of China's most famous fashion photographers was removed from a Christian Dior exhibition in Shanghai. (Image: Ewymenfeta via Wikimedia Commons)

On November 12, a Christian Dior exhibition took place at the West Bund Art Center in Shanghai that featured work by Chinese fashion photographer Chén Màn 陈漫. The Art’n’Dior exhibition theme was “Dior and Art” and “Lady Dior.” According to Business of Fashion, it featured “a series of Lady Dior handbags reinterpreted as part of the ongoing Dior Lady Art project by 12 artists, including Zhang Huan and Li Songsong.”

However, the exhibition quickly faced controversy over a particular photograph by Chén Màn, depicting a Chinese model holding a Dior bag.

The photo shows a woman with a Qing Dynasty themed hairstyle called erbatou 二把头 (two-headed hair) worn by Manchurian women, undefined eyebrows, head tilted forward and down with eyes looking up to accentuate their shape and provide intensity, and a freckled face, holding a black “Lady Dior” handbag. Two nails on her left hand are adorned with Qing Dynasty finger guards, a sign of the Manchurian court elite representing power and beauty.

So what happened to upset Netizens and the Chinese Communist Party (CCP) State media, who variously described the model as having “spooky eyelids” or “sinister eyes,” “drooping single eyelids,” “greasy hair,” and “dark skin dressed in traditional Chinese clothing, with Qing dynasty armor?”

State media criticized both Dior and Chén. “Is this the Asian woman in Dior’s eyes?” wrote Beijing Daily on its WeChat account, while underneath, Netizens posted comments such as “Extremely uncomfortable”, “Suspected of ‘uglifying the image of Asians’” and “Caters to the West’s Stereotype.”

Everyone knows the phrase “Beauty is in the eye of the beholder,” which means that beauty is subjective. What one person sees as beauty may not be the same for another. It is also true that different cultures and ethnicities have different views of beauty.

It seems that Chén Màn has a particular artistic style when it comes to representing Chinese models, and Netizens were quick to point out that the style of the model was similar to a series of magazine covers for British fashion magazine i-D in 2012. Each photograph was of a young woman representing one of the different ethnic tribes in China. The magazine front covers always feature the model smiling and winking, and as “over 300 of the world’s fashion elite, the great and the grounded, have given i-D a cheeky wink,” this is now part of the brand’s identity.

Artistically Chén is known to combine tradition and modernity to showcase her view of China “through immaculately staged and often wildly fantastical images.” “We’re a generation that witnessed reform, a generation that’s now witnessing the material dream coming true. What influences me most is this reality. I want to create a visual elaboration of traditional Chinese culture from this perspective,” Chén told i-D.