Are You Aware of Mighty Portugal’s Old and Remarkable History? 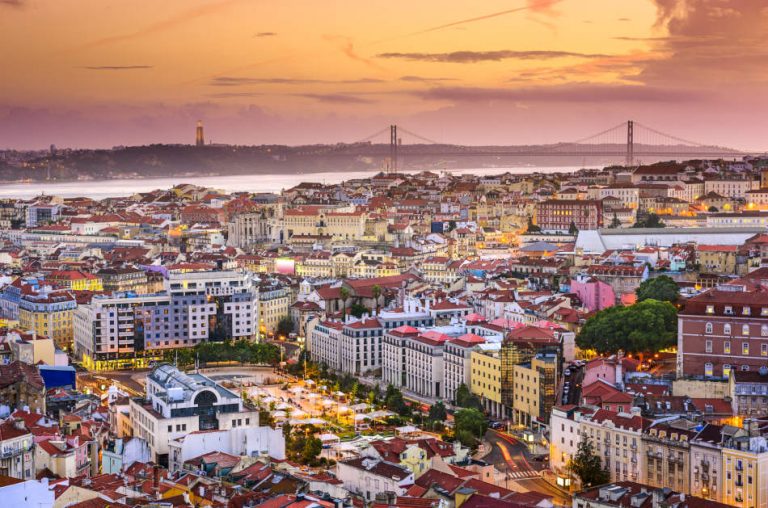 Lisbon, the capital city of Portugal, is one of the oldest cities globally and the oldest in Western Europe. (Image: Sean Pavone via Dreamstime)

Portugal as a whole is predominantly a Roman Catholic country. Lisbon, the capital city of Portugal, is one of the oldest cities globally and the oldest in Western Europe, predating other European capitals such as London, Paris, and Rome.

I recently discovered that Portugal got its name from the city of Porto, located in the northwest region of the country. The name is inspired by “door,” as in “door to the ocean.” Many Portuguese ships left during what is known as “the age of discovery.” With personal family ties to Lisbon and Porto, this discovery was fascinating.

A Portuguese explorer was the first to complete a full sail by sea across the whole world. Ferdinand Magellan (1480-1521) is said to have led the first expedition to circumnavigate the globe. Spain sponsored Magellan to travel west across the Atlantic, searching for the East Indies. Located in Lisbon, the Monument to the Discoveries has always been a favorite of mine.

The country may be small in size compared to other European neighbors. However, what it lacks in geographic size, it more than makes up for through the populations’ hard work, commitment to their country, and strong generational family ethics.

The Anglo-Portuguese Alliance is still in force today and dates back to when the original was signed in 1373. Both Portugal and the UK have entered wars to defend the other. Examples include the UK joining the Iberian Peninsula War and Portugal entering World War 1.

1n 1494, the Treaty of Tordesillas was signed. The document essentially gave Portugal the eastern half of the “New World,” including Brazil and parts of Africa and Asia. Historically, the Portuguese Empire was the first of its kind.

Portugal has the world’s oldest operating bookstore in Lisbon

Bertrand bookstore, or Livraria Bertrand, was established in 1732 and is located in Lisbon. This makes it the oldest known bookstore worldwide that is still fully operational today. The Moravian Bookshop is the second oldest, which opened in Pennsylvania, U.S., in 1745.

Despite being heavily involved in the Atlantic slave trade, Portugal decided to abolish slavery, which was enforced in 1761. This action was taken about half a century before Britain, France, Spain, and the United States followed suit.

Fado (“fate” in Portuguese) is an urban and highly popular genre of music that originated in Lisbon, believed to have been developed sometime before 1820. Fado isn’t the sole province of gifted vocalists and is often sung by everyday people. This musical genre was finally recognized outside of Portugal and subsequently added to UNESCO’s World’s Cultural Heritage list in 2011.

More than 236 million people globally are estimated to speak Portuguese as their first language. Some examples of Portuguese-speaking countries include Brazil, Cape Verde, Angola, and Mozambique. Portuguese is also spoken in Goa (India).