The Superfood That Saw Ancient Andeans Through 2,500 Years of Turmoil 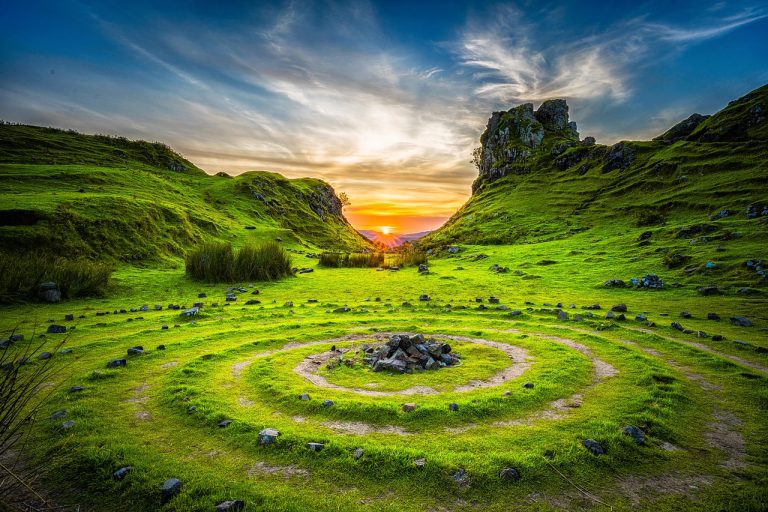 What if Indigenous diets could save our politically and ecologically strained planet? The answer may lie in the success of an ancient civilization high in the Andes Mountains, where not much grows. (Image: via Pixabay)

What if the superfood in Indigenous diets could save our politically and ecologically strained planet? The answer may lie in the success of an ancient civilization high in the Andes Mountains where not much grows.

UC Berkeley archaeologists reconstructed the diets of ancient Andeans living around Lake Titicaca, which straddles Bolivia and Peru 12,500 feet above sea level. They found that quinoa, potatoes, and llama meat helped fuel the Tiwanaku civilization through 2,500 years of political and climate upheaval.

The findings, appearing in the Proceedings of the National Academy of Sciences journal, help explain the endurance of Andean cultural practices in the millennia preceding the Inca Empire. Moreover, they underscore the contribution of traditional Indigenous foods to human resilience. Study senior author Christine Hastorf, a professor of anthropology, said:

“Thousands of years ago, these people already knew that quinoa was a superfood. They came up with this lucky triangle to meet their dietary needs in a pretty stark environment, and we can learn something from them. Today, we’re living under the cloud of climate change. Rising sea levels are drowning tiny Pacific islands, and droughts and wildfires are destroying California’s crops.

“Our findings point to how ancient people successfully adjusted to environmental and political changes, bolstered by a healthy Indigenous diet.”

“Our study documents dietary resilience across millennia in the face of long-term climate and political changes, and shows how studying past societies under these kinds of stressors can potentially help us in the future.”

The results challenge the assumption that fish from Lake Titicaca and corn, also known as maize, were major sources of dietary protein and fiber on the Taraco Peninsula, which juts out from the lake. Corn was most likely consumed as an alcoholic beverage known as chicha and reserved for special occasions, while tubers, meat from camelids like llama and alpaca, and the nutrient-rich seeds of the flowering Chenopodium quinoa plant were the predominant staples, the study found. Miller said:

“These people are living right on the shores of Lake Titicaca, and there’s a lot of references to fish in the archeological record. So, we had always assumed that the people there had been using the lake as a resource.

“But through isotopic testing, we actually found they were not relying on the lake for their primary source of protein. Instead, they were investing in quinoa, potatoes and llamas, which have a long history of domestication in the area.”

For their experiment, the researchers took minuscule samples of dental tissue from the human remains and tested the collagen in the tissue to identify chemical components that could tell them more about the specific kinds of food being consistently consumed over long time periods. Hastorf has studied the history and culture of the Taraco Peninsula from 1500 B.C. to A.D. 1100, during which time the region evolved from a predominantly agrarian society to a sophisticated Andean civilization whose urban center was Tiwanaku.

Quinoa, one of the superfoods ancient Andeans relied on

Lake Titicaca is sacred to both the Tiwanaku and the Inca people. Also sacred to these Andean civilizations was quinoa, which can grow at high elevations in arid, salty soil. It contains essential amino acids and is a source of vitamin E, B2, calcium, potassium, phosphorus, and other nutrients, hence its classification as a superfood. Hastorf said:

“Before, we had an idea of what these people were eating, but we had numerous questions about which foods were important over time and who was eating them. Now we know the foods that helped them thrive in this extreme environment and through multiple climatic changes. They were the original superfood eaters, and they prospered. In the face of long-term catastrophic conditions, we, too, may need to return to traditional crops and food groups that grow best where we live.”

Provided by: Yasmin Anwar, University of California — Berkeley [Note: Materials may be edited for content and length.]