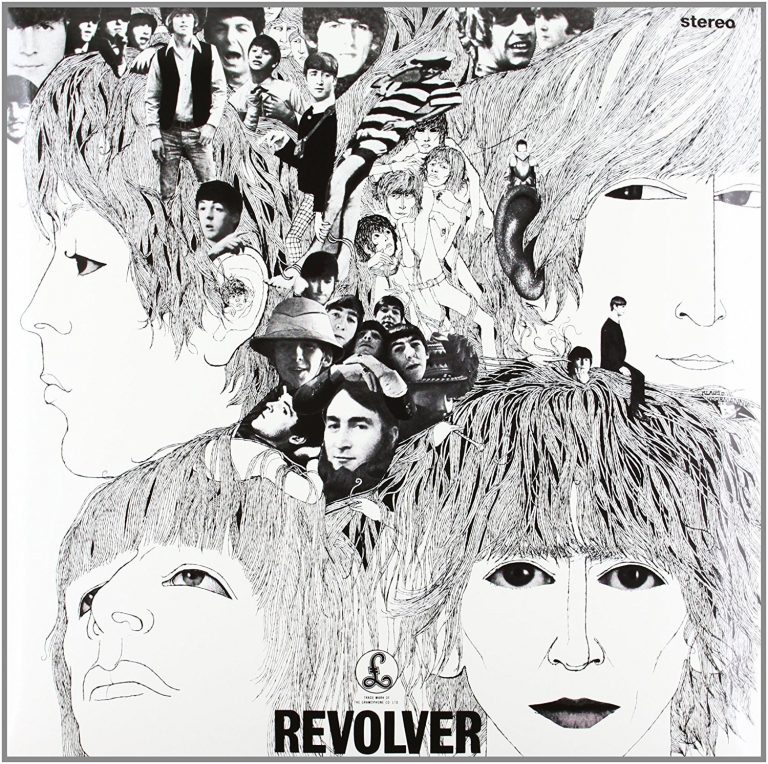 Revolver was the first presentation of Buddhism for the Western mind. (Image: via Fair Use)

Much of the world today is focused upon director Peter Jackson’s Disney+ documentary The Beatles: Get Back, including John Lennon’s metaphysical composure Across the Universe, but it was when I was in college in the 1980s, already a diehard Beatles fan, when I first listened to a Beatles album that was even better than Let It Be, the White Album, or Abbey Road.

Like countless others before me, I ended up listening to Across the Universe, alone in my bedroom in rural Maine, trying to unravel its meaning.

I was disconnected from my culture, alone and trying to understand the essential elements of Eastern philosophy without the need for drugs or alcohol that seemed prerequisites at the time.

Desperate and trying to connect with something beyond the walls of my bedroom and before receiving the means to become a practitioner of Buddhism, the music of the Beatles provided me with a musical opportunity to understand.

Buddhism for the Western mind

Revolver was the first presentation of Buddhism for the Western mind, including mine. Although, of course, Eastern philosophy has been popular in certain circles since the 1950s. Still, it wasn’t until the mid-60s that it began to break into the mainstream, triggered in large part by the Beatle’s musical iterations in the album.

Released in August 1966, Revolver introduced an entirely new sonic palette to music, exploding then-current notions of what music was and could be.

Notable was the first of George Harrison’s Indian raga-influenced sitar compositions in Tomorrow Never Knows — which some observers point to as the birth of World Music and backward guitar solos, tape loops, sound effects, and other innovations that would change recording forever.

As the Beatles’ first album-length attempt to deal with subject matter beyond romantic love, Revolver can also be regarded as their first concept album because of the network of closely linked themes that run through it.

Revolver stands as perhaps the most pivotal recording in the Beatles’ career, marking their transition from teenage heartthrobs to social commentators.

The album also ended the era of Beatles’ songs that could be reproduced in concert, signaling the entry into their studio period, where their creations would become dependent on sophisticated production techniques.

How could it be that the same band that had won worldwide fame in 1964 for singing “She loves you, yeah, yeah, yeah” on The Ed Sullivan Show could have produced such a musically sophisticated album a mere two years later?

‘What I’m interested in is Nirvana, the Buddhist heaven.’

“What I’m interested in is Nirvana, the Buddhist heaven,” John Lennon said in an interview shortly after Revolver’s release. George Harrison, who had meanwhile become deeply involved with Hinduism, later said: “I never realized that there was anything beyond this state of consciousness; there was no way back to what I was before.”

Paul McCartney and Ringo Starr were soon to follow in their bandmates’ footsteps. Still, despite the pharmacological influence, the Beatles’ quest was real, and they explored it through study, meditation, and yoga.

The world around them in the 1960s seemed consumed with power, appearances, and material goods — all of which they had achieved and found lacking.

John Lennon, who was at this point still functioning as the group’s de facto leader, noted just before the Revolver recordings: “Now that I know what I feel must be right, I’m here to show everybody the light.”

The role seemed to suit him. As their minds opened, the band felt a natural impulse to begin sharing what they’d discovered. The world certainly looked like it could use some help, and with a new album in the works, they had the means to provide it.

Still, at this point, they could hardly have dreamed of the impact the new direction they were taking would have not only on the musical world but also on Western society at large.

Revolver boasted the broadest soundscape of any record to date, with instrumentation ranging from French horn to sitar and tablas, from soul-inflected brass and string quartets to the undersea sound effects of Ringo Starr’s children’s singalong Yellow Submarine — combining to create the perfect sonic backdrop to its themes of expanded consciousness.

Revolver’s song sequence can be seen as a progression from the earthly, alienated world of Paul McCartney’s Eleanor Rigby to the possibility of transcendence offered by John Lennon’s Tomorrow Never Knows. How much of this unity was intentional remains open to question.

John Lennon himself commented during a 1968 Rolling Stone interview: “We write lyrics, and didn’t realize what they mean until afterward, especially some of the better songs, such as his Tomorrow Never Knows.”

When the interviewer commented that critics often read something into a song that isn’t there, John responded: “It is there; it’s abstract art. It’s a continuous flow, just pure, and that’s what we’re looking for all the time.”

Tomorrow Never Knows, at once the most extraordinary, most experimental, and purely artistic creation the Beatles had yet produced.

But it is with John Lennon’s I’m Only Sleeping that we realize this is different from any record that came before. With its dreamy, swirling tape effects, this cut is generally seen as an homage to meditation as he pleads: “Please don’t wake me, no don’t shake me, leave me where I am, I’m only sleeping.”

‘The whole universe is a wheel, right?’

But it’s Tomorrow Never Knows that provides the first insights into a new understanding of being for the Western ear. First, a sitar-like drone arises from nowhere, followed by a primal, thudding drumbeat. Then, what must undoubtedly have been the most peculiar lyrics yet out of the mix, delivered by John Lennon in a mantra-like vocal that seems to emit from the end of a tunnel:

The lyrics, though they seemed obscure at the time, are a set of instructions for meditation practice, accompanied by the reassurance that this is not physical existence the singer is talking about but the attainment of a greater consciousness:

That you may see the meaning of within
It is being; it is being

Although it appears last, this song was recorded first, setting the tone for the whole work — and with its lines lifted from the Bardo Thodol or The Tibetan Book of the Dead, John Lennon ties the album’s themes together, clarifying the entire concept.

Tomorrow Never Knows is where John Lennon most clearly reveals Revolver’s actual subject as the attainment of higher consciousness. Having encouraged us to let go of thought, to surrender to the absolute, to realize oneness as the song’s long fadeout begins:

There had never been a song like it, and music would never be the same. It sounds as fresh and startling today as it did when it was recorded.

What remains timeless is to hear the Beatles reinventing the sound, content, and purpose of contemporary music — and with it, themselves. Revolver stands as a document of an extraordinary moment when the possibilities of music seemed boundless.

“The whole universe is a wheel, right?” So John Lennon would say in a 1980 interview shortly before his death. Certainly, Revolver is a wheel — and Tomorrow Never Knows, the most extraordinary, most experimental, and purely artistic creation the Beatles had yet produced.

Although John Lennon later became disenchanted with organized religion, he continued to meditate and practice Buddhism with his Japanese-born wife, Yoko Ono.

“I’ve never claimed to have the answer to life,” he said in the same 1980 interview. “I only put out songs and answer questions as honestly as I can. I have found out personally that I am responsible. There’s no separation; we’re all one.”

Fast forward to today, and I’m a practitioner of Buddhism along with my loving Chinese-born wife, who satisfied her days in part by making chocolate and baking cookies. So yea, we’re all one.