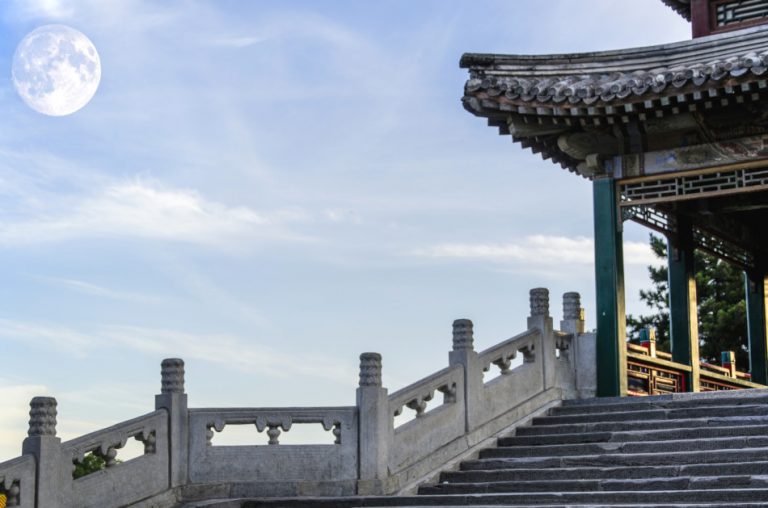 A famous fortune-teller during the Southern Song Dynasty was so accurate in his fortunes that people came from far and wide to see him. (Image: Xinyu Liu via Dreamstime)

Han Zao was a famous fortune-teller during the Southern Song Dynasty. He had a stall in the Sangiao area of the capital city Lin’an, which is these days known as Hangzhou City in Zhejiang Province. He was so accurate in his fortune-telling that people came from far and wide to see him, even visiting his home, to learn what the future held for them.

In the 15th year of Shaoxing (A.D. 1145), two young men came to have their fortunes told. Han told Tang Situi and Shi Hao that they would both be Prime Minister one day and that they would both have amazing political careers. Tang and Shi found this hard to believe as neither of them was even an entry-level government official yet.

Later that year, the young men both took the imperial exams and both passed with very high marks. Tang earned first place in the Extensive Learning and Great Literary Talent exam. Ten years later, he was promoted from the Ceremonial Master of the Ministry of Rites to the Institution of Duanmingdian scholar, and from there to the Privy Council. Two years after that, A.D. in 1157, he was promoted to the position of Shangshu Right Servant, otherwise known as the office of Prime Minister.

Shi was a tutor in the mansion of Song Xiaozong, the King of Jian. They often discussed classic literature and the Tao. When Song Xiaozong was officially crowned king, he immediately promoted Shi to a high political office. While in this position, Shi exonerated Yue Fie and his son from false accusations. By following his heart and keeping a high moral standard, Shi was eventually promoted to the Shangshu Right Servant, or the office of Prime Minister, as well.

The careers of these two bright young men were very similar and mirrored exactly what Han Zao had predicted for them all those years before. They both had meteoric rises to success and were entrusted with huge responsibilities by the Emperor. Both attained the office of Prime Minister, just as Han had said they would.

Han was very good at predicting career prospects and fortunes. He had a deep insight into cause and effect and how it would play out in people’s lives. But he was also very skilled in knowing just what to tell people and, more importantly, when to tell them.

One day, a prominent government minister named Ye came to have his fortune told. Han told him: “Even if you don’t study anymore, you can still rise through the ranks. If you want to know more, come back in 22 days, after the Autumn Festival. I’ll give you the details of all you need to do.” Ye thought that Han was trying to trick him and wanted to fight him. The other people there convinced Ye to leave before doing any damage.

Sixteen days after seeing Han, Ye developed a severe illness and was coughing up blood. When he thought of what Han had said, he became very worried. He asked a monk, a neighbor who was the same age as he was, to write down their birth dates and times and send the letter to Han.

When Han saw the message, he pointed at Ye’s information and said: “This person came to see me earlier this month. He is destined to die before the Autumn Festival. If he lives, I will stop telling fortunes forever.” Upon returning, the monk found he couldn’t tell Ye what Han had said. Ye passed away from his illness before the Autumn Festival had started, just as Han had predicted.

Ye was in fact a very bad person. His parents died when he was very young and his grandmother brought him up. When Ye was 21 years old, an enemy gang attacked their village. His grandmother gave him her savings, 50 taels of gold and 30 ingots of silver, and told him to flee. She asked him to come back for her once he had made a home for them somewhere safe. Ye’s treachery led him to abandon his grandmother, who was killed by the rival gang. He didn’t even return for her funeral.

Once Ye had fled the danger, he used his grandmother’s money to buy land and set up a tea selling business. He became friends with the royal family and gained a ninth-grade official post. His final wish was to be able to return to his village with no ill feeling — he was full of regret for the damage done by his terrible actions. His sudden demise was payback for abandoning his kind and generous grandmother to death.

When Han told Ye’s fortune, he could see what kind of person he was. He knew that Ye was destined for death very soon as Han understood the universal principle — you reap what you sow. Nobody can escape this divine law of retribution. Being kind to others and helping them when they need it will ensure you have a pure heart.