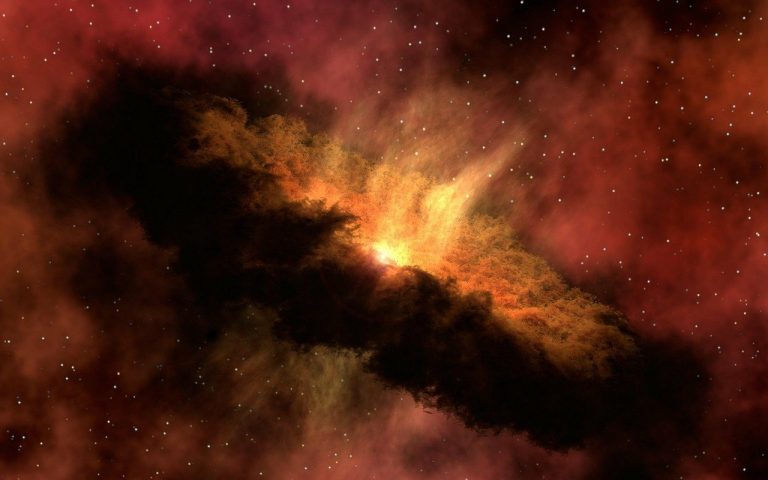 The different isotopes of krypton are chemical fingerprints for scientists sleuthing out the ingredients that made the Earth, such as solar wind particles and meteorites from the inner and outer solar system. (Image: via Pixabay)

Krypton from the Earth’s mantle, collected from geologic hot spots in Iceland and the Galapagos Islands, reveals a clearer picture of how our planet formed, according to new research from the University of California, Davis. The different isotopes of krypton are chemical fingerprints for scientists sleuthing out the ingredients that made the Earth, such as solar wind particles and meteorites from the inner and outer solar system.

The findings indicate Earth’s volatile elements — essentials such as carbon, water, and nitrogen — arrived as Earth was growing and becoming a planet. This contradicts the popular theory that Earth’s volatile elements were mostly delivered near the end of Earth’s formation, which is marked by the moon-forming giant impact. Instead, the krypton isotopes suggest planetesimals from the cold outer solar system bombarded the Earth early on, millions of years before the big crunch. The young Earth also hoovered up dust and gas from the solar nebula (the cloud surrounding the sun) and was bombarded by meteorites. Sandrine Péron, the lead author of the study published in the journal Nature, said:

“Our results require concurrent delivery of volatiles from multiple sources very early in Earth’s formation. This study provides clues for the sources and timing of volatile accretion on Earth, and will help researchers better understand how not only Earth formed, but also other planets in the solar system and around other stars.”

The volcanic hot spots spewing lava in Iceland and the Galapagos are fed by slushy magma plumes rising from the deepest layer of the mantle, near its boundary with the Earth’s iron core. The elements and minerals in this deep layer are relatively unchanged since before the moon-forming impact, like a time capsule of the early Earth’s chemistry more than 4.4 billion years old.

Mukhopadhyay’s lab specializes in making precise measurements of noble gases in rocks from Earth and elsewhere. To sample deep mantle krypton, the researchers collected lava at hot spot plumes. The ancient gases rise to the surface in the erupting lava, getting trapped and entombed as bubbles in a glassy matrix when the lava quenches to a solid, providing some protection from outside contamination. However, even the most abundant krypton isotopes in these bubbles amount to only a few hundred million atoms, making their detection challenging, Mukhopadhyay said.

Péron designed a new technique for measuring mantle krypton with mass spectrometry, concentrating krypton from rock samples in an environment virtually free of air contamination and neatly separating it from argon and xenon. Péron said:

Krypton and neon in Earth’s mantle from different sources

The researchers discovered that the chemical fingerprint of deep mantle krypton closely resembled primitive, carbon-rich meteorites, which may have been delivered from the cold, outer reaches of the solar system. But previous work by Mukhopadhyay and others found that neon, another noble gas in the deep mantle, was derived from the sun. The two different results suggest at least two distinct volatile sources for the Earth’s mantle, delivered very early in its history. The researchers also noted less of the rare isotope Kr-86 in the deep mantle compared to known meteorites. The deficit in Kr-86 suggests that known meteorites alone may not account for all the mantle’s krypton.

Finally, the new results also have implications for how Earth’s atmosphere arose. The ratio of different krypton isotopes in the deep mantle doesn’t match the isotope ratio in Earth’s atmosphere, the researchers found. This means some gases in the atmosphere, including noble gases like krypton, were delivered to Earth after the moon-forming impact. Otherwise, Earth’s mantle and atmosphere would have the same isotopic composition due to isotopic equilibration following the impact, Péron said.

Provided by: Becky Oskin, UC Davis [Note: Materials may be edited for content and length.]