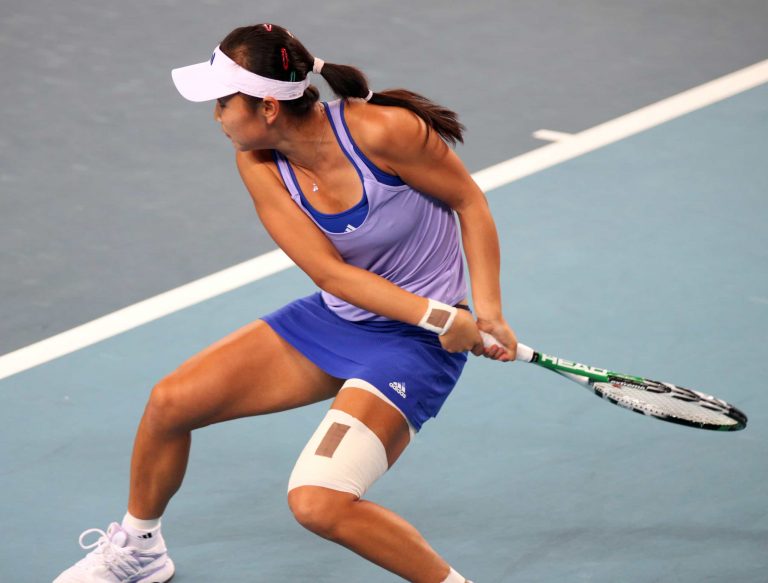 Shuai Peng during a singles match at the China Open Tennis Tournament in 2009. (Image: Eagleflying via Dreamstime)

In the last few weeks, the tension and worries regarding popular Chinese Tennis player Peng Shuai have increased. The star accused Zhang Gaoli, a former Chinese Communist Party (CCP) Vice-Premier, of sexual molestation and that led to her disappearance, causing widespread worry and condemnation from governments and organizations.

While the Chinese state-controlled media outlets got into overdrive mode to control the damage caused by the tennis player’s Weibo post, the tennis fraternity stood firm and extended its support to the player. Even the World Tennis Association (WTA) has taken a tough stand against China and demanded the star should be allowed to speak freely. Pressure from the governments of various countries has also been rising. In such a situation, the fans heaved a sigh of relief with the reappearance of Peng Shuai.

Peng is a star figure in Chinese tennis with an illustrious career and many achievements. Since her WTA debut back in 2001, she has bagged 25 titles and taken part in three Olympic games. Peng has a robust presence on social media and her fan base is large. So fans were shocked when Peng accused the former Vice-Premier of molesting her.

Soon after publishing the Weibo post, it vanished from the site and the player went missing owing to the CCP’s censorship tactics. This led fans and her colleagues to believe the CCP was trying to silence her and hide the truth, exposing the misdeeds of its members.

As the WTA, the governments of various countries, and her fans demanded proof of her safety, the Chinese media outlets came up with some images and an email was supposedly written by her. However, these did not satisfy the majority with the WTA demanding more credible proof of her safety. The authenticity of some images posted on a WeChat account was also questioned by many.

News of Peng Shuai’s reappearance made headlines after the Global Times editor published her images at a Beijing tennis tournament. The International Olympic Committee (IOC) later said it communicated with Peng and she was safe.

However, players, fans, and the WTA were still not happy with such proof. Top tennis players such as Novak Djokovic, Naomi Osaka, and Serena Williams also wanted proof of her safety. The WTA took a robust stand against the CCP saying it will cancel all upcoming tournaments in the country if it did not get solid proof of the safety of the player.

Concerns about Peng Shuai’s safety were also expressed by others. University of Toronto’s political science professor Diana Fu said: “Peng Shuai’s accusation is not only controversial because she points the finger at a tiger: a former top Communist Party official, Zhang Gaoli. It is also threatening because it evidences that no matter how hard to suppress the #metoo movement in China does not seem to die.”

Suspension of all WTA tournaments in China

Steve Simon, the WTA head, took strong steps on December 1, 2021. He announced the suspension of all 10 tennis tournaments in China in 2022. He said he was not at all convinced that the star was safe and free. He also said possibly she was being influenced by strong-arm tactics of the Chinese government, adding: “While we now know where Peng is, I have serious doubts that she is free, safe, and not subject to censorship, coercion, and intimidation.”

The WTA demanded previously nothing short of a direct conversation with the star player. The IOC meanwhile has been trying to dispel fears and concerns about Peng Shuai. It said it had a second interaction with the Chinese tennis star.

It said: “We share the same concern as many other people and organizations about the well-being and safety of Peng Shuai. This is why, just yesterday [December 1], an IOC team held another video call with her. We have offered her wide-ranging support, will stay in regular touch with her, and have already agreed on a personal meeting in January.”