What Are the Concerns Over Famous Chinese YouTuber Li Ziqi? 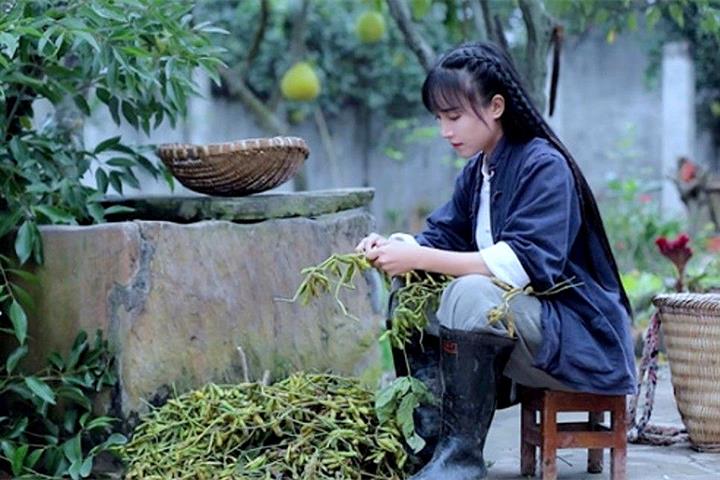 Li Ziqi, the YouTube sensation from China hails from a remote village in the Pingwu County in China's Sichuan Province. (Image: Screenshot via YouTube)

Li Ziqi, the YouTube sensation from China, hails from a remote village in the Pingwu County in China’s Sichuan Province. The beautiful videos depicting nuances of rural life, culture, and cuisine have made her a sensation not only in China, but also overseas.

Li Ziqi has a calm composure and her videos of traditional Chinese culture and cuisine have helped spread her popularity globally. She started posting her videos depicting the cuisine and traditions of China in 2017 and it did not take too long for her fan base to grow.

The 31-year-old’s food and handicraft videos have garnered 16.3 million subscribers on YouTube, the most for any Chinese-language channel on the website, and she has 27.6 million followers on the Chinese social media platform Weibo.

She started the video channel without thinking of profit and publicity but the response made her overwhelmed, she remarked in an interview.

She said: “I don’t have a specific plan for the videos, sometimes an idea just pops out of my mind. Like once, I wanted to make a video about wooden movable-type printing, so I decided to give it a try. It took me a while to learn it, but I can really feel the charm of this traditional craft and love it so much. When you’re doing something you truly like, viewers can feel that.”

She has a team made up of an assistant and two cameramen. As for picking topics, she said she was inspired by feedback from her followers online. Her tranquil and well-shot videos were lapped up by millions of people during the lockdown period.

While Li Ziqi uploaded more than 100 videos on YouTube and each received millions of views, something went amiss in July 2021. The popular Chinese internet star paused loading new videos suddenly and that made her fans worried and curious. Some of them posted comments urging her to return and explain what went wrong.

It took some time before things became clear for everyone. Li was found at a police station though she did not breach any law. It so happened that the young Internet star was engaged in a legal tussle with the company publishing her content.

Li’s company, Sichuan Ziqi Culture Communication, filed a lawsuit in China’s Sichuan Province against its major shareholder Hangzhou Weinian Brand Management, according to the business information platform Tianyancha. No further details have been made public yet.

In September, Li’s assistant confirmed via Weibo that Li, whose real name is Li Jiajia, was in dispute with Internet celebrity brokerage Weinian, without divulging any other information. During an interview with China Central Television on October 22, Li said she did not want to see her intellectual property over-commercialized.

Li owns 49 percent of Ziqi Culture and Weinian owns the rest, according to Tianyancha. She is the company’s legal representative.

Li has since been using Oasis, a lesser-known social platform to keep in touch with her online followers. The co-investors of her company have resorted to steps leading to a locking of her YouTube account. However, her fans are eager to see her making a comeback with new posts.