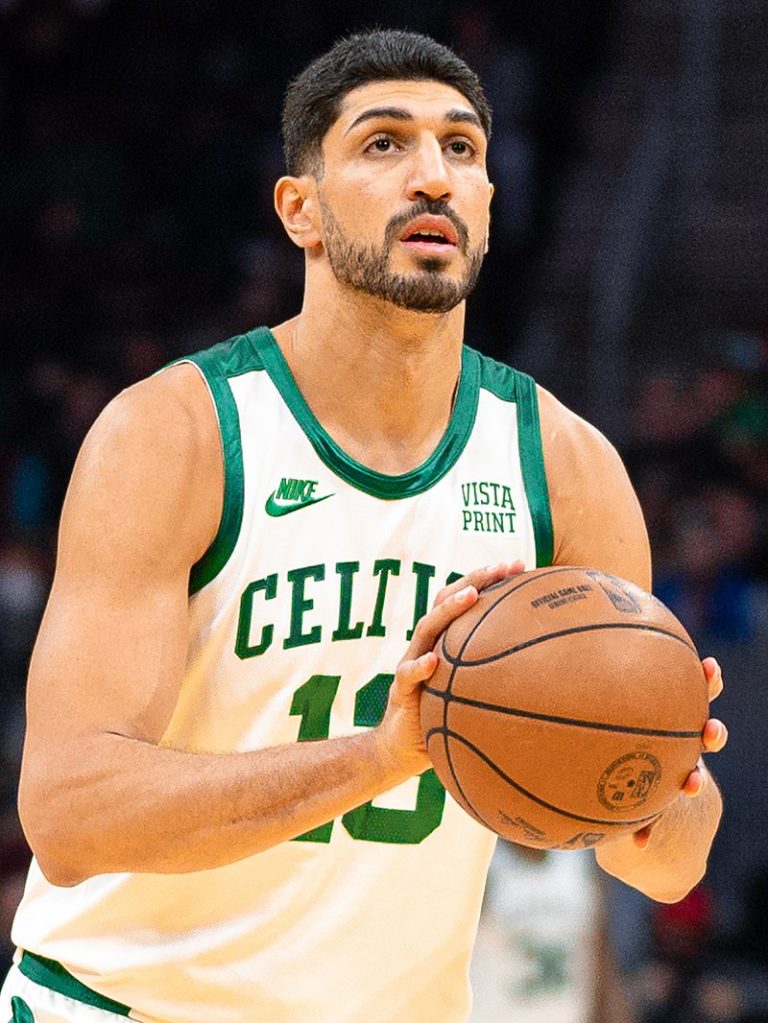 Enes Kanter Freedom is a Swiss-born Turkish-American professional basketball player for the Boston Celtics of the National Basketball Association (NBA). (Image: via Wikimedia)

The Chinese Communist Party’s (CCP) treatment of the ethnic Uyghur Muslim community and others including Falun Dafa practitioners, has drawn sharp criticism from all quarters. Among those loudly opposing human rights abuses in China is the National Basketball Association (NBA) player Enes Kanter Freedom.

Enes Kanter Freedom is a Swiss-born Turkish-American professional basketball player for the Boston Celtics of the NBA. He was originally selected as the third overall pick of the 2011 NBA draft by the Utah Jazz. He represented the Turkish national team internationally.

Criticism of LeBron James and Nike

The NBA player has made a point of contention regarding the role Nike plays in professional basketball in the U.S. The brand has faced criticism for its links with forced labor in China and Freedom has minced no words for LeBron James and his multi-million dollar contract with Nike.

Freedom said he believes athletes should act responsibly and that includes brand endorsement issues too. He came down heavily on Nike saying the company is using popular icons and players like Christiano Ronaldo and LeBron James. In turn, Nike is garnering publicity and enhancing its revenue. He strongly believes that players should not behave like puppets controlled by wealthy corporate players. They should endorse brands that are not related to human rights abuse in any way.

LeBron James is yet to respond to the allegations properly. He said on the issue: “I think if you know me, you know I don’t give too many people my energy. He’s not someone I would give my energy to. He’s trying to use my name to create an opportunity for himself. I definitely won’t comment too much on that.”

The Boston Celtics center also recently called out Jeremy Lin on Twitter for his decision to play basketball in China:

Lin, a Taiwanese American, announced in July he will play for the Beijing Ducks after a failed attempt to return to the NBA. He also played for the team in the Chinese Basketball Association (CBA) in 2019-20.

The 33-year-old was the first American of Chinese or Taiwanese descent to play in the NBA, spending nine seasons in the league while winning a title with the Toronto Raptors in 2019. Lin acquired a Taiwan passport in 2020 to become a domestic player in the CBA.

Standing tall against the CCP

Freedom has called the U.S. diplomatic boycott of the Beijing Winter Olympics “good but not enough,” praised the Women’s Tennis Association for suspending tournaments in China over safety concerns for Olympian Peng Shuai, protested against the Chinese concentration camps of the Uyghur Muslim minority, and denounced the dictatorship in Turkey, which revoked his Turkish passport in 2017 and then imprisoned his father.

In a recent interview, Freedom remembers the first time wearing his “Free Tibet” shoes on the basketball court: “Two NBA officials came to me on the bench and said we are begging you take those shoes off. And I told them, this is my right, you cannot tell me to take my shoes off; you know I’m getting ready for my citizenship test. There are 27 amendments and my First Amendment is freedom of speech.”

Human rights and democracy are under threat

After becoming a U.S. citizen, Freedom said: “Human rights and democracy are under threat. Around the globe, authoritarian strongmen are getting stronger.

Yet far too many celebrities, athletes, and corporations still choose their money over their morals. Speaking up for victims of authoritarian violence has somehow become controversial, just because it might alienate the perpetrators. It shouldn’t take the disappearance of a former No. 1 world tennis star for some of us to make a statement.”

“Freedom is not about staying silent in the face of a tyrannical dictatorship that commits genocide against the Uyghurs because you prefer to preserve your business deals.”