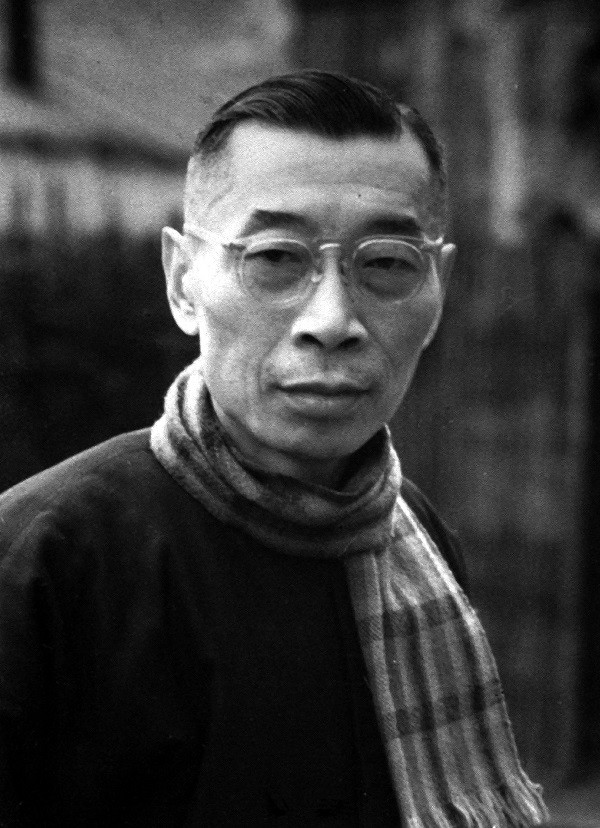 Last month marked the anniversary of the death of one of the most renowned Chinese intellectuals that fell to a tragic fate during the Cultural Revolution in China, Fu Lei. (Image: via Public Domain)

Last month marked the anniversary of the death Fu Lei, one of the most renowned Chinese intellectuals who fell victim to a tragic fate during the Cultural Revolution in China.

The Chinese Cultural Revolution is regarded as one of the most “consequential events in modern Chinese history.” Ironically there is a lack of any official commemoration in mainland China regarding those who passed away during the decade-long historical process.

Many Chinese intellectuals of that time were influential and well-respected international influencers in their fields of expertise, especially in the area of literature and translation. They were important bridges between East and West.

Thanks to intellectuals like Fu Lei, who was an influential translator of French literature as well as an art critic, East and West mutually gained insight into the greatest remnants of the culture and literature that the other side had to offer.

The suicide of Fu Lei

Fu Lei was well respected for his translations of world classic literature into Chinese. He devoted himself to art, music, and literature. Fu Lei was known among his peers as being incredibly focused, passionate, and productive in his field of expertise.

The goal of the Cultural Revolution as stated by its leader Mao Zedong, Chairman of the Chinese Communist Party (CCP), was to “preserve communism by ‘wiping out’ all remnants of so-called capitalist and traditional Chinese elements” from society.

“Hundreds of thousands of people were killed as the country fell into what Frank Dikotter,  describes as civil war, with different Red Guard and People’s Liberation Army (PLA) factions fighting each other, and millions more were displaced and traumatized as society broke down around them.“

Fu lei was among the intellectuals who were labeled as pro-Western or counter-revolutionary during the Cultural Revolution. As a result, he was beaten and violently reshaped like many others who fell victim to the forced ideology adaptation by the CCP during that time.

Like many of his peers who didn’t bend easily and held on to their human dignity and free speech, he was systematically humiliated and publicly denounced to drown out any final flame of dignity or courage that may have once burned in him.

The point of no return

Then after years of hardship, enduring unimaginable pain and suffering, Fu Lei and his wife committed suicide during the revolution in 1966.

Ironically, it may seem like sacrificing what is most precious to most of us—life itself—may have been the only exit plan they believed could make a lasting impact on their society. And indeed it did because Fu Lei is commemorated today like many other martyrs who died for a cause.

The man behind the martyr

Fu Lei was born in Shanghai in 1908 and grew up in the turmoil of his time. He was always passionate about culture, both Chinese traditional culture, and foreign culture.

So, as soon as the opportunity arose, he went to study in France. He was there from 1928-1932, successfully graduating from the University of Paris and the Louvre Academy of Fine Arts History.

But his heart pulled him back home, to the mainland of China, where he became a professor of French and art history at the Shanghai Academy of Fine Arts.

He is said to have made a big impact in the lives and on the views of many of his students. After a few years, however, he gave up teaching for a big passion of his.

He wanted to introduce an entire Chinese generation to the great works of European art and took on the job of a translator.

During his time as a translator, he translated many great European works and made them accessible to the minds of knowledge-hungry intellectuals and students on the Chinese mainland.

He translated Rolland’s biographies of Beethoven, Michelangelo, and Tolstoy into Chinese.

He even tackled the Magnum Opus, the 10-volume novel by Jean-Christophe.

Fu Lei’s translation of Jean-Christophe was more than a million words long and included extensive prefaces and numerous footnotes in which he explained the European culture.

Fu Lei as an influencer

Many experts agree that his translations and passion for the musical, religious, and mythological history of European fine arts instilled much of the robust admiration of Beethoven and his music that remains till today in China.

Fu Lei had devoted his life to arts, but it seemed he could not escape politics.

According to Fu Lei’s family letters that were published in 1981 and sold over a million times, Fu Lei and his family endured incredible hardships, and struggle.

Fu Lei’s passion for music and his wife’s skill as an accomplished classical pianist also passed on to their son, Fu Cong, who grew up to become a famous pianist himself.

Eventually, however, the public humiliation that Fu Lei and his wife experienced and the violence by the Red Guards in the early months of the Cultural Revolution seemed to be too much.

On the early morning of September 3, 1966, Fu Lei, aged 60, watched in silence as his wife Zhu Mei-fu tore bedsheets into long strips and twisted them into ropes.

Then, they hung the ropes onto the curtain rack of the floor-length window, helped each other step on the stools, and the most outstanding translator of 20th century China and his wife bid farewell to this world.

They padded the floor under the stools with blankets so there would be no noise when they kicked off the bench, which might bring an unwanted rescue.

It could be they just did not want to disturb the world.

Leaving without a debt

Before they died, they still held on to ethics.

According to accounts, there wasn’t one line of complaint in their will.

All it listed were notes regarding rent payments, instructions to pay out the housekeeper’s wages, and some compensations for relatives.

They even made sure to leave some compensation for their funerals.

It seems that they chose to leave the world quietly as if they were taking a journey away from home, a place they used to love with their words and hearts.

Before the day of their suicide, they had undergone public persecution for four days and three nights.

They had committed the largest crime of their time, which was being labeled a rightist.

What kind of person was Fu Lei?

Fu and his wife, just like many others who were labeled as rightists by the CCP during the Cultural Revolution, were forced to kneel and wear a high hat to humiliate them.

In one of his last letters to his son Fu Lei writes:

“He knows [Fu Lei’s son] that he has taken only the first step in a rich limitless world of artistic opportunity. My hope for him – as I told him before he left for Poland – is this: ‘You must first of all be a man, then an artist, then a musician and lastly a pianist.”

Since the advent of civilization, there have always been those who use their power to silence those who have a different ideology. There are many historical cases where unjust leaders tried to eradicate any memory of the past and traditional values to justify their rulership and new ideology.

The only weapons those who suppress and seek to bend the will of others have over those who seem unbendable and free in will and thought are fear and vanity.

Translated by Audrey Wang and edited by Angela M. and Hermann Rohr