‘Moby-Dick’: The Tale of a Whale That May Not Be So Fictional 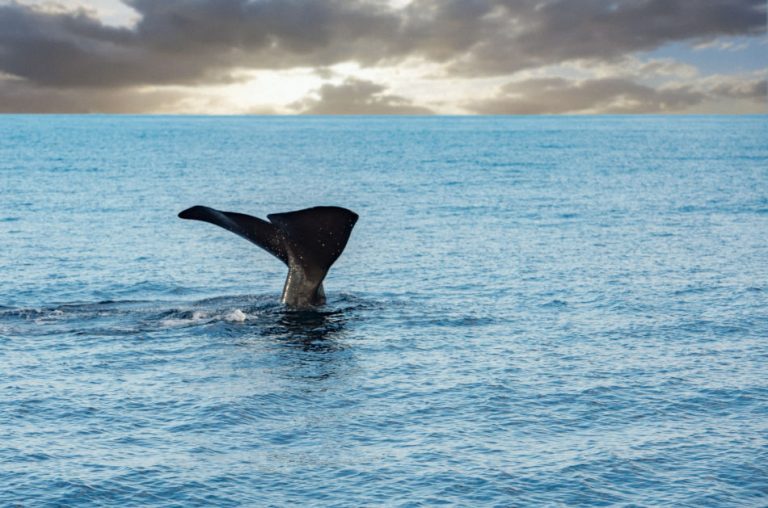 Ever since the book 'Moby-Dick' was published in 1851, people have debated whether a sperm whale could actually sink ships using its colossal head as a battering ram. (Image: Izanbar via Dreamstime)

Ever since the book Moby-Dick was published in 1851, people have debated whether a sperm whale could actually sink ships using its colossal head as a battering ram.

An international team of researchers, led by Dr. Olga Panagiotopoulou from the University of Queensland, has been researching this very theory.

In their research, published in PeerJ, the biological and medical sciences journal, they point out that scientific evidence about the phenomenon remains scarce.

Dr. Panagiotopoulou, who is an expert in the anatomy, bone biology, and mechanics of large animals, including elephants and non-human primates, said in a statement:

“The forehead of the sperm whale is one of the strangest structures in the animal kingdom.

“Internally, the whale’s forehead is composed of two large oil-filled sacs stacked on top of each other, known as the spermaceti organ and the junk sacs.

“The oil in the upper spermaceti organ was the main target of the whaling industry in the early 19th century.”

In the 19th century, a whaler had originally proposed the contentious hypothesis on the battering ram function of the sperm whale head. Dr. Panagiotopoulou adds that the male sperm whale’s head is much larger than that of a female.

“Such differences between the sexes are commonly found in species in which males fight to compete for females.

“After a large male rammed and sank his ship in the Pacific in 1820, whaler Owen Chase described the whale’s head as admirably designed for this mode of attack.

“The theory was instrumental in inspiring Herman Melville’s novel Moby-Dick, but until our research, its mechanical feasibility had never been addressed. The scientific community received the ramming hypothesis with reluctance.

“This was mainly because the front part of the sperm whale head houses sensitive anatomical structures that are essential for sonar communication between whales, and they would be in harm’s way in a ramming event.

“Also not many people had actually observed sperm whales ramming.”

Can a sperm whale sink a ship as in Moby-Dick?

Moby-Dick was based on the sinking of the Essex whaler in 1820. Owen Chase, 21 years old and the first mate of the Essex, alleged that on the morning of November 20, 1820, an 85-foot sperm whale rammed the Essex twice and sank the ship. Only 8 of the 21 crew survived.

In a report from a pilot and conservation researcher, they documented seeing sperm whales ramming while the plane was flying over the Gulf of California. After receiving the report, the researchers were intrigued and fascinated.

Professor David Carrier from the University of Utah said that the sperm whale head had an important role in transmitting sonar clicks and potentially assisting in communication and buoyancy, the University of Queensland wrote.

However, there was still no explanation of how a sperm whale head could function as a weapon capable of sinking ships that are four to five times the mass of the whale, he added.

The research team, which involved researchers from Australia, the UK, the U.S., and Japan, used computer models and structural engineering principles to find out how a sperm whale’s head would hold up when ramming objects such as boats.

In the research, Dr. Panagiotopoulou was able to show that a whale ramming a boat could potentially cause fatal fractures, saying:

“But our findings show that connective tissue partitions within the junk of the sperm whale forehead may function as a shock absorber,” she said.

“This mechanism is important to reduce impact stress, and protect the skull from failure.

“The mechanical advantage of the junk’s structure may be the result of selection and acquired traits related to male-to-male aggressive behaviour,” she said.

“Male sperm whales may not fight frequently, but we know that aggressive ramming behavior is a common characteristic in bottle nosed whales, killer whales, narwhales, pilot whales, and the group of mammals from which whales are derived — the even-toed ungulates, such as goats.

“A closer look into the anatomy of the heads of other species that ram (such as monkeys and hippopotamuses) may reveal a variety of protective mechanisms.

“Our study has limitations, but we hope it might stimulate future research to unravel the mechanical function of the head during head-butting events in other species, where aggressive behavior has been observed, but remains unmodelled.”

Although possible, it’s still not known for certain whether a sperm whale is truly capable of sinking a ship as portrayed in Moby-Dick.