Yang Likun: The Tragic Story of the Most Beautiful Woman in China 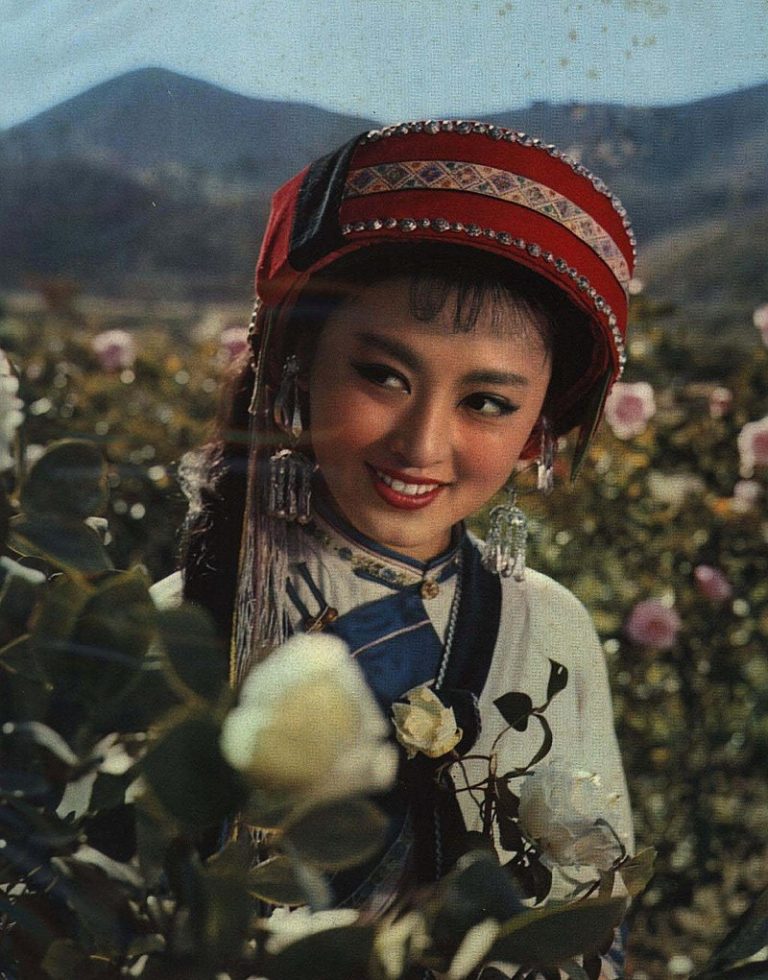 Yang Likun was one of the most famous actors in China for a generation. (Image: via Public Domain)

Yang Likun was one of the most famous actresses in China for a generation. She was considered the number one beauty in the Chinese film industry, often compared to talented Hollywood actress Vivien Leigh. And she was even named the most beautiful woman in China for over 60 years.

Unfortunately, her popularity throughout the entire country made her a target of communist jealousy. Her tragic encounter with the Chinese communist regime reflects the continuing oppression of society as a whole.

Yang Likun, an accomplished, popular, and dazzling artist, endured cruel persecution during the Cultural Revolution. Although she survived the many humiliating ordeals and saved her life, she was driven insane. The Chinese Communist Party (CCP) hates everything wholesome and beautiful. They wanted to teach her a lesson and bring her down.

It is a saying among the ancient Chinese that a life of beauty may be difficult. In the case of Yang Likun, God bestowed on her a beautiful appearance, a dazzling halo, and incredible talent. While all this gave her a life of great joy, at the same time, she also endured great sadness and sorrow.

Yang Likun was born on April 27, 1942 in the Yi branch in Pu’er, Yunnan. The Yi is one of the ethnic minority groups in China. When Yang Likun was four or five years old, her mother died of exhaustion due to hardship and overwork. On account of ongoing family difficulties, Yang Likun had to drop out of school while still in the elementary level. A few years later, she stayed in her second sister’s house in Kunming and continued her studies.

At the age of 16, she starred as one of the golden flowers in the film Five Golden Flowers, and she was the most lovely and touching flower among them. Then, at the age of 22, she starred in China’s first color, wide-screen, stereo music, song, and dance film Ashima, in which Yang Likun perfectly interprets the beauty and innocence of the struggling Ashima that captivated hundreds of millions of fans.

Her career takes off and a star is born

In 1954, the 12-year-old Yang Likun and her second sister went to watch a performance by the Provincial Song and Dance Ensemble. The head of this troupe, Hu Zonglin, noticed Yang Likun and thought that she had a talent for dancing, so she recruited her into the troupe to become a dance student.

Yang Likun knew then that this type of opportunity was hard to come by. She worked hard to become the pillar of the Song and Dance Ensemble:  She was the most beautiful attraction and she held center stage.

In the second year, she formally participated in the performances of the troupe and she became a solo dancer. Her performance was loved and appreciated by audiences. In 1959, Yang Likun was selected to star in the Five Golden Flowers, and this was the film that changed her life. From then on, she was thrust onto the clouds of good fortune and at the same time was tortured into the depths of tragedy.

In 1962, after the Five Golden Flowers was released in China, it was loved by audiences all over the country and caused a huge sensation. When Yang Likun participated in the second Asian Film Festival in Cairo, Egypt, she won the Best Actress Silver Eagle Award. The President of Egypt called her to accept the award. Since then, Five Golden Flowers has been screened in 46 countries and regions, and her performance remains unmatched.

In 1964, Yang Likun starred in the film Ashima, which was adapted from the famous long narrative poem of the Yi people. Yang Likun perfectly interprets the unique character and spirit of the Yi people and Ashima’s indomitable struggle against powerful forces that reveals freedom will conquer oppression.

She became an unforgettable image in the hearts of the people. However, as soon as the filming was completed, it was declared an anti-Party and anti-socialist “poisonous weed” that “proclaims the supremacy of love and full of bourgeois sentiment.”

Framed as being ‘anti-revolutionary’

Yang Likun was notified to return to her unit and was framed as being anti-revolutionary. Her life was utterly changed. A beautiful and intelligent actor, a sincere, and kind woman, she was surrounded by a pack of communist hacks.

She became the victim of endless harassment, and was severely tortured, beaten, and humiliated. She was locked inside a dark room. She was dismayed by it all and under such deliberate duress and pressure, she fell victim to severe panic attacks daily. Finally, her spirit was broken and she went insane. Hallucinations followed and her condition became more and more serious.

Yang Likun was sent to a hospital for treatment, but due to her serious mental condition, she was transferred to the Kunming Changpo Psychiatric Hospital.

From 1964 to 1970, which was from the age of 22 to 28, Yang Likun was disheveled and spent the most beautiful years of her life in a mental hospital. Her condition became worse and worse, from which she never fully recovered.

During those years, she was denied the opportunity to return to her profession, and the ideal part of her life was stolen from her. Due to long-term ill-treatment and medication, she lost her once beautiful face and graceful posture. This is devastating for a dance artist. It was no longer possible for her to return to the stage.

In 1971, she had dull eyes, a bloated body, and an aged face. She was only 29 years old. In that year, she met her husband Tang Fenglou on a blind date. This sincere man who learned foreign languages ​​and worked in a factory accepted her, understood her, cared for her, and had great affection for her.

After marriage, Tang Fenglou showed great concern for Yang Likun, providing her with a warm home though she never fully recovered from the endless torture of the ordeals. On May 25, 1974, Yang Likun gave birth to twin sons. Yang Likun finally had some sunshine in her life and lived happily for a time.

Signs in the sky

Many years later, when Tang Fenglou recalled Yang Likun, he said tearfully: “I was able to live with her for nearly 30 years because of her kindness.”

Although Yang Likun missed Yunnan, she never returned to her hometown until her death. On July 21, 2000, Yang Likun departed this world from illness at her home in Shanghai at the age of 58.

Following her death, two tombs were erected for her, one in Shanghai and one in Kunming, each burying half of her ashes. A meteor flashed by at the time and her beauty was immortalized in Heaven and in the hearts of the people forever.