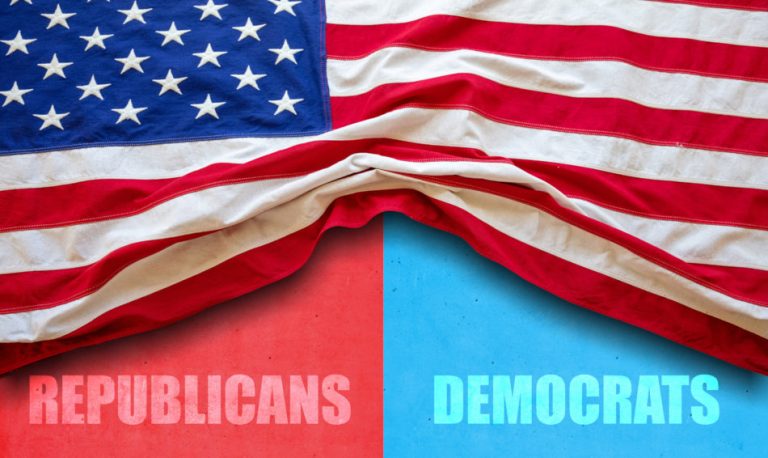 It is best if all Americans unite and fight the battle together. (Image: Rawf88 via Dreamstime)

Political polarization in the United States of America is quite common. Social scientists are working on the matter and provide valuable explanations for frozen political discourse. Lots of discussions are done about the political polarization of America. After electing the most polarized Congress “since the end of Reconstruction,” various kinds of reasons are given, including money in politics, closed primaries, loss of “middlemen” in political parties, etc. It is true that all these may play some role, but according to the Law of Parsimony, simple explanations are better than complicated ones.

Experts opine that one reason for sending polarized representatives to Washington is that we have become polarized ourselves. In a survey report, it has been seen that the average partisan gap increased from 15-36 points in the span from 1994 to 2017. The opinion gaps are regarding key issues including the environment, welfare, military, immigration, etc.

Along with opinions on political issues, acute partisanship is defining our human behavior as well. It is observed that we are looking to make alliances with people who share the same ideologies and beliefs, we like to buy things from fellow partisans, and we develop some kind of disapproval for people supporting the opposing party, and so on. Political party affiliation is being developed as an “us versus them” mentality.

In new research, it has been established that Americans have strong prejudices against different political identities as much as they have against different racial identities. Different kinds of association tests are done with which we can measure the hidden biases in people. A categorization test is done where candidates have to answer questions as quickly as possible. The time that a candidate takes for categorizing his/her choice defines his/her level of bias. Anyone who is highly biased will take seconds in choosing the category. For determining bias between racial and partisan biases, partisans were provided with European American/African American Brief Implicit Association Tests. In the research, it was concluded that party polarization took over race polarization by quite a great extent.

Extreme polarization is defining how we view each other

To be frank, political beliefs are now becoming social identities. We have a feeling that anyone who has the same political opinion as we do is good and moral. Therefore, according to argumentum ad hominem, these social identities have more chances of arguments and discord than other group identities, as there are no legal or social norms that discourage prejudices and discrimination on the basis of political affiliation. On the contrary, we end up celebrating our political heroes and attacking their opponents. This is a sign of extreme polarization.

Group prejudices and identities are nothing new. Lots of studies are being done on the matter and we are learning about the consequences and causes. Terror Management Theory is one such theory that has been developed on this topic. According to this theory, anxiety and fear of the future lead us to cling to our knowledge of things and beliefs, to cultures and communities from which we obtain self-esteem.

There are many things to worry about in the near future — nuclear North Korea, climate change globally, AI revolution, etc. We are currently living in a transitional moment, which is actually dangerous. Therefore, it is important that we have trust in our communities and belief systems, as these are the only things upon which we can fall back. It has been deduced in research that mortality salience helps in instigating worldview defense and increased self-esteem.

Political ideologies and morality are closely woven together. It is from here that group identities commence shaping prejudices. However, these prejudices are not unsurmountable. Research proves that intergroup contact minimizes prejudice considerably. In such contacts, people respect each other. As the animosity between political groups is increasing, it is important that we apply such concepts to political identities for encouraging inter-ideological relationships. Many civic groups are working towards this goal trying to bring people together for bridging ideological divides.

In healthy governance, policies should be discussed in a civilized manner decreasing hostile polarization. With reduced polarization, we will be able to work on the ideological divide, thus reducing prejudice and increasing empathy.