How Was the Atacama Desert Melted to Glass 12,000 Years Ago? 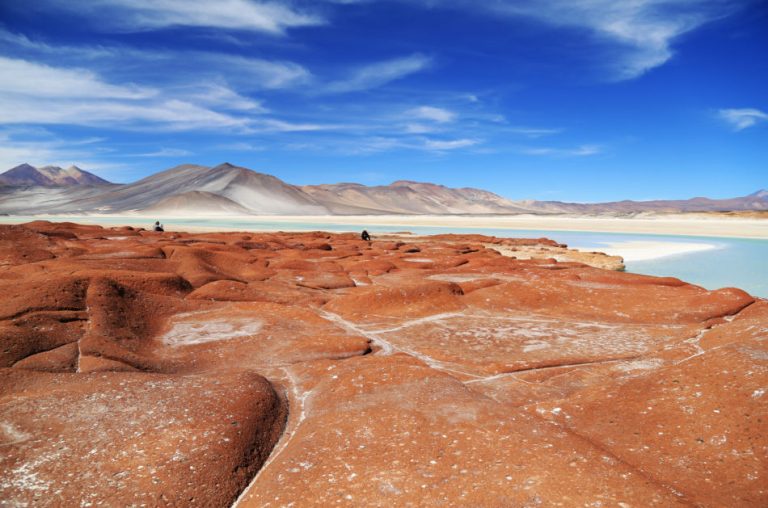 Chile's Atacama Desert contains a strip that is scattered with slabs of glass that may have been caused by the intense heat produced by an exploding comet. (Image: Padchas via Dreamstime)

In certain parts of the world, you will come across artifacts and remains of monuments and relics that may leave you awestruck. One such example is a section of the Atacama Desert. In this stretch, viewers get amazed by the presence of twisted chunks of glass. For centuries, the locals and tourists have wondered how the glass chunks were created in the desert region. A new theory that has been doing the rounds is that the glassy stretches were created by a comet that exploded in the region around 12,000 years back. The airburst Atacama Desert theory has found support from a section of scientists.

The 75 km (46.6 miles) long stretch is located in Chile’s Atacama Desert. The location is replete with chunks of twisted green and black-hued glassy stones. The researchers who have come up with the new theory analyzed the space dust in these pieces of glass.

While falling space rocks create craters when they hit the Earth, the same cannot be said about comets that hit the planet. This is owing to the fact that comets are made up of rock and ice. When they reach the earth’s atmosphere they burn and tend to explode before reaching the ground. The same thing happens with small asteroids. When a comet explodes in the air, the event is called an airburst.

The effects of such airbursts are felt prominently in wet environments. In 1908, one such airburst triggered by an asteroid or comet in Russia resulted in the flattening of trees and people could feel the shockwave hundreds of miles away. The incident is known as the Tunguska blast.

The Atacama, however, is said to be the driest desert on the planet. It is replete with sand, which is the core material for making glass. Most of the naturally-crafted glass found in the wilderness is caused by volcanic eruptions in desert regions. The glass corridor of the Atacama Desert falls way outside of any area where there is a volcano and so the glass was formed by a different type of heat generation, say the researchers.

Some researchers, however, think not all the glass found in the stretch of desert was made by a comet burst. They think it was partly generated by a massive grass fire. However, this theory is not accepted by the researchers who believe in the comet explosion theory. The glass pieces were formed at a very high temperature, close to 1700° Celsius, and a grass fire cannot usually reach that temperature.

The team analyzed the glass samples in detail and that led them to believe they were created by a comet explosion. There are folds in the glass and the signs of impact are clear. Since there was no sign of a crater at the spot, it was most likely made by an airburst. An airburst may also make the glass twisted, which is the case here.

A Brown University geologist named Pete Schultz told Science News: “It was clear the glass had been thrown around and rolled. It was basically kneaded like bread”. Grass fires can melt sand, but they can’t twist the glass like an air explosion can. Schultz and his colleagues analyzed around 300 pieces of twisted glass found in the region.

The researchers are of the view that the airburst was so strong that the glass was scattered far across the desert. Archeological evidence suggests there was human habitation at the place and they most likely witnessed the event.

Schultz says: “It would have seemed like the entire horizon was on fire. If you weren’t religious before, you will be after.” It is hard to pinpoint the exact timing of the comet explosions that transformed a part of the Atacama Desert. However, the research hints the time was between 11,500 and 12,300 years back. Schultz thinks the comet explosion possibly disrupted vegetation and animal life there though that cannot be said with finality.