What Is the Best Way to Resolve Conflict? 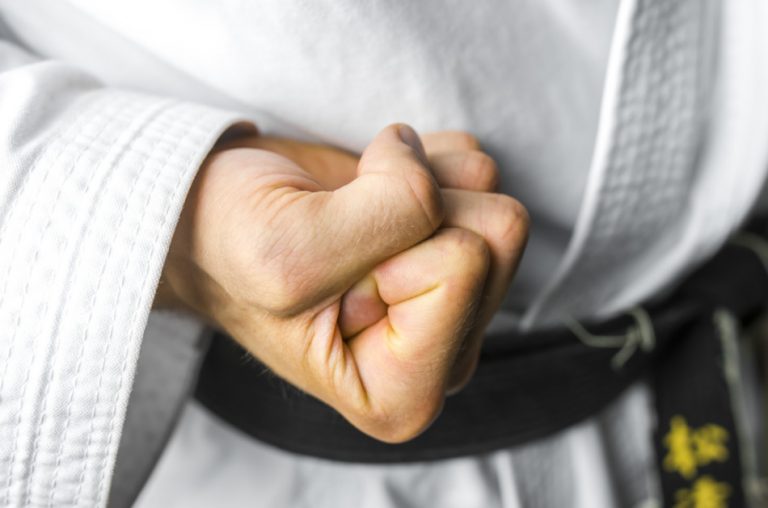 The way to resolve a conflict and turn an enemy into a friend does not depend on good martial arts skills. (Image: Gajus via Dreamstime)

A high school classmate of mine is a master of karate. However, he has never had the opportunity to use his martial arts skills except in official competitions. I recently asked him if he ever regretted not getting to use his karate. He shared a personal experience that helped me truly understand that the way to resolve a conflict, and turn an enemy into a friend, does not depend on good martial arts skills.

When we were younger, my classmate spent a year in Japan as an exchange student. While there, in addition to his regular studies, he learned Japanese and karate. One night as he was taking the subway home, a tall, ugly-faced drunkard boarded the subway, knocking down an old couple. Frightened by the incident, the other passengers hurriedly retreated. The drunkard shouted: “Yes! That’s right, everyone get out!” He then pushed the passengers around him, and everyone in the car scrambled to flee.

My classmate thought that the time had come to use his martial arts skills. He got up and walked toward the drunk man, prepared to use the karate he’d studied for many years in order to stop the drunkard’s misconduct. But was this the best way to resolve conflict? When the drunk man saw someone publicly provoking him, he shouted angrily: “Foreign devil, what do you want?” He then clenched his fists as he prepared for a fight.

What is the most effective way to resolve conflict?

It was at this tense moment that my roommate heard an old gentleman suddenly say, in a pleasant and friendly voice: “Hi! Hello, man!” The drunkard turned his head in astonishment. Realizing he didn’t know the man, the drunkard angrily said: “Old man, this has nothing to do with you. You’d better hurry up and get out of the way!”

The old gentleman did not get angry, and continued to respond with the same friendly attitude: “It looks like you had a lot to drink tonight. I smell sake.”

The drunk man roared: “So what?”

The old man laughed and said: “Sake is very good! I like to drink it and chat with my wife on a  bright, moonlit night. Did you drink sake with your wife tonight?”

When the drunkard heard this, his face suddenly became very sad. He said: “No, my wife passed away four months ago. It’s the hardest thing that has ever happened to me.” The drunk man then began to cry as he sat down to accept the old gentleman’s comforting words. He described the love between him and his wife, and the pain of his bereavement.

And just like that, the conflict disappeared. When done properly, little effort, in fact, is required to resolve conflicts.

It so happened that the old man had spent his entire life studying how people could live together in peace. He found that some of the best wisdom for dealing with people came from President Lincoln more than 100 years ago: “If someone has a bad impression of you, it will be difficult to convince him even if you have exhausted all the truths of Christ. Everyone should recognize: It is the most difficult thing to change people’s thoughts. You can’t force others to agree with you, but you can lead them — as long as you are gentle and friendly. Remember: a drop of honey attracts more bees than a gallon of bile.”

My classmate came to understand that the advantages of karate lie not just in the physical skills it teaches, but in also learning self-discipline. When you exercise self-restraint and approach others with kindness and compassion, it may help resolve conflict in the worst situations.