Fear to Anger Chinese Communist Party Will Lead to Disaster 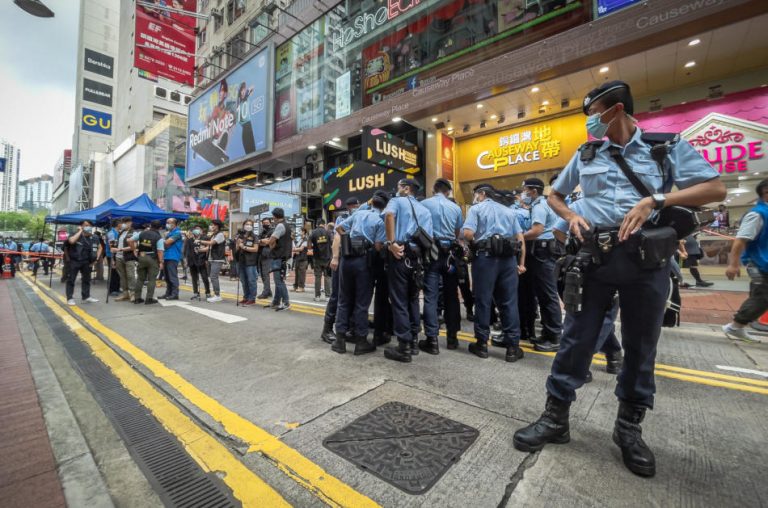 On Human Rights Day a Hong Kong activist gave an address at the Summit for Democracy expressing his view that the city is fast crumbling into an authoritarian police state. (Image: Studio Incendo via Flickr)

On Human Rights Day, Nathan Law Kwun-chung, a Hong Kong activist, was invited to address the Summit for Democracy, a virtual summit hosted by the United States where he called out the Chinese Communist Party (CCP). The main premise of his address was an appeal to the world not to fear annoying, pestering, disturbing, angering, and calling out the Chinese Communist Party. The wide world has a responsibility to do so; silence will lead to disaster. He expressed the view that under the rule of the Chinese Communist Party, Hong Kong was fast crumbling from one of the most unrestricted cities in the world into an authoritarian police state, stating that the Democratic regression was bitter anguish for him.

He urged a decent global society to fight against the CCP’s autocratic regime. He noted that people might be afraid of irritating the CCP or losing China’s market and that some might not yet be aware that democratic values are threatened. According to him, this reasoning has led to failure in resisting the CCP and the West needs to make urgent changes in this regard.

On Human Rights Day, Mr. Law presented himself at the U.S. Summit for Democracy in a black Hong Kong protest T-shirt with images of a helmet and gas mask, along with slogans that read: “Liberate Hong Kong, the revolution of our times” and “Five demands, not one less.”

In his three-minute speech, Mr. Law shared his personal experiences with the world that Hong Kong has rapidly sunk from the most accessible city into an authoritarian police state. He pointed out that he had been the youngest elected Legislative Councillor, but now, he has become a wanted exile. He cut off communications with his family to protect their safety. He also saw Joshua Wong Chi-fung and other fellow democratic campaigners taken into custody and said they now likely face charges carrying a sentence of life imprisonment.

Law indicated that the CCP has extended its totalitarian claws from long-term suppression of Tibetans, imprisoning Xinjiang Uyghurs, and repressing democratic Hong Kong people to threatening Taiwan’s people with the force of invasion. Moreover, the CCP’s scope has expanded on all international levels — from financial institutions to the entertainment industry. He also urged global society to resist CCP authoritarianism immediately.

In his closing remarks, Law said in Cantonese: “We persist, not because we see hope, but we persist so that we will see hope. So come on, Hong Kong people, keep going!”

After his address, Law live-streamed his speech on Facebook and interacted with the audience. He thanked the organizer and said that through the event, he believed the voices of the Hong Kong people had reached the ears of many countries’ leaders or their staff.