Your Brain Sometimes Sleeps ‘With One Eye Open’ 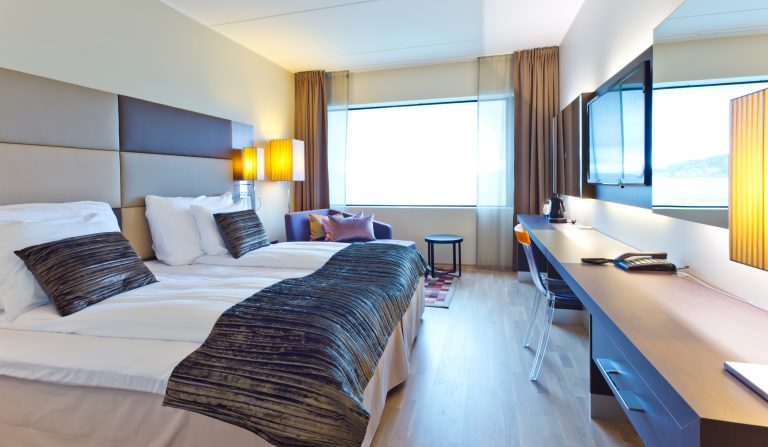 First-night effect (FNE) happens when a person stays in a new place that’s unfamiliar to them, like a motel room. (Image: Bjorn Hovdal via Dreamstime)

Your brain has many functions that you are not conscious of. Have you ever wondered why you can’t sleep in a new place and you prefer to sleep in your own bed? Science now has the answer. As it turns out, when someone says they’re going to sleep “with one eye open,” that’s exactly what their brain does.

A phenomenon that scientists call the “first-night effect” (FNE) has now been studied. It happens when a person stays in a new place that’s unfamiliar to them, like a motel room. The brain goes into survival mode, with it only turning half off, resulting in one hemisphere remaining more “awake” than the other in a state of readiness for trouble.

Scientists from Brown University who made the discovery have also suggested that it may help us to jump awake when strange sounds approach. Even though FNE has been known for some time now, it has never been fully understood why it happens — until now.

Your brain can mimic some marine animals that show unihemispheric sleep

Sleep scientist Masako Tamaki and her colleagues used advanced neuroimaging techniques to carefully analyze 35 volunteers and their brains while they slept. Yuka Sasaki of Brown University and lead author said in a statement:

“We know that some marine animals and birds show unihemispheric sleep, one awake and the other asleep. While the human brain doesn’t show the same degree of asymmetry that the brains of marine animals do, the new findings suggest that our brains may have a miniature system of what whales and dolphins have.”

But in subsequent sleep sessions, it was found that both halves of the brain turned off completely. Sasaki suggests that you may be able to reduce this effect by bringing your own pillow or even staying in hotels that have similar accommodations. She also says that it may even be possible to learn to turn this night’s surveillance off.

The researchers are now using transcranial magnetic stimulation to temporarily knock out the “awake” part of the brain to see whether sleep improves. For those who are interested, their findings were published in the journal Current Biology.