12 New Year Superstitions From Around the World 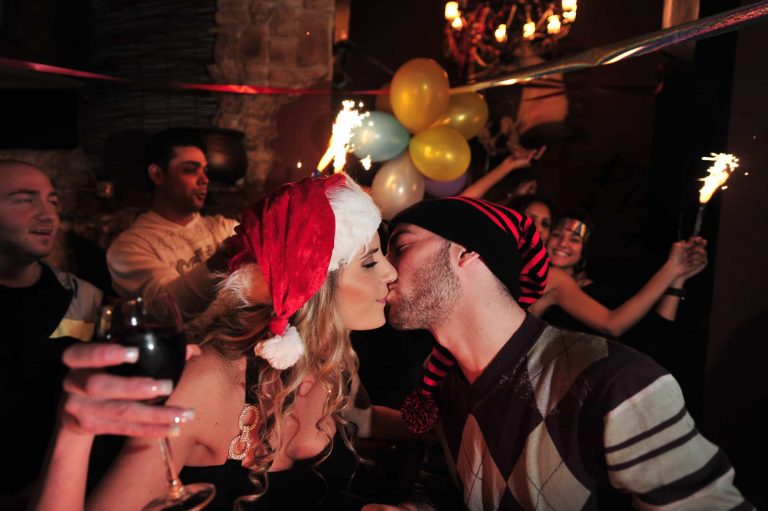 Western cultures around the world believe in kissing your love at the stroke of midnight on New Year’s Eve. (Image: Rafael Ben Ari via Dreasmtime)

Many people around the world believe that doing specific activities before the New Year is likely to make the upcoming year fulfilling and bring them good luck. Some of these New Year superstitions may seem hilarious. However, the reality is that millions of people still follow the customs of such New Year superstitions, brushing aside things like logic and reasoning.

Many Western cultures around the world have New Year superstitions, such as kissing your love at the stroke of midnight on New Year’s Eve. A midnight smooch makes a romantic relationship stronger and paves way for its success. Then, the next 12 months will be blissful for the couple.

This one may sound downright hilarious, but Colombians actually believe in this superstition. They think carrying an empty suitcase when the New Year sets in is lucky. This they believe paves way for new adventures in life.

There is a legend in the Philippines that is related to door opening just before New Year’s. They think that opening the door just at midnight helps them bid adieu to the previous year and the gesture also welcomes the New Year.

In countries such as Germany and Sweden, it is believed that eating herring on December 31 is lucky. The fish can be fresh or pickled, but you have to eat it by midnight.

Ice cream is loved by most people, but in Switzerland, it is not eaten on New Year’s eve. The belief is that by throwing ice cream onto the floor, they can make the New Year happy and prosperous. It may seem like wasting this delicacy, but they have a different perspective.

This is another of the food-related New Year superstitions that originated in Spain. According to this belief, eating 12 grapes as the New Year sets in is lucky. Each of the grapes symbolizes a month.

In Denmark, the residents follow a New Year superstition that involves breaking up cutlery. They break plates and glasses on the doorsteps of their family members and close ones. The idea is that if the doorstep is a disaster as the New Year is setting in, they are doing things the right way.

It is hard to find people who do not love gorging on Maine lobster! However, in some countries, lobster is not included in the dinner before the New Year sets in. The belief is that since a lobster moves backward, eating it may result in a year full of setbacks.

This New Year superstition may have a pinch of practicality to it! In Johannesburg, South Africa, the residents throw away unwanted household items like old TVs, kitchen appliances, and furniture outside to welcome the New Year.

For Irish people, their New Year superstition involves banging loaves of bread on the walls. The belief is doing so will drive away evil spirits.