Good and Evil Are Rewarded Accordingly 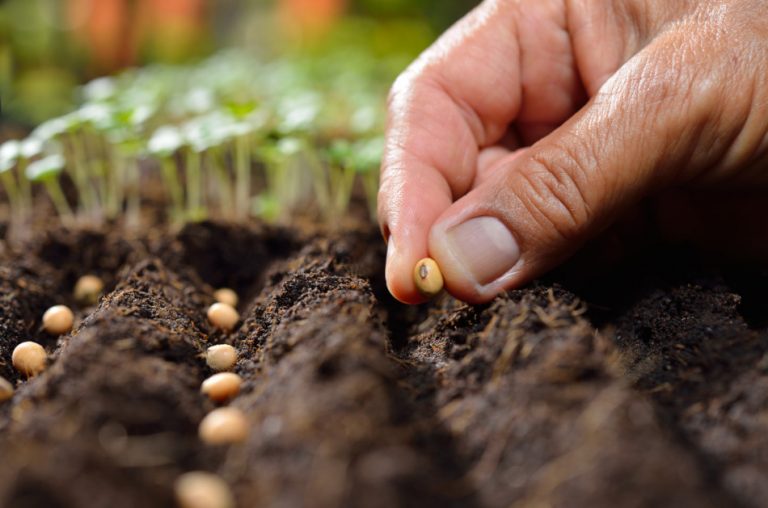 The family was poor, so Zhu helped farm the land. (Image: Amenic181 via Dreamstime)

The ancients said that good deeds would be met with good returns while evil deeds would be punished. Up until today, there are still people who believe that “you reap what you sow.” The existence of God and Buddhas is real and retribution for doing evil deeds as well as compensation and justice for doing good deeds is very real. Good and evil are rewarded accordingly, as the following two stories illustrate.

Good and evil are seen by Heaven!

In the Song Dynasty, a county magistrate always kept a low profile during his tenure and people could never really be sure what he was up to. After retirement, he ignored anything unrelated to himself and lived in complete seclusion. So he spent his remaining days enjoying the wealth he had amassed during his short career. However, he felt sad when he thought about his lack of children. Shortly afterward, his wife gave birth to a son. The couple rejoiced and cherished the child very much.

But later, the son became sick and was close to dying, making the retired magistrate very anxious. He heard that a Taoist in Laoshan was good at fortune telling, so he immediately paid a visit to the Taoist.

After listening to the old magistrate’s statement and request, the Taoist said with a faint smile: “Your son still has a lot of things to do. How can he die at such a young age? Don’t worry. He cannot die, ha-ha!”

The older man didn’t understand what the Taoist meant — was it good or bad? Primarily, that ominous laughter of the Taoist made him feel uneasy. After going home, the older man invited a famous doctor to treat his son. Unexpectedly, his son was healed quickly.

The villagers felt puzzled: “Didn’t the old man behave well in his life? Why does he have such a prodigal son?”

Later, somebody explained the matter: “Initially, he was nothing but a poor scholar. But when he served as a county magistrate, he made sure that nobody could ever really know what he was doing. Then suddenly, he became a wealthy person in less than 10 years. Isn’t it obvious how he abused his position as an official to make money? So he, not surprisingly, deserved such retribution.”

After thinking it over, people came to realize: “Even though people may not see clearly what is going on, God is always watching. No matter how a person may cheat or lie to benefit himself, man’s schemes are inferior to the will of Heaven!”

Kind deeds will be rewarded eventually

Also during the Song Dynasty, there was a scholar called Xiao Aitang. Since he was forced by necessity to spend all his time trying to make a living, he could not spare the time to study and take the imperial exam to try for an official post. So he founded a home school in the neighboring city to help teach children to read. He also had some medical skills and often treated illnesses for others. Sometimes, he would not charge the patients if they were poor, paying for their medicine himself. So people nearby praised him as a “good teacher” and a “good doctor.”

One year, due to famine, the school was closed. After wrapping things up, Xiao carried all the income he had made as a teacher, only seven taels of silver, and started for home. Then, he saw a woman crying bitterly with a baby in her arms on the road. After asking her what was wrong, he found out that they had been starving for three days and were in desperate need of help. So he gave her the seven taels of silver.

After reaching home, Xiao took stock and found that he only had three liters of soybeans left to sustain his life. But when he was preparing to cook, an older man surnamed Zhang, who lived next door, upon hearing his return, came to ask if he could borrow some grain, saying that he had been out of food for three days. Xiao immediately gave Zhang half of the three liters of soybeans. Xiao comforted his family, telling them: “If we are not destined to die, we will get Heaven’s help. Showing kindness and doing good deeds always lead to good results.”

Sure enough, the next day, a wealthy man with a severe illness came to ask for treatment. After Xiao healed him, he sent money to help Xiao’s family get through the difficulty.

The following year, Xiao’s son was born. He was named Xiao Guan and his father taught him to be a good student. With cleverness and diligence, Xiao Guan got first place in the township exam when he was just 16 and passed the highest imperial exam at the young age of 22. The villagers came to congratulate them and said: “By doing good deeds in his life, Xiao Aitang, as expected, is rewarded with good results.”

Xiao Aitang helped people selflessly by donating all his income as a teacher to others, by giving half of his family’s food away during a famine, and by helping patients to get good medicine for free when they could not afford to buy it for themselves. Therefore, his kind deeds were eventually rewarded.