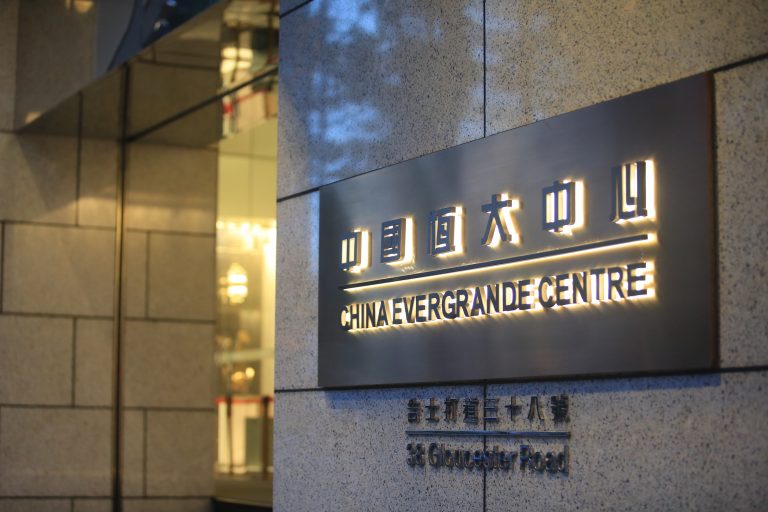 Shares of Evergrande shed 89 percent of their value last year, closing at US$0.20 on Friday, December 31. (Image: Tse Pui Lung via Dreamstime)

China Evergrande Group is experiencing a slow-motion meltdown that could have serious negative consequences for the Chinese economy.

Despite the many warning signs, Western analysts are optimistic that Xi Jinping is up to the task of managing the crisis. However, such optimism may be misplaced given the scale of the mounting problem and the Communist Party’s stance regarding private capital investments.

China Evergrande Group shares were suspended from trading on Monday, January 3. The company gave no details on the trading suspension other than saying it would make an announcement containing “inside information.” Shares of China Evergrande Group shed 89 percent of their value last year, closing at US$0.20 on Friday, December 31.

China Evergrande Group, the world’s most indebted developer, is struggling to repay more than US$300 billion in liabilities, including nearly US$20 billion of international market bonds that were deemed to be in cross-default by rating firms last month after it missed payments.

They recorded a 99 percent decline in sales year on year, the steepest decline among China’s foremost developers.

They will now pay each land investor just 8,000 yuan (US$1,255) per month toward their principal between December and February 2022. Under the previous plan, investors could expect a significantly higher amount, depending on their invested principal.

The change reflects difficulties faced by China Evergrande Group’s wealth unit’s ability to honor terms as it is unable to raise sufficient capital from its investment projects.

Hainan developments need to be demolished

Local media in Hong Kong reported that the China Evergrande Group had been ordered to tear down several apartment blocks in Hainan Province.

The Hainan news underscored investor concern that policymakers are unlikely to dramatically ease their crackdown on indebted property companies like China Evergrande Group even as they take steps to ensure more vital developers retain access to funding.

Cracks in China’s US$52 trillion housing market (2019), about twice the size of the U.S. market, are widening. The last year has undoubtedly been challenging for Chinese developers, and the pain will only worsen in the months to come for not only developers but also for investors and homebuyers alike.

Stock investors lost more than US$90 billion of market value from their holding in Chinese property stocks in Shenzhen, Shanghai, and Hong Kong markets last year.

Contracted sales are the primary cash stream for home builders in China, and presale accounts for nearly 90 percent of new home sales and more than half of developers’ funding.

Given the significant role of contracted sales in new home developments, its slump by more than a third last year reflects the stance of potential investors, a trend that is likely to persist into 2022.

Developers have mounting bills to pay within this environment and shrinking options to raise necessary funds. The industry will need to raise at least US$197 billion to cover maturing bonds, coupons, trust products, and deferred wages to millions of migrant workers in the months to come.

Due to lengthy delays in mortgage approvals, the weaker housing market across the country has compounded the crisis. Worst still, almost half of China’s 30 biggest developers breached at least one of Beijing’s “three red lines” policies, setting debt thresholds for the real estate sector.

Of the 30 developers, China Evergrande Group and Guangzhou R&F violated two or more red lines, which have raised concerns about contagion to China’s broader economy.

The slide has not been helped by concerns about Beijing’s plan to roll out a property tax across many mainland cities, giving owners sleepless nights, having already experimented with it in Shanghai and Chongqing over the past decade with little success in taming wild prices.

Why real estate is key

Originally intended to accommodate rapid urbanization for the industrial economy, the urban property market is now overbuilt. Some 90 percent of urban households own their properties, and enough vacant units accommodate approximately 10 years of urban immigrants. As a result, sales and prices tumbled in 2021, and overleveraged builders and creditors suffered the consequences.

Incredibly, up to 80 percent of household wealth in China is in real estate holdings, a hedge against the weakness of the social safety net. In other words, an economic meltdown is a potential threat to the implicit social compact in China between authoritarian rulers and a quiescent population.

A vast ecosystem of suppliers and service providers has also flourished around giant property developers, and real estate has played a crucial role in creating jobs and generating cash for local governments. Land sales in China account for a third of local governments’ tax revenues, which stood at 27.3 trillion yuan (US$4.3 trillion) in 2020, according to Japanese investment bank Nomura.

More to the point, real estate represents 29 percent of the Chinese GDP, twice the levels that led to the financial crisis of 2008-09 in the U.S., Spain, and England.

Moreover, the GDP share is divided into not only a direct contribution from properties but also from an indirect subsidy from construction and through numerous industrial sectors along the supply chain.

The knock-on effect on steel and other industrial sectors

Steel’s acute sensitivity to the ebbs and flows in construction and manufacturing makes it a closely-tracked bellwether for China’s economy. Steel firms are also massive employers of millions that support an enormous supply chain.

Debt problems at several major Chinese property developers have spilled over into this vital artery of China’s industrial engine and started to ripple through to other critical parts of the world’s second-largest economy.

Already, steel prices are sharply down from their record highs seen earlier in 2021 due to easing demand from construction activities, which account for over half of the metal’s consumption, while steelmakers’ share prices have also been hurt.

Steel producers were among the best performers of the entire Chinese economy over the first three quarters of 2021, with China’s 28 major listed mills pocketing over 106 billion yuan (US$16.61 billion) in net profits, up 174 percent year-on-year and 129 percent higher than in pre-pandemic 2019.

A swing in the fortunes of China’s real estate sector would have significant repercussions for China’s economy, not only for steel but also for cement, glass, plastics, household appliances, and logistics which are all vulnerable to demand drops.

China’s economy is feeling the aftershocks of Chinese President Xi Jinping’s most significant economic project of the past year, a controlled implosion of China’s outsize property market with the loudest kaboom coming from China Evergrande Group.

The long-term aim of Xi’s demolition effort is to pivot the economy away from an overreliance on housing and infrastructure investment toward a greater emphasis on domestic consumption.

China watchers believe that the Party will use fiscal and monetary policy to cushion the blow from the real-estate overhaul, including new tax breaks, fee cuts for businesses, and additional infrastructure investments. The problem with this assumption is what appears to be a growing hostility to private capital investment on the part of the Communist Party.

During November’s Central Economic Work Conference, Xi laid out his broad road map for next year. “Ensuring stability is the top priority for the economy next year,” said leaders in a statement after a closed-door three-day economic conference. However, the work-conference report also cautions against a “barbaric expansion of capital” to achieve its stated goals.

This is a reminder of Xi’s other major project, the suppression of China’s private sector economy from ride-hailing to online tutoring to policies aimed at curbing debt and excessive risk-taking at tech companies.

As Xi struggles to find a viable alternative focus for China’s economic resources and energies, he faces the dilemma of containing near-term financial risks while trying to support growth.