The Wisdom From Shakespeare Is More Relevant Than Ever 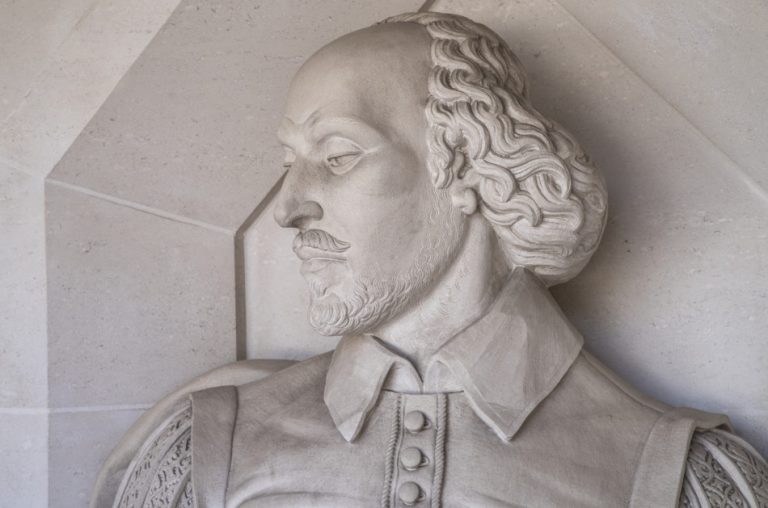 There’s profound wisdom to be found in Shakespeare's works, and it is just as applicable today as it was years ago. (Image: Chris Dorney via Dreamstime)

While I’m far from qualified to teach a course on the subject, there’s profound wisdom from Shakespeare to be found in his works. And I believe they’re as applicable today as they were years ago.

“All the world’s a stage,
And all the men and women merely players;
They have their exits and their entrances,
And one man in his time plays many parts.”

When I was younger, I used to think that Shakespeare was for stodgy old men in Ivy League halls, smoking pipes and pontificating on life. The language seemed difficult to comprehend, and the stories seemed written for certain people of a certain time period.

It would take my high school English teacher, Mrs. Judith Jack, to help me develop an appreciation for Shakespeare — one that has lasted to this day.

A teacher’s perspective on the wisdom of Shakespeare

Mrs. Jack was one of the best, as well as one of the most well-loved, teachers at my small high school in Elkins, West Virginia. She had a way of breaking down and explaining things so that you could not only understand them better, but also so that you wanted to learn more. I contacted her son T.L., who was also my high school classmate, and asked if his mother might share her thoughts on teaching Shakespeare. She kindly agreed.

I asked Mrs. Jack how she developed such an effective way of teaching Shakespeare — not an easy feat.

Indeed, Mrs. Jack didn’t just read Shakespeare; she recited it with such passion that it was like watching a one-woman play. I looked forward to each class, anticipating what intriguing events would unfold next.

“If you’re having trouble with the language and someone explains it to you, it makes it relatable,” she said.

“As they say, if we don’t learn from the past, we’re doomed to repeat it,” she said.

Memorizing and reciting Shakespeare’s soliloquies was a required part of the class, and while not easy, the hard work paid off.

“It was my hope that by having students memorize these speeches, they would work hard and really gain something they could retain. When they did, even my poorest students felt good about themselves for putting in the hard work to memorize these,” Mrs. Jack said.

I still remember many of the lines from all those years ago. And it seems I’m not the only one.

“It’s funny, because when I run into former students, who are now in their 40s and 50s, they will quote me lines from Shakespeare that they had to learn in my class,” Mrs. Jack said. “People relate to it, and carry good memories from the class.”

It seems Shakespeare’s profound words of wisdom left a deep impression on many of us.

Do the right thing

Shakespeare provides many lessons on the importance of doing the right thing. His flawed characters, who are consumed by vices such as ambition and revenge, often exhibit behaviors that are in stark contrast to what is just, kind, and good. They act as an affront to your sense of what’s morally right, reminding you that the selfish, dark things that lurk within can easily spiral out of control and lead you down a path of ruin.

In an article in Deseret News titled What Shakespeare is still teaching us about good and evil 400 years after his death, professor Regina Schwartz of Northwestern University said: “If you watch his plays, you walk out of the theater with a deepened sense of what’s right and wrong. Partially it’s because his characters are so compelling — they’re like us, they’re greater than us and they’re less than us. They’re invitations to us and they’re cautions to us.”

According to Schwartz, Shakespeare’s inspiration came from the Bible, pointing out that Hamlet’s story of revenge draws on the story of Cain and Abel, while Lady Macbeth embodies the role of Eve.

The same article quotes English professor Kristen Poole: “His work is about compassion — love God, love your neighbor. Well … what does that look like? And what does compassion look like for people you don’t like?”

Interestingly, prison inmates have also benefited from studying Shakespeare. In an interview with NPR, professor Linda Bates, author of Shakespeare Saved My Life: Ten Years in Solitary with the Bard, found that teaching Shakespeare to prisoners helped them examine their own behavior.

One prisoner, in particular, Larry Newton, said Shakespeare literally and figuratively saved his life. Bates arrived at a time when Newton was struggling with severe depression, and he said Shakespeare gave him something positive to focus on when he was considering taking his own life. He said Shakespeare also gave him a new way of looking at life.

Bates and Newton went on to create workbooks together, focusing on 13 of Shakespeare’s plays. According to Bates, Newton included “a day-by-day, what he calls considerations, a point to consider in the play that involves examining the motives of the character and always bringing it right back to your own motives and your own choices.”

Shakespeare used his tragedies to demonstrate the importance of our thoughts. They highlight the progress of the characters’ thinking and how it ultimately leads to their undoing.

Those works focus less on what the characters do and more on what they think. By following the character’s journey through their complicated thought process, you not only come to understand them better, but you’re also provided a window into your own thinking.

Shakespeare’s works show us that we aren’t just what others see or even necessarily who we think or say we are. Through his characters, you come to understand that you must first know yourself in order to change yourself for the better.

To quote Hamlet: “We know what we are but know not what we may be.”

What you choose is up to you

Mrs. Jack said: “We have the capacity to create our own futures. We can decide what we want our futures to be. When students understand this, it can motivate them to achieve their dreams.”

You’re given opportunities every day to choose your path — to follow your innate moral compass or a path of wrongdoing.

To quote Hamlet again: “There are more things in heaven and earth, Horatio, than are dreamt of in your philosophy.”

Shakespeare noted that man is limited in his knowledge and understanding of life and the universe.

If you choose to believe that it doesn’t matter what you do while you’re here or that you can just follow errant thinking and go down a bad path, you’ll have wasted precious opportunities. As Cassius says in Julius Caesar: “Men at times are masters of their fate. The fault, dear Brutus, is not in our stars, but in our selves that we are underlings.”

The lessons contained within Shakespeare’s works ask you to examine your own heart and mind and to dig deep for what might be hidden, even from yourself.

When your best friend gets a promotion at work, do you feel a twinge of jealousy, as Macbeth first felt? When you’re faced with the choice of getting ahead or doing the right thing, what do you choose? And when someone wrongs you, do we seek revenge, as Hamlet did, or do you forgive and maintain your kindness?

What you think and what you do also directly impacts your health.

As you strive for more — more money, more things, more technology, more fame — you increase your stress and anxiety, leading to a variety of ailments, from high blood pressure to heart disease to loneliness and depression.

“Shakespeare wrote some amazing comedies to make us laugh,” Mrs. Jack said. “But he also wanted to remind us that life’s not all a bed of roses, and it can be really tough. There are bad people in the world, and they can really mess us up if we go along with them.”

Shakespeare highlighted the internal struggles inherent to the human condition, as well as the importance of being vigilant and examining your thoughts, motives, and actions.

His stories act as cautionary tales of what can happen when you don’t recognize and control harmful emotions such as anger, jealousy, and greed. They remind you to use the time you have to know yourself better, get rid of selfishness, and strengthen the good within.