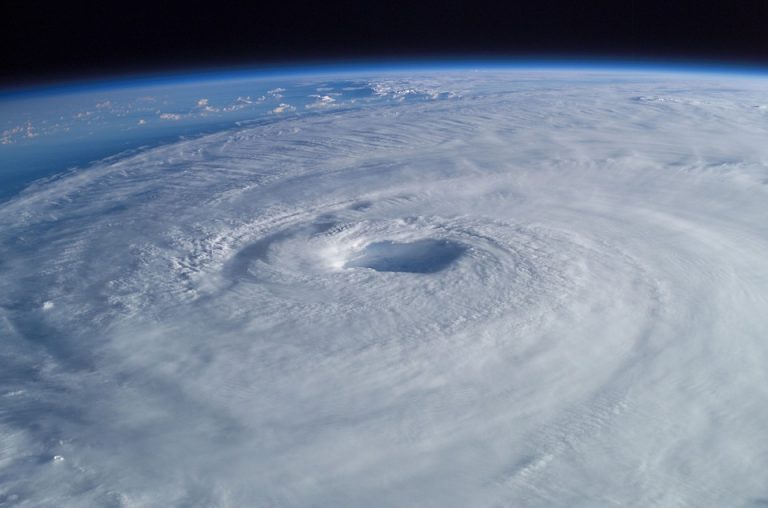 A new study suggests the 21st century will see an expansion of hurricanes and typhoons into mid-latitude regions, which includes major cities such as New York, Boston, Beijing, and Tokyo. (Image: Pixabay)

A new, Yale-led study suggests the 21st century will see an expansion of tropical storms — hurricanes, cyclones, and typhoons — into mid-latitude regions, which includes major cities such as New York, Boston, Beijing, and Tokyo. Writing in the journal Nature Geoscience, the study’s authors said tropical storms could migrate northward and southward in their respective hemispheres, as the planet warms as a result of anthropogenic greenhouse gas emissions.

2020’s subtropical storm Alpha, the first tropical cyclone observed making landfall in Portugal, and this year’s Hurricane Henri, which made landfall in Connecticut, may be harbingers of such tropical storms. First author Joshua Studholme, a physicist in Yale’s Department of Earth and Planetary Sciences in the Faculty of Arts and Sciences, and a contributing author on the United Nations’ Intergovernmental Panel on Climate Change sixth assessment report published earlier this year, said:

“This represents an important, under-estimated risk of climate change. This research predicts that the 21st century’s tropical cyclones will likely occur over a wider range of latitudes than has been the case on Earth for the last 3 million years.”

Co-authors of the study are Alexey Fedorov, a professor of oceanic and atmospheric sciences at Yale, Sergey Gulev of the Shirshov Institute of Oceanology, Kerry Emanuel of the Massachusetts Institute of Technology, and Kevin Hodges of the University of Reading.

While an increase in tropical storms is commonly cited as a harbinger of climate change, much remains unclear about how sensitive they are to the planet’s average temperature. In the 1980s, study co-author Emanuel used concepts from classical thermodynamics to predict that global warming would result in more intense storms — a prediction that has been validated in the observational record.

Yet other aspects of the relationship between tropical storms and climate still lack physically based theory. For example, there is no agreement among scientists about whether the total number of tropical storms will increase or decrease as the climate warms, or why the planet experiences roughly 90 such events each year. Fedorov said:

Typically, tropical storms form at low latitudes that have access to warm waters from tropical oceans and away from the shearing impact of the jet streams — the west-to-east bands of wind that circle the planet. Earth’s rotation causes clusters of thunderstorms to aggregate and spin up to form the vortices that become tropical storms. Other mechanisms of formation also exist.

As the climate warms, temperature differences between the Equator and the poles will decrease, the researchers say. In summer months, this may cause weakening or even a split in the jet stream, opening a window in the mid-latitudes for tropical storms to form and intensify.

For the study, Studholme, Fedorov, and their colleagues analyzed numerical simulations of warm climates from Earth’s distant past, recent satellite observations, and a variety of weather and climate projections, as well as the fundamental physics governing atmospheric convection and planetary-scale winds. For example, they noted that simulations of warmer climates during the Eocene (56 to 34 million years ago) and Pliocene (5.3 to 2.6 million years ago) epochs saw tropical cyclones form and intensify at higher latitudes. Studholme, who is a postdoctoral fellow at Yale, said:

“The core problem when making future hurricane predictions is that models used for climate projections do not have sufficient resolution to simulate realistic tropical cyclones.

“Instead, several different, indirect approaches are typically used. However, those methods seem to distort the underlying physics of how tropical cyclones form and develop. A number of these methods also provide predictions that contradict each other.”

The new study derives its conclusions by examining connections between tropical storm physics on scales too small to be represented in current climate models and the better-simulated dynamics of Earth’s jet streams and north-south air circulation, known as the Hadley cells.

Provided by: Jim Shelton, Yale University [Note: Materials may be edited for content and length.]