George Orwell’s ‘1984’ Made Into a Graphic Novel 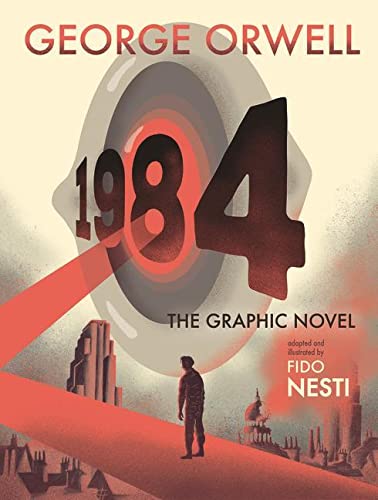 One of the most influential books of the twentieth century gets the graphic treatment in this first-ever adaptation of George Orwell’s ‘1984.’ (Image: via Barnes and Nobel)

Some literary works survive the test of time so well that they are enjoyed even centuries after creation much in the way they were appreciated at the time of their publication. One of these iconic literary works is 1984, the classic novel written by George Orwell.

The novel has been published in a graphic novel format and the new version has also drawn favorable reviews from the critics. The radical novelist and essayist whose original name was Eric Arthur Blair became famous as George Orwell, his pen name. Through his writing, the experiences collected from colonial-era India and his motherland were reflected well.

His stint with Burma’s Imperial Police is a factor behind the ideas. He named himself George after England’s patron saint and Orwell after the river he fished in. Incidentally, 1984 is his last work completed in his lifetime and it is also considered his most celebrated work. While Orwell completed 1984 it was first published in 1949, a year after his demise.

In the graphic novel version of 1984, several real-life experiences of Orwell have been depicted with slight alterations. Social science fiction with a predominantly dystopian aura has been hailed by readers and critics alike. However, it is the first time the fiction has been given a graphic novel makeover.

The novel depicts a fictional version of England in the year 1984 and the region is called Oceania. The time is so harrowing that people’s minds can be read by the thought police and the ruling party controls everything with an iron hand. Winston Smith faces danger as his mind is still in working order.

Dealing with a forbidden love affair, he gets mired in a secret revolutionary organization named the Brotherhood, which aims to end the totalitarian regime. The regime is the fictional version of the Soviet Union and more recently mainland China given the novel’s numerous references regarding government surveillance. The novel is known for its tone of gloom and oppression, and also for radicalism.

The graphic novel version of 1984 joins the long list of other media adaptations including a famous advertisement for Apple:

Fido Nesti, the Brazilian illustrator, has done a nice job of depicting the dystopian nightmare of Orwell and so the character Winston Smith bears a striking similarity with Orwell himself. Most other characters in the novel appear shabby or unattractive with the sole exception of Julia, the secret love interest of Smith.

In the graphic novel, Nesti has mostly used varying shades of black and red. It suits the tense claustrophobia of the novel. The graphic novel version stays true to the original work and it can be enticing for young readers.

The graphic novel version of 1984 joins the long list of other media adaptations. There have been several radio and film adaptations of the novel, including a famous advertisement for Apple.