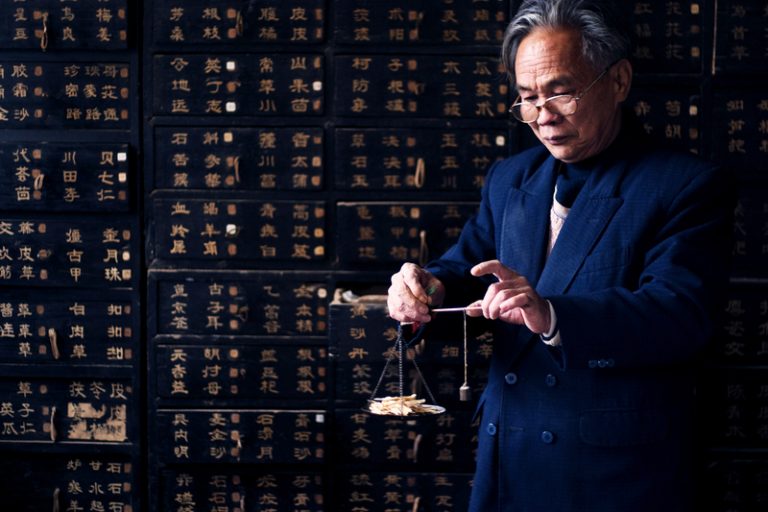 In Traditional Chinese medicine, there is a profound concept regarding the importance of nurturing one's righteous qi. (Image: Hsc via Dreamstime)

Among the earliest forms of health prevention passed on in traditional Chinese medicine (TCM) are what is referred to as the “Four Breaks and Four Seals.”

The righteous qi (Zheng Qi): The battle between righteous and evil

To understand where the ancients are coming from with their mentality of righteousness and virtue or morality regarding health, you need to understand the primal concept that governs the balance of all things in TCM.

According to Chinese medicine, disease occurs as a result of the fight between righteous factors, also known as Zheng Qi(righteous qi), and evil factors, known as Xie Qi. In other words, righteous qi is responsible for good health — mentally, physically, and spiritually.

While the righteous factors or righteous qi (Zheng Qi) heal and protect you, the negative factors (Xie Qi) are constantly trying to invade your body and conquer you. In other words, the evil qi (Xie Qi), if allowed to enter, eventually depletes the righteous qi, thus corroding your health — mentally, physically, and spiritually.

It is important to understand one more thing. Righteous qi is not equal to immunity. It is rather that righteous qi reduces the effect of evil qi entering the body.

Keeping this in mind, you will easily be able to decipher the following two principles.

Principle 1: Nurture the righteous inside, and beware of the evil outside

The earliest surviving ancient Chinese medical text, The Yellow Emperor’s Classic of Internal Medicine, notes that “nurture the righteous inside, and beware of evil outside.”

In other words, balance your spirit (Shen) and discipline your desires, taking your emotions lightly. This will nurture the righteous qi inside. But also beware of all the things that you interact with on the outside, via your five senses. Without the right amount of moral restraint, the outside can evoke the seven emotions and six desires. If the imbalance is too strong, then this will diminish your righteous qi and allow negative qi to affect your physical, mental, and spiritual health.

Principle 2: No misfortune is greater than moral inadequacy and no one to blame more than desire (oneself)

In other words, the greatest misfortune you can suffer is that based on the inadequate ability to have the discipline to align with the change of seasons and whatever conduct of mind, heart, and nutrition is required to nourish the righteous qi that feeds the five vital organs.

In most cases, we look to blame factors in the outside world for our mental, physical, and spiritual hardships. However, as Laozi says: “No blame is greater than desire.” In other words, you should look inside and blame your own desires for the misfortunes of your body, mind, and spirit.

Both principles laid forth by The Yellow Emperor’s Classic of Internal Medicine and Laozi have melded into traditional Chinese culture and been passed on for thousands of years. People have knowingly or unknowingly practiced these principles in the form of traditional regimes, passing them on from generation to generation.

For those curious about the workings and TCM mechanisms behind these principles, the following part of this text will give you some context and clarity.

Everything before this was meant to give you the necessary context to understand the following concept called “The Four Breaks and Four Seals.”

How retraining from temptation affects mental and physical health

Everyone knows that urge to want to see something, hear something, taste something, or feel and experience something specific that brings you joy, pleasure, and a sense of satisfaction.

Without some sort of restraint, a person can easily fall victim to insatiable desires regarding pleasure and the sense of satisfaction caused by our five physical senses. This can easily lead you to make harmful decisions — decisions that are satisfying in the short-term, but harmful in the long run.

In the records of Ancient and Modern Medical System-Volume Eighty-Six, there was a Tang Shenjun, a strong elder, who read the Thousand-Character Classic when he was young.

His biggest insight from all he read came from just four words: “Heart Moves, Mentally Tired.”

In other words, once your heart is moved (by desire), your mind gets tired (because your attachment to that desire consumes your mind).

As a result, the elder put his understanding into practice.

From then on, he was no longer tempted by big or small things in his life.

Thus, even at the age of 85, his body and mind were still in a very healthy and peaceful state.

In the Chinese Song Dynasty, there was a grand physician named Sun Junfang who distributed medicine to medical students without seeking any gratitude in return. When asked how he was able to be such a reputable physician, while still remaining unaffected by the temptation of seeking wealth and recognition, he revealed that he practiced the “Four Brakes and Four Seals.”

What are the Four Brakes?

The Four Brakes are a form of self-discipline, a way to restrain oneself from falling into a cycle of an unquenchable thirst. For Sun Junfang, the Four Breaks were his daily health regimen. A way of practice, being satisfied and content with what one has, and not entertaining the desire to pursue more than one really needs.

A light tea or drink, a light meal, once you are satisfied you break (stop eating) and continue with the rest of your day.

Torn clothing can be stiched (no need to always throw things with a slight fault away and replace them with something new), they fulfill a purpose like keeping you warm, making you look presentable in a professional way, but beyond that “break immediately.” Do not entertain any further thought. This prevents one from falling into vanity.

You have three jars, two are full, then “break immediately”. Use up what you have. Utilize it to the fullest before you get more. In other words, the fridge doesn’t always have to be full to the brim. It should have as much as you need, and you should refill only when you really need to. This prevents one from falling into the habit of being wasteful.

Live without greed, avoid jealousy, and you may live to a ripe old age — all because you have mastered the ability to “break immediately.”

Put differently, the “Four Brakes” can also be said to be principles of abstinence and moral self-restraint.

If you don’t pay too much attention to the taste, you’ll be satisfied with simple beverages and light meals.

If you don’t pay too much attention to fancy clothing, you become satisfied with clothes that fulfill their intended purpose.

A simple life doesn’t mean a poor life. A simple life means a more mindful life where you do things not because you are driven by unquenchable desire, but by the ambition to add purpose to your life and that of others.

The is a mind-state or a “heart” that cannot be bought, not be intellectually attained, but only validated through practice in your daily life.

What are the ‘Four Seals’?

In essence, the “Four Seals” comprise a set of principles and character traits like:

In a nutshell, the Four Seals help anyone who upholds them by integrating them into their daily life preserve “righteous qi” (Zheng Qi).

The Four Breaks and Four Seals are powerful concepts that are based on the TCM understanding that nurturing your righteous qi helps prevent pathogenic qi (Xie Qi) from harming your body.

In principle, it works almost like the physiological immune system in Western medicine. The white blood cells and other physiological factors help eliminate infiltrating elements from outside, like bacteria, viruses, parasites, and fungi.

Put simply, the Four Breaks and Four Seals can be seen as a type of health regime. It is meant to put those who follow it in a mindful state, in which mind, body, and spirit are in balance.

As a result, you nurture the righteous qi in the body and dispel the negative qi, thus maintaining health and preventing illness — even in old age.

Research translated by Chua BC