How Kindness to an Old Beggar Was Rewarded 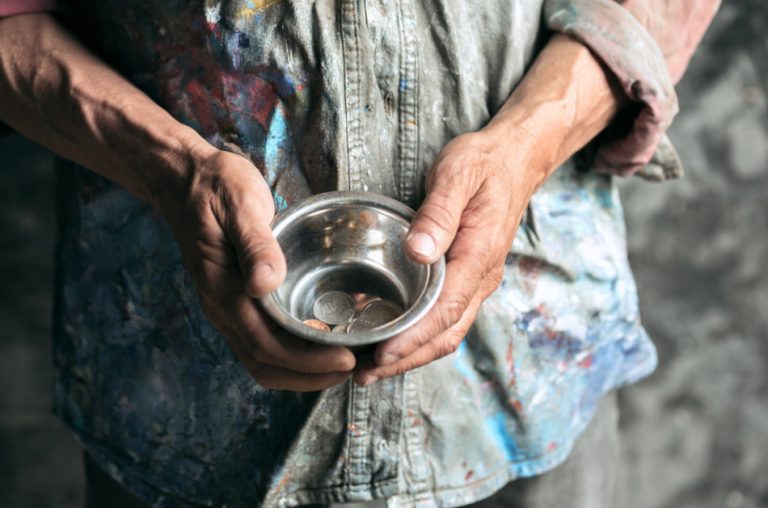 Victor learned to be kind to others as a child, and even though he was poor, he still had the heart to help people who were less fortunate. (Image: Volodymyr Melnyk via Dreamstime)

Victor grew up in a poor family in England, and his parents were both working for a living. Although the family lived in poverty, they had an abundance of integrity, kindness, and love.

When Victor was a child, he met a poor old man who was begging at the door. It was winter, and it was snowy and cold outside, and the old beggar looked hungry and cold. His mother gave the old beggar the only few pennies in her hand, and Victor looked at his mother in disbelief.

His mother said to him: “If we eat one less meal, we may save a person’s life.” Victor grew up in an environment where his parents taught him the essence of kindness by example.

After Victor was an adult, one day he went to a friend’s party where he met the kind and beautiful Alys and the two soon fell in love. Unfortunately for the couple, the girl’s father was a judge who did not want to see his daughter marry a poor boy with nothing. So he said: “When you can earn 10,000 pounds, only then can you propose to my daughter and marry her.”

Ten thousand pounds for a young man outside high society was really something unattainable. With great disappointment, he went to his good friend for a chat to relieve his mood.

His friend, Daniel, was a painter and was in the middle of painting a large oil portrait at home, the main character of which was a beggar. Daniel had invited an old beggar to be his model. Just seeing the beggar standing in the room wearing shabby clothes, bent over, one hand holding a stick for support, one hand holding a bowl out in front of him with deep wrinkles on his forehead, made Victor feel sympathy.

He recalled from his childhood the old man knocking on his door begging. When he learned that his friend had only given the old man 10pence an hour as payment, he could not help but blush at his friend’s stinginess. Just then, the concierge came up to tell Daniel that there was someone looking for him. Daniel let Victor wait for him to return and went downstairs.

Victor took in the old beggar’s poor look and his hand involuntarily went to his trouser pocket to search for and pull out a one-pound coin. While Daniel had not yet come back upstairs, Victor quickly stuffed the coin into the beggar’s hands. The old beggar looked up at him with eyes full of surprise at Daniel’s kindness, but he did not say anything other than to accept it.

At the next gathering, Victor saw Daniel again and asked if the portrait of the beggar was finished. Daniel told him that the old beggar was called Baron Alfred and was the head of a famous local family. The Baron was a scion of industry and his name was recognized by countless people. He was well known for donating a lot of money to charities and universities every year. The reason why the Baron asked him to make a portrait of himself as a beggar was out of his curiosity to see what it would be like if he was a beggar.

On hearing the truth of the situation, Victor was surprised beyond belief. He immediately felt ashamed for his recklessness and rashness and wanted a hole in the ground to open up underneath him. He thought: “A billionaire, and you gave him a one-pound coin?” He was so out of his depth that he felt very uneasy.

One day soon after, the postman delivered a letter to Victor that turned out to be from Baron Alfred. The letter read: “Young man, I am proud of your kindness and decent attitude, and I know from Daniel of your beautiful love story with Miss Alys. This letter may help you to realize this beautiful story.”

Attached to the envelope was a greeting card with a check for 10,000 pounds enclosed. The card read: “To Mr. Victor and Miss Alys, a wedding gift! An old beggar’s salute.” Kindness begets kindness.