Can the US Counter China’s Hypersonic Missile? 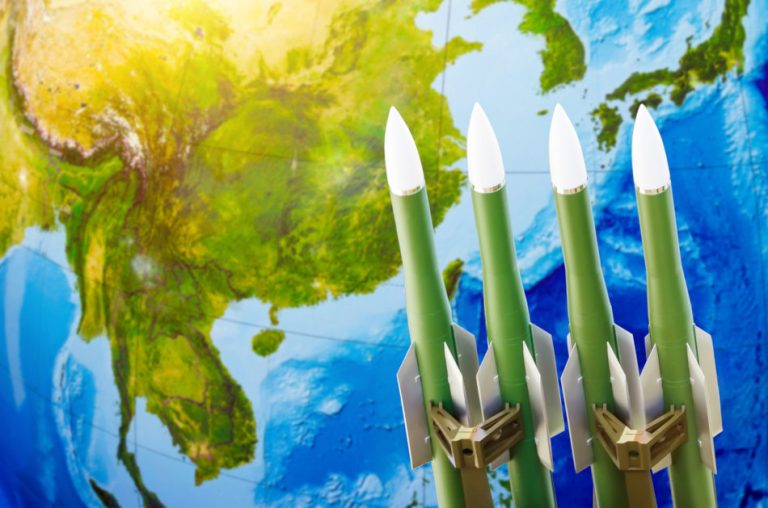 The growth of China’s military might has made governments in several countries worried and the U.S. cannot take it lightly, for sure. Reports of China developing a hypersonic missile and actually launching a hypersonic missile have been making the rounds and it is worrying U.S. military experts. It is likely that China’s President Xi Jinping is focusing on orbital strikes as a viable means to thwart U.S. tactics to shoot down ballistic missiles in the air. The reports suggest that China recently test-fired a hypersonic missile into orbit. The nuclear-capable missile missed its target but with time, the technology can be tweaked. This naturally makes the U.S. and its allies cautious.

Chinese government spokespersons however dismissed the report. Zhao Lijian, the Foreign Ministry spokesman, said it was a “routine test of a space vehicle to verify technology for spacecraft reusability.” He added: “China will work with other countries in the world for the peaceful use of space for the benefit of mankind.”

The Russians considered similar weaponry development before abandoning the idea. However, in 2018, Russia came up with new weapons that were touted by President Vladimir Putin to be powerful enough to thwart the U.S. missile defense mechanism.

This shows how the Pentagon’s efforts to bolster its anti-missile systems have led to a new and unprecedented nuclear arms race. North Korea is also enhancing its weaponry and now China is on the same bandwagon. Kim Jong-un has been focusing on developing a wide range of missiles. These solid-fuel ballistic missiles are designed to evade the U.S.-operated anti-missile systems. They may be too fast for Patriot surface-to-air missiles used by the U.S. The security experts think China is trying hard to develop weaponry to override the U.S. missile defense system. They may use lower-range missiles that are fired at lower heights to evade the U.S. defense systems.

While these developments have made U.S. military experts worried, they are not exactly sitting idle. A U.S. Navy destroyer succeeded in destroying an intercontinental ballistic missile simulation last year. There are 44 missile interceptors in places like California and Alaska and there are a number of U.S. naval ships fitted with such missile defense systems. The U.S. government has increased its expenditure on weapons development programs. The Biden administration has approved plans to revamp the existing defense systems, cost overruns notwithstanding. The existing U.S. military programs have been given approvals, despite delayed execution.

The U.S., much like Russia, has more warheads than any other country, but the Asian countries are catching up. John Kirby, the Pentagon Press Secretary, told the Financial Times: “We have made clear our concerns about the military capabilities China continues to pursue capabilities that only increase tensions in the region and beyond.” China is building around 250 missile silos and China’s military, the People’s Liberation Army (PLA), may aim to confuse and distract rival forces with their placements.

Since Biden assumed office, the Pentagon has avoided confirmation of such Chinese developments in a direct manner. However, General Mark Milley, a top U.S. military official, did not mince words on the matter. He said in a recent interview that the event was quite concerning. Nuclear arms experts think the advanced hypersonic missile may be able to evade U.S. military defense systems. A hypersonic missile moves five times faster than sound. So they may be harder to intercept or even detect in time. China is also resorting to a technique called Fractional Orbital Bombardment to bypass U.S. missile defenses.