432 Hz: The Mysterious Frequency of Music and Sound 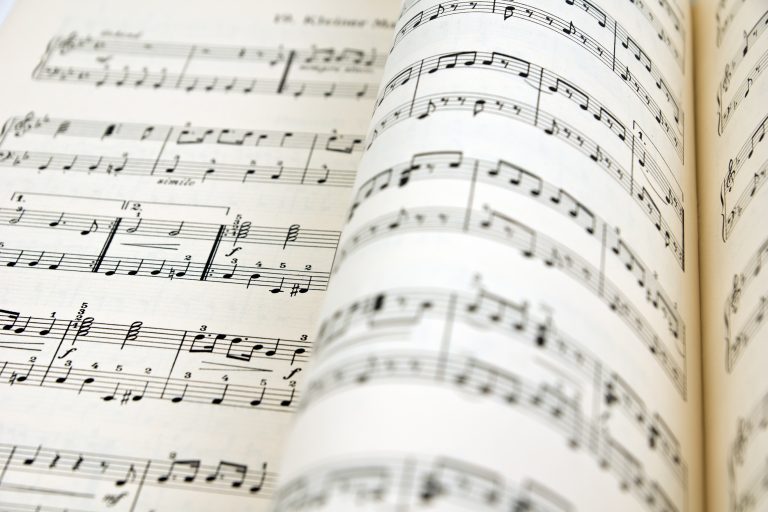 In Kansas City, in the U.S., there is a woman named Marissa McCracken. When she hears music, colors and amplitude patterns naturally emerge in front of her eyes, which she then paints into colorful paintings. This neurological trait is known as synaesthesia. From Melissa’s paintings, we can see that different musical tunes manifest different colors and patterns, with 432 Hz being the most harmonious.

John Stuart Reid, a British acoustical engineer invented an instrument called CymaScope for research in the field of phonetic flow. When sound encounters a surface, such as human skin or water, it leaves an invisible imprint of energy patterns.

Perhaps you have heard of the healing power of 432 Hz, which is considered the most “harmonious melody in the universe” and is said to be able to purify the mind, relax the body, and even have a healing effect.

Brian T. Collins, a famous Scottish composer, asked John Reid to test the effect of 432 Hz on the water with the CymaScope. They found that every time the image of 432 Hz was generated, a triangle would manifest.

Initially, they thought there was something wrong with the CymaScope, however, after trying for more than an hour, they concluded that the number 3 was associated with 432Hz. This is also the mysterious number that the Serbian-American inventor Nikola Tesla believed was related to the universe.

Everything has a specific vibration frequency, and people and objects that have a similar frequency are attracted to each other. Frequency and vibration have a very important impact on our lives, our health, and the environment.

We know that when sound waves propagate into a particular physical medium, such as sand, air, and water, their frequency causes a direct effect on the structure of the medium. For example, sound waves can shatter glass. Similarly, the music you listen to has the same magical power to affect your brain, body, and mind.

Music has the power to permeate and influence. When an entire city or country likes a certain band or music, it implicitly reflects the overall frequency of consciousness. In turn, this music influences the collective consciousness of a populace.

You may have noticed a common phenomenon where a shopping mall will play loud and noisy music that makes customers hyperactive and rash. This affects their psychology, leading them to make impulsive shopping decisions. On the contrary, classical music brings about a completely different effect.

The City Mall and surrounding area in Christchurch, New Zealand, was originally a high crime area. In June 2009, the mall began playing Mozart and other 18th century musicians all day long. Later, they found that there was a significant reduction in violence and other crime.

Records show that in October 2008, there were as many as 77 crimes a week, as well as 16 cases of drug and alcohol-related disturbances. However, by 2010, almost no crime occurred. As a result, many businesses are now playing classical music, and even other cities, such as Auckland, began to adopt this measure.

In addition to shopping malls, classical music is now being played worldwide on farms to stimulate milk production that is healthier and tastier. It can also stimulate hens to lay more eggs, and help pigs, cows, and other animals stay healthy.

Even a new industry chain was created to promote meat, eggs, grains, vegetables, fruit, and other food production through listening to classical music. These products carry a hefty price tag; however, the taste, quality, and nutritional value are much better than regular foods. Music plays a significant role for not only people, but many kinds of beings. So among the various types of music, how do we distinguish which is good or bad?

Although coming from different periods and seemingly unrelated civilizations, the instruments of ancient Greece, ancient Egypt, and more distant civilizations, such as the Tibetan singing bowl, the African kora, ancient Greek harp, and the earliest known Dutch recorder all have one thing in common — their A tone vibrates at 432 Hz.

Could it be that music is an art born from intuition, so people all over the world create music according to their most instinctive intuition? Not only these instruments, but also familiar musicians like Mozart, Beethoven, Verdi, Bach, and even the more recent Bob Marley and John Lennon all composed with a pitch at 432 Hz.

However, this long tradition has not been passed on to today’s society. Since 1953, the world’s ISO standard for scales has been 440 Hz, 8 Hz higher than the 432 Hz that has been widely used for many years.

Music scholar Maria Renold, evaluated thousands of people from many countries over 20 years to examine how they felt when they heard each standard. She found that 90 percent prefer to listen to the standard 432 Hz. When asked to describe that feeling, they used words like “round, precise, peaceful, and like the sunlight.” In contrast, they describe the 440 Hz standard as “uncomfortable, stifling, and not open-minded.”

The biggest difference between the two is that 432 Hz is the same frequency as all energy movements in nature and the universe, including the frequency of restoration, relaxation, and peace. And what about 440 Hz? It feels colorful and vivid, but it can make people feel uncomfortable, oppressed, and distracted.

So why was the world’s tuning standard for the middle A on the piano mandated to 440 Hz in 1953? One theory was that Nazi propaganda minister Joseph Goebbels had pushed for this because they wanted to monopolize people’s thoughts and feelings, making them “a prisoner of a certain consciousness.” They thought that this frequency would make the listener more susceptible to mind control, subconsciously unified, and less resistant.

Nowadays, people, especially young people, listen to the music of 440 Hz. Some scientists believe that this causes a decrease in the vibrational frequency of the person, inducing the mind to become destructive, dissonant as well as detached. Worse, it stimulates the human brain to produce discordant resonances, which in turn can lead to various diseases and social conflicts, and even wars.

The role of good music synchronized by healing frequencies

In contrast, when you hear good music synchronized by healing frequencies, your body and mind will vibrate in harmony with it. Good frequencies also include the following:

Nikola Tesla said: “If you wish to understand the Universe, think of energy, frequency, and vibration.”

Music has so many amazing functions and healing effects, so what is the hidden mystery behind music?

The mystery of music

In some cultures, such as records in ancient Chinese texts, it is said that goddess Nüwa followed the laws of the Sun, Moon, and stars in the universe and created music. Legend tells in the initial stage of creating the world, all beings and matter within the universe were making a panoply of sounds that were not necessarily in harmony. This music was created to bring positive energy and harmony to the universe.

In Chinese, the word “music” is the same character as “happiness.” Therefore, the origin of music is said not to be for human entertainment, but for regulating nature and bringing a perfect order and standard to all things in Heaven and Earth.

In ancient Greek mythology, it is mentioned that human civilization was created and controlled by the gods, for example, Apollo was in charge of literature and arts and sent down nine muses in charge of music, history, poetry, drama, and dance. So the English word “music” is derived from the ancient Greek word mousiké, which means “art of the muses.”

For a long time, both in the East and the West, it is believed that the gods walked alongside men, leaving many miracles and mysteries within the culture they left behind for mankind. From this, we realize that the original purpose of music was the edification of the human heart and the normalization of the order of all things.

This role has continued throughout history, but it has become more obscure during modern times. Instead, the role of music for entertainment has taken the lead. Especially in modern times, music’s role of edification has almost been destroyed, gradually becoming a tool of indulgence and desire.

Please watch the following video 432 Hz: The Mysterious Frequency That You Didn’t Know About: