Chuck Feeney, a Humble Billionaire Who Gave Away His Money 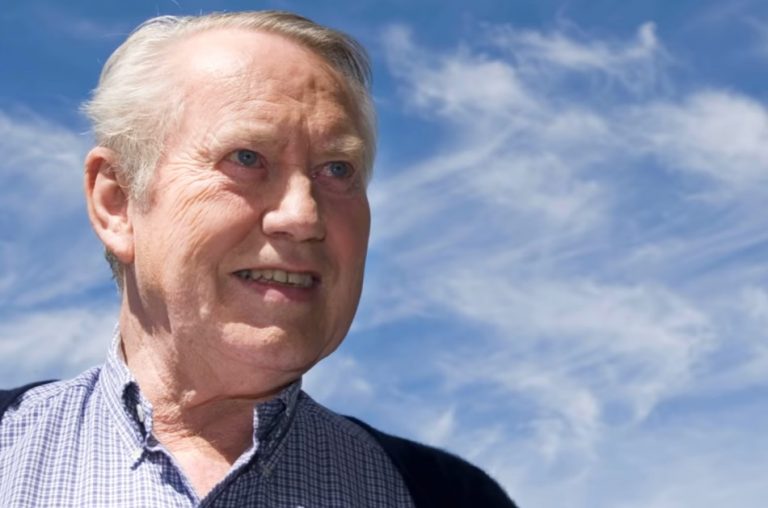 Over the last 4 decades, Chuck Feeney has donated a whopping US$8 billion to charitable entities. (Image: atlanticphilanthropies.org via YouTube)

It is not rare to come across wealthy people or at least read about them. Anybody with access to the web and interest in worldly things knows one or more billionaires, as it is. However, it is indeed rare to find a billionaire who has the guts to give away his wealth without having many doubts or expectations. One such rare billionaire is Chuck Feeney and his life story will leave most people amazed. The former co-founder of Duty Free Shoppers gave away all his wealth to charitable entities, without bothering about amenities and luxuries, unlike other wealthy people.

Chuck Feeney set up the retail brand Duty Free Shoppers in 1960 and over the decades, it became one of the top players in this sector. He earned a huge amount of money, but he did not live a luxurious life. On the contrary, he led a frugal life. All his life he donated his money to charities. The idea he has is that one should learn to give while he is still alive instead of donating money after death. He said in an interview with Forbes: “We learned a lot. We would do some things differently, but I am very satisfied. I feel very good about completing this on my watch. My thanks to all who joined us on this journey. And to those wondering about Giving While Living: Try it, you’ll like it.”

Astounding as it may sound to many, over the last 4 decades, Feeney has donated a whopping US$8 billion to charitable entities. He set up a foundation named the Atlantic Philanthropies for this purpose. He also donated a large sum to a number of universities. For himself and his spouse, he kept US$2 million for their retirement. The great thing about his acts is that he donated silently without seeking any kind of publicity. This is in stark contrast to a number of wealthy philanthropists who ensure their acts of charity are publicized well.

While Feeney ensured his charitable activities were kept a secret, it is no longer so. His philanthropic and humanitarian acts have inspired other wealthy individuals and entrepreneurs and they have also resorted to similar charitable measures. His generous acts have motivated stalwarts like Warren Buffett and Bill Gates as well. Warren Buffett, the Chairman and CEO of Berkshire Hathaway, said in an interview: “Chuck was a cornerstone in terms of inspiration for the Giving Pledge. He’s a model for us all. It’s going to take me 12 years after my death to get done what he’s doing within his lifetime.”

Chuck Feeney donated his wealth to resolve some of the issues that affected thousands of people in various parts of the world. He donated money to resolve issues like peace in Northern Ireland, revamping Vietnam’s health care system, and enhancing Roosevelt Island in NY. Almost US$3.1 billion was donated by him for education, and over US$870 million was spent on human rights and social issues. His parting gift was US$350 million to Cornell University for setting up a new technology campus. All through his career, he kept on donating money.

After donating away a majority of his wealth, Feeney closed the Atlantic Philanthropies. The closing ceremony took place in September 2020. Chuck Feeney never forgot his roots regardless of how much money he made in his lifetime. He belonged to an Irish-American immigrant family and had a humble beginning. It is hard to believe, but this billionaire did not use personal vehicles, lived in a rented apartment, and flew economy class. He is among the few wealthy persons who never let success go to his head.

He kept on donating without anyone knowing about it until 2005 when noted journalist Conor O’Cleary published his biography. The story of the billionaire that gave away his money shook the tech billionaires and tycoons and many of them regard him as a role model now.